Houston police are asking the public for help finding any clues or suspects related to the deadly crime. 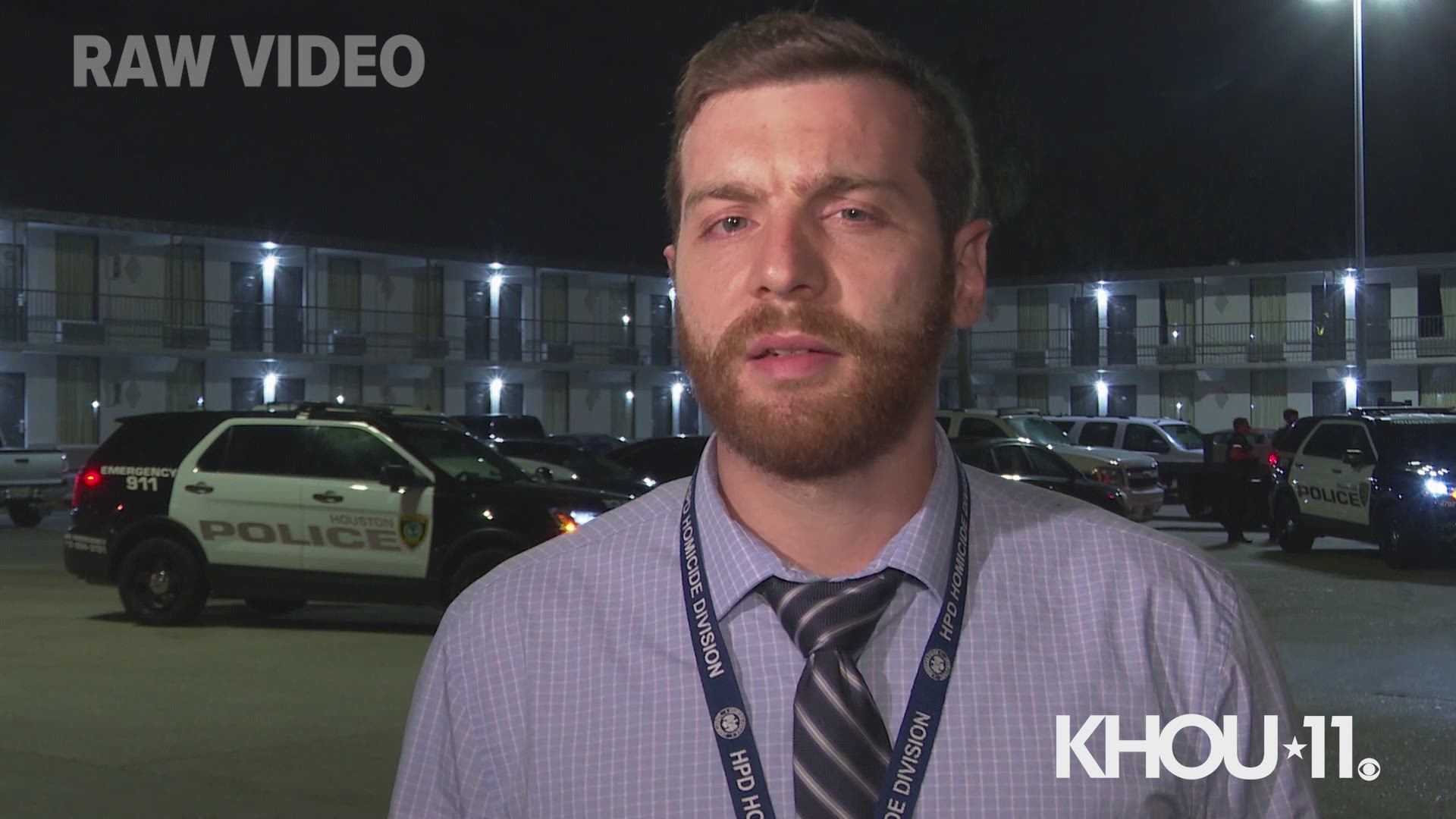 HOUSTON — One man is dead and another is in critical condition after a fatal shooting Saturday night at a motel in the Houston area, according to investigators.

They believe the shooting took place inside a motel room.

Houston police responded about 8:45 p.m. to reports of a man shot at a the Greenchase Inn along the North Freeway.

Officers tried to save the 55-year-old victim's life, but he was later pronounced dead at the scene by paramedics.

Investigators said the other victim was taken to the hospital with a gunshot wound to the leg and torso. He was last reported to be in critical conditon.

It's still unclear what led to the shooting, and police are asking for the public's help finding any leads or possible suspects in the case.