Nearly 900 pounds of methamphetamine was seized at the border. 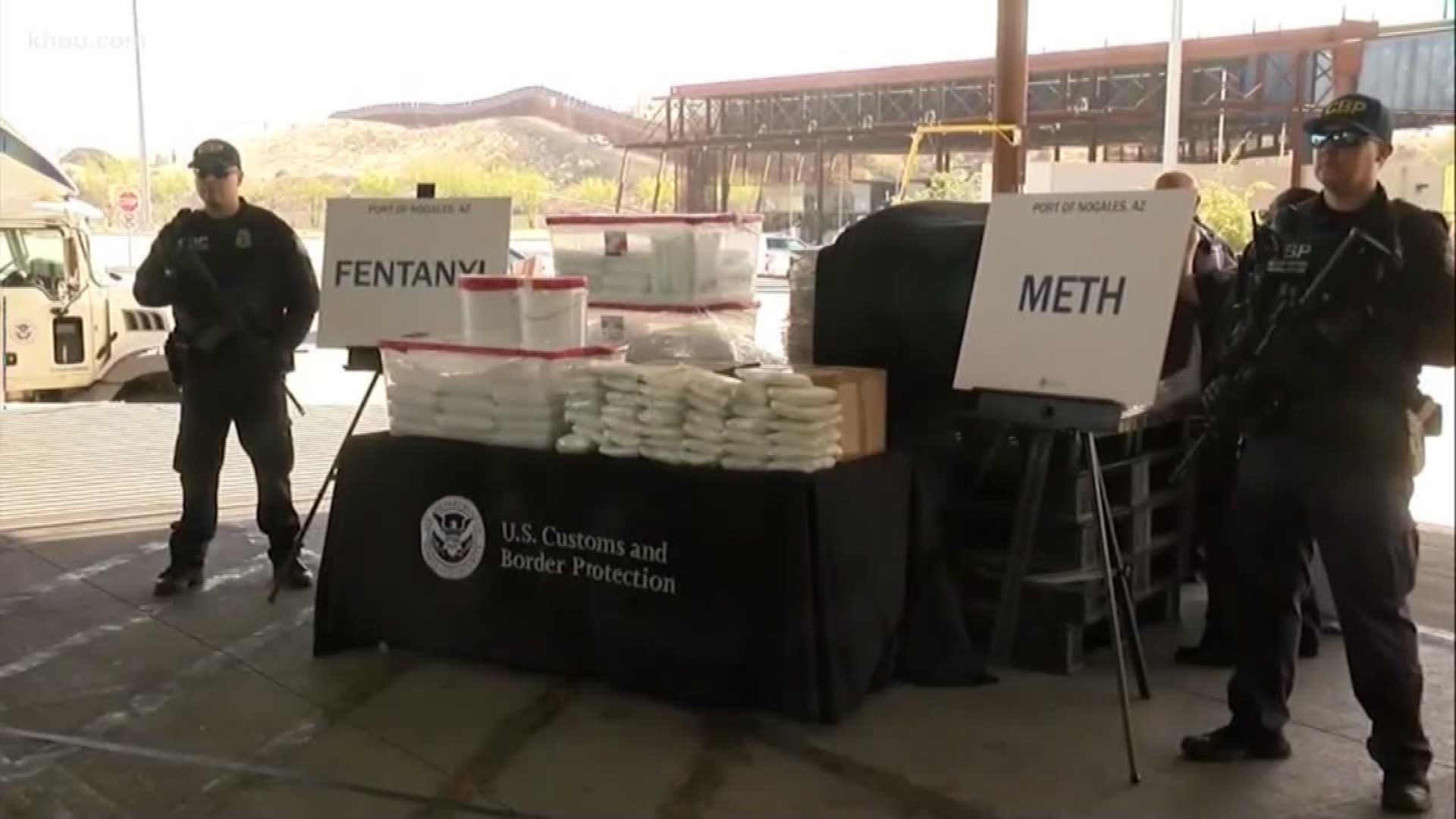 PHARR, Texas — Editor's note: The video above is from a report in January, not the drug bust reported below.

More than 1,100 pounds of drugs were seized by border patrol agents at a cargo facility in Pharr, Texas, earlier this month.

On Feb. 16, authorities said a CBP officer referred the shipment for further examination. When authorities used non-intrusive imaging equipment to see what was in the trailer, they discovered 432 packages hidden in the shipment.

“This was truly a notable seizure in the commercial environment,” said Port Director Carlos Rodriguez. “Our officers’ ability to maintain an excellent enforcement posture while keeping trade flowing and uninterrupted is one of our main priorities.”

The drugs were seized and the case remains under investigation by Homeland Security Investigations.

RELATED: Man arrested in Arizona with nearly $4 million worth of drugs in his car

RELATED: Someone tried to smuggle liquid cocaine into Houston by putting it in shampoo bottles

RELATED: Customs agents seize more than $31 million in cocaine at Port of Savannah