Keough’s conviction includes a 90-day driver’s license suspension and the maximum $2,000 fine. He was also required to pay court costs. 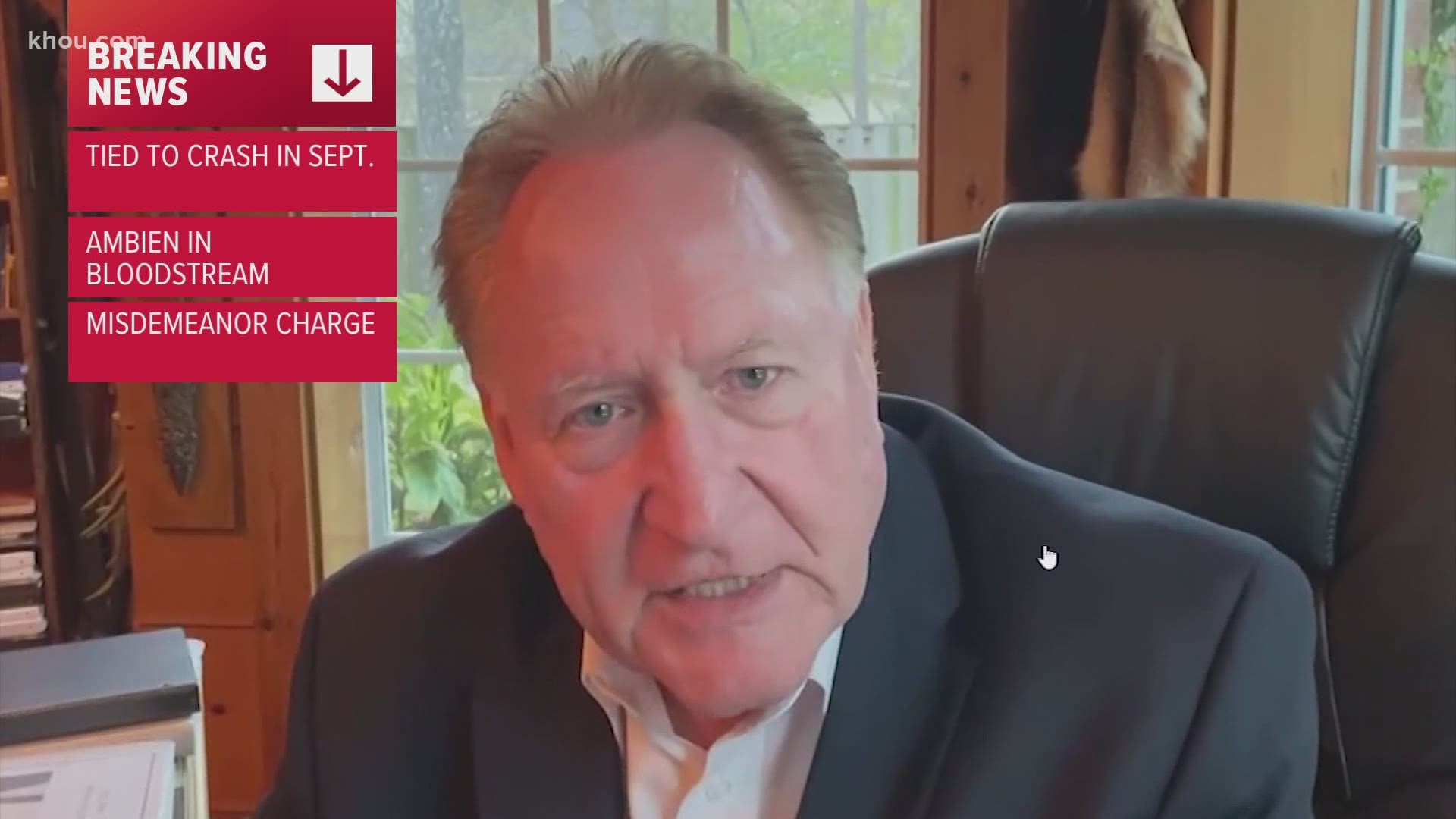 Keough’s conviction includes a 90-day driver’s license suspension and the maximum $2,000 fine. He was also required to pay court costs.

Editor's Note: The video above is from the Dec. 8 report of Keough being charged.

The charge stemmed from a three-car crash in The Woodlands on Sept. 10.

Keough was involved in a wreck with a Montgomery County deputy constable and a third driver at the intersection of Blue Fox and Grogans Mill roads.

Troopers said the judge lost control of his car and struck the civilian's car first, and then the deputy's vehicle was struck.

Keough was badly injured and needed surgery. The Montgomery County Pct. 5 deputy constable was hurt in the crash but was treated at a local hospital and released. The civilian driver wasn't injured.

According to court records, Keough had Ambien – a sleeping medication – in his system the day of the accident.

Keough responded by releasing a Facebook video following the crash, saying the sleep aid was legally prescribed and monitored by his doctor.

“I want to make it abundantly clear to you there was no alcohol present,” Keough said. “There were no illegal substances present at the time of the crash. The allegations are that my legally-prescribed and physician-monitored sleep aid was in my system at the time from the night before. According to the information I received, the sleep aid in my blood was within normal therapeutic levels and I assure you was taken according to my physician’s orders.”