When Michael Hubachek was 19, he was forced to walk down the street holding a sign saying he killed two people while drunk driving. 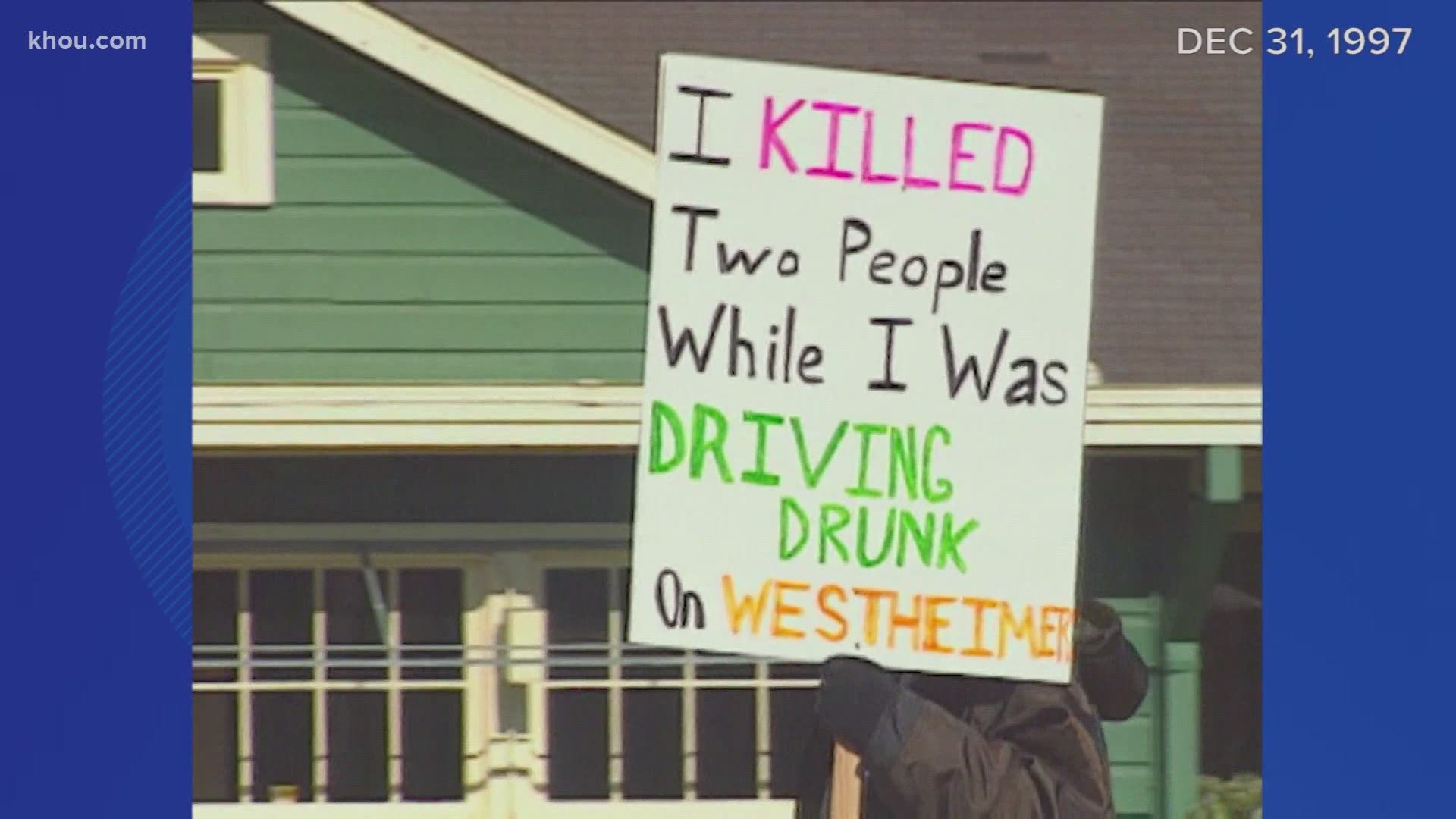 HOUSTON — It was a unique punishment, walking down the street holding a sign saying he killed two people while drunk driving in 1996.

That was when Michael Hubachek was 19 and sentenced to what Judge Ted Poe called shock probation.

Fast forward to today, Hubachek is back in the headlines.

“I’m not surprised by this at all," said Barbara Davis, the widow of Steven Davis who was killed along with the family’s nanny Marlena Belen-Martinez in the 1996 crash. “Still our families are suffering because of his irresponsible behavior.”

When Hubacek made his initial court appearance before bonding out of jail, KHOU 11 News learned one of the alleged victims said she was staying at the Sober Living Center.

She called Hubacek her counselor, saying he took her out to dinner and then allegedly sexually assaulted her at his apartment in return for promising to write a letter to the judge over her case.

“He’s prepared to maintain that he’s innocent, that he’s not guilty of these charges," Brent Mayr, his defense attorney, said.

Mayr said one of these alleged victims came forward in 2018, but no charges were ever filed. He added Hubacek cooperated with police and it was consensual.

“These are people he wanted to help and now he is being accused of these things, it’s another tragic event that we are going to have to deal with, but he’s willing to fight and he’s willing to get through this," Mayr said.

More than two decades later, Davis says she has only one wish.

“My hope is justice is served, because I didn’t get justice when he got off with basically a slap of the wrist," she said.