Police do not believe METRO bus was intended target of gunfire 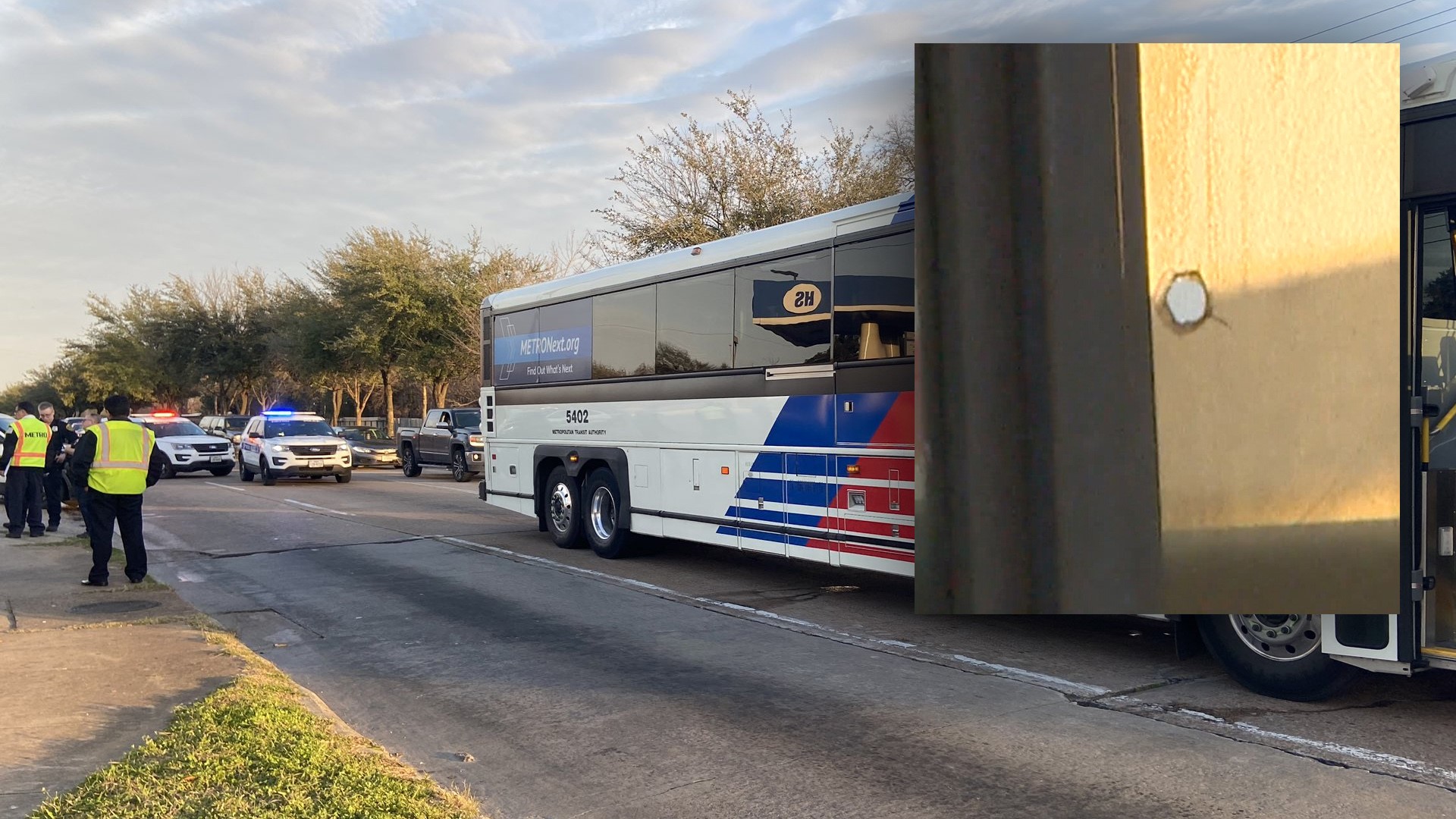 HOUSTON — Police believe a METRO bus struck by gunfire early Monday morning was caught in a gunman's crossfire but was not an intended target.

No one was shot, but at least one passenger had to be treated for cuts from a broken window on the bus.

Investigators with Houston police and METRO police continue to look for the gunman at this time.

The shooting was reported shortly before 6:30 a.m. as the bus was traveling on Veterans Memorial just north of W. Gulf Bank. Witnesses told police the suspect fired about five rounds near the rear of the bus.

A detailed description of the person was not immediately provided by police. There are unconfirmed reports he or she was wearing a blue hoodie and gray pants.

About 15 minutes after the gunfire, police detained one person for questioning. That person, however, was later identified as a victim in the shooting. The teen's mother tells KHOU 11 News her son was waiting for an Uber when he was shot at. Her son took off running to avoid getting shot, she said.

Anyone with information about this crime should call Houston Crime Stoppers at 713-222-TIPS.