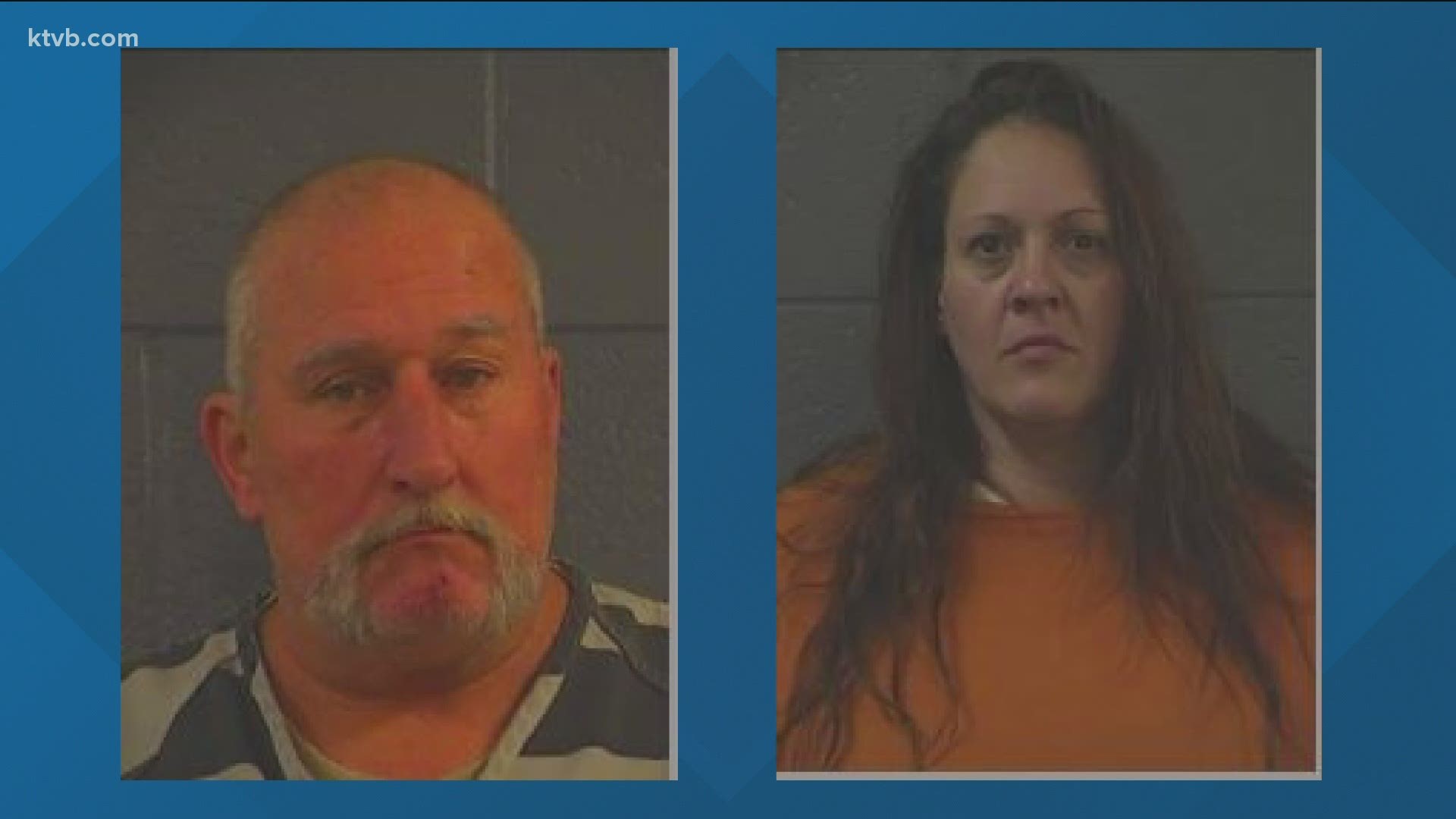 MOUNTAIN HOME, Idaho — Two people were arrested and more than $185,000 worth of drugs were seized during a drug bust this week, the Elmore County Sheriff announced on Thursday.

In a Facebook post, the sheriff's office said deputies arrested two Mountain Home residents after a 9-month investigation into "a major drug trafficking organization that was operating in the Elmore County and Mountain Home area."

James Doud, 59, and Trisha Copeland, 40, were taken into custody on Monday.

Copeland is charged with trafficking in methamphetamine.

A stolen firearm was also recovered, the sheriff's office said.

Both Doud and Copeland were booked into the Elmore County Jail on the felony charges. Doud is being held on a $150,000 bond. Copeland's bond was set at $100,000.