Police said two gunmen pulled up in a vehicle, got out and fired about 39 rounds at a group of men. 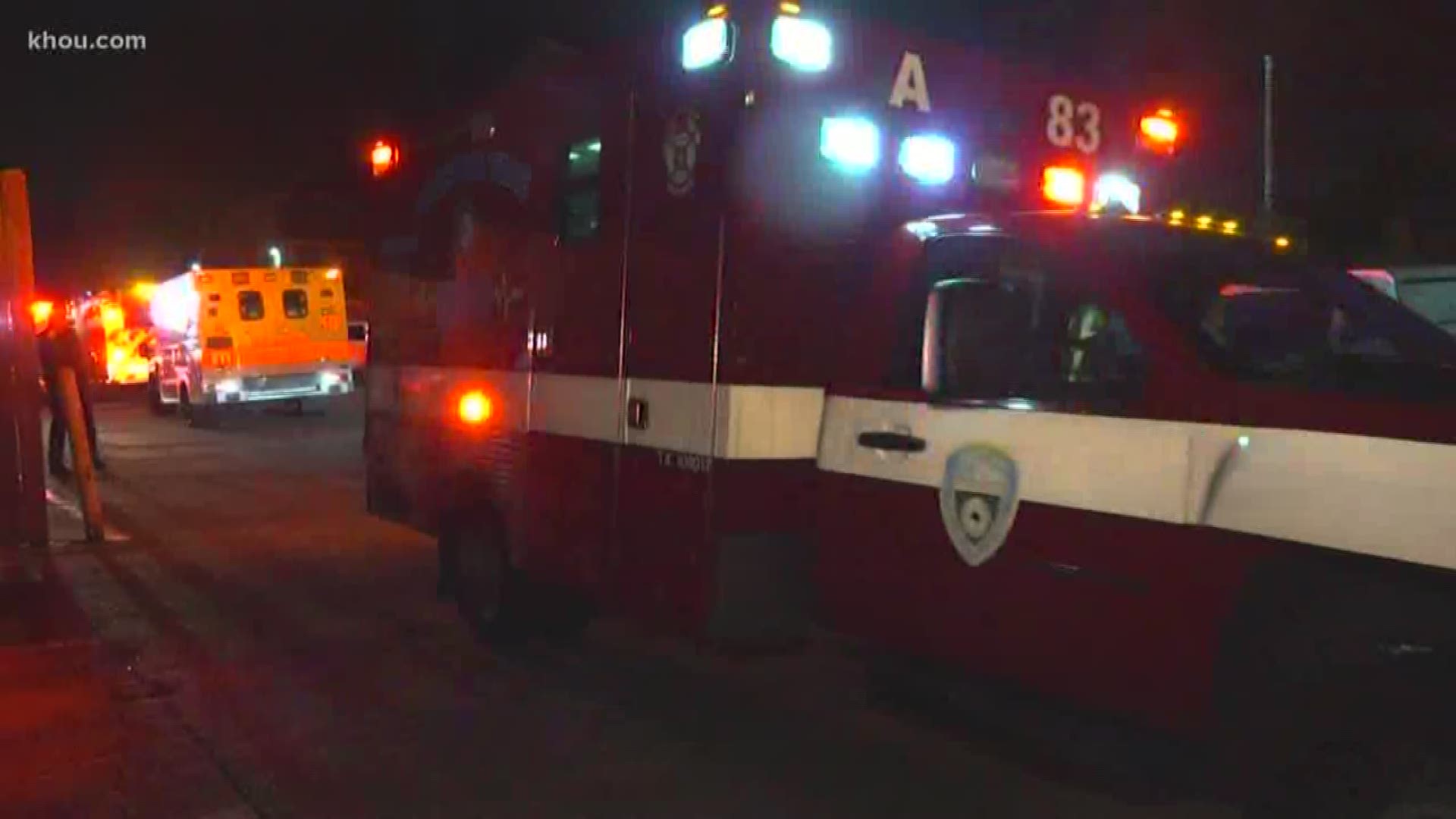 HOUSTON — Houston police officers are looking for the gunmen who shot three people overnight at an apartment complex on the west side.

One person died from their injuries, police said.

A sergeant at the scene tells KHOU 11 News officers responded to the Cambridge Place Apartments in the 10900 block of Meadowglen where there were reports of gunfire at about 12:15 a.m. Thursday.

Police believe a car pulled into the complex shortly before the shooting and two men got out. The men then opened fire on the victims, firing roughly 39 rounds.

Several ambulances responded to the scene, taking two of the victims to Ben Taub General Hospital. But a third victim died at the apartments.

The man who died on scene was shot multiple times, police said. One of the other victims was shot in the shoulder, the other in the torso. Both are expected to survive.

Police spotted a couple of bullet holes in some of the nearby apartments, but it doesn’t look like anyone else was hurt.

The big question this morning is the motive behind the shooting. HPD detectives were still on the scene more than six hours later working to gather clues. Those detectives will be going through the apartment's surveillance video later this morning as there were two cameras near the gate, and images of suspects car may have been caught on camera.