If you have any information regarding the suspect's whereabouts, call Harris Co. Precinct 4 at 281-376-3472. 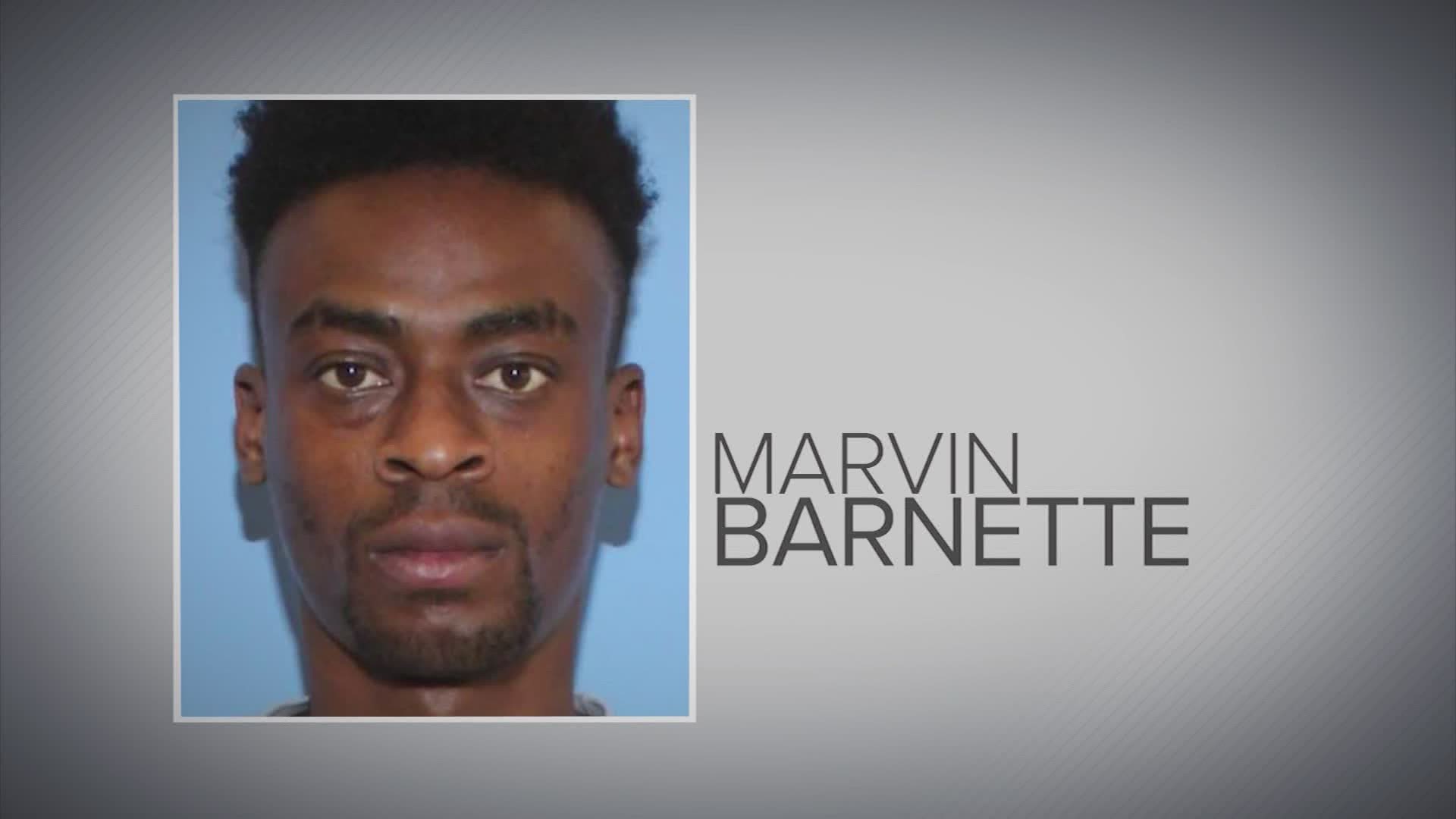 HUMBLE, Texas — Authorities have identified and are looking for the man accused of shooting a father of four during a road rage incident in Humble last month.

According to the Harris County Pct. 4 Constable's Office, 33-year-old Marvin Barnette has a warrant out for his arrest.

He's accused in a shooting that happened after an altercation, that was caught on camera, at a gas station on Kenswick Drive near FM 1960.

The victim and suspect exchanged words after the victim backed his truck up very close to Barnette's car.

Deputies said Barnette followed the victim from the gas station to the 800 block of Stagewood Drive. The victim was then shot.

He was rushed to the hospital and survived, but still needed surgery.

If you have any information regarding the suspect's whereabouts, please call Precinct 4 at 281-376-3472.

READ: Man shot after altercation was caught on camera at Humble gas station