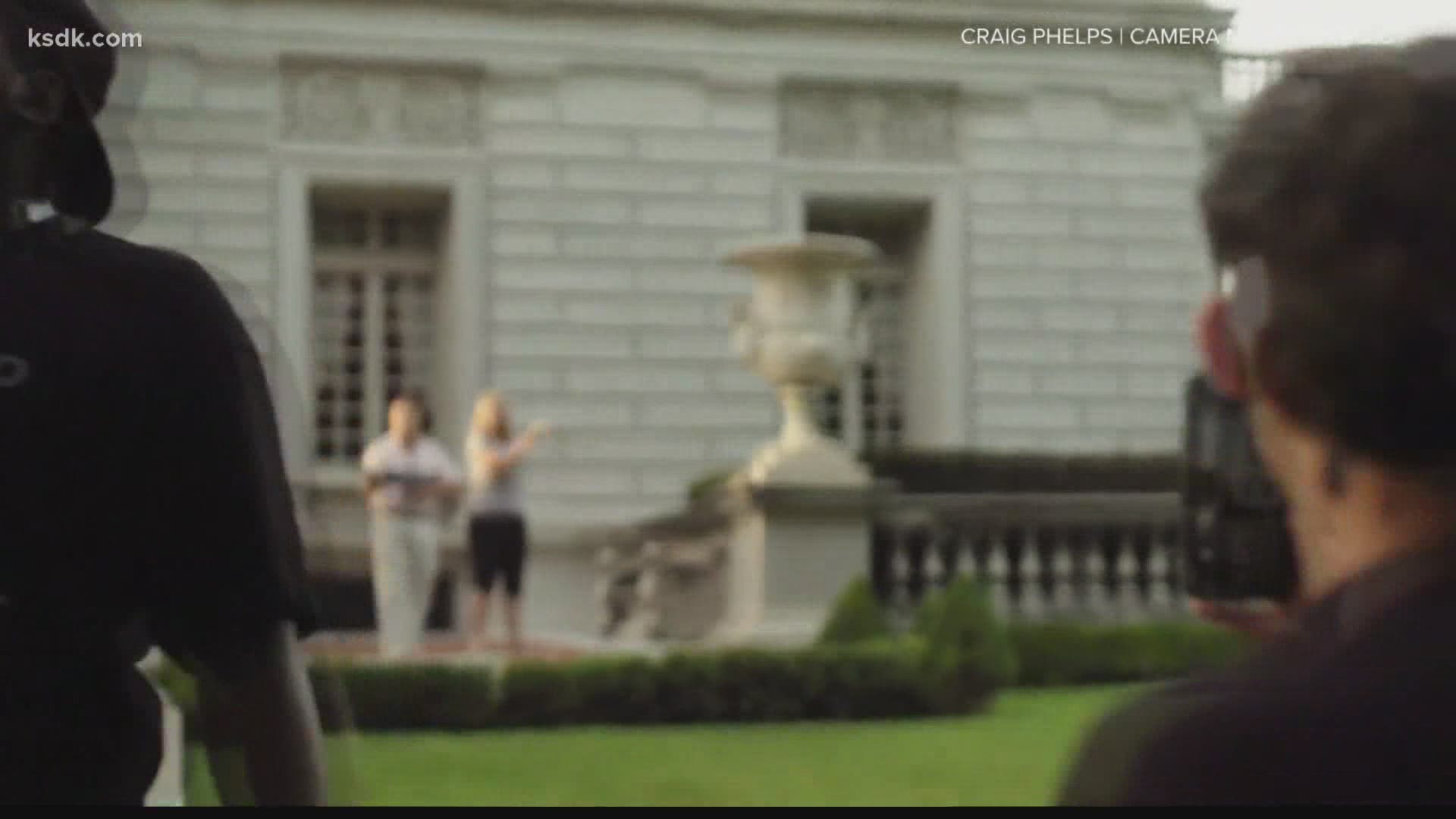 ST. LOUIS — The courts have been pretty favorable to Mark and Patricia McCloskey in St. Louis courts so far, but that changed Friday when a judge denied their motion to send the case back to a grand jury.

Judge David Mason said he wanted to "pencil in" a tentative court date in the case against the St. Louis couple accused of waving guns at racial injustice protesters last summer for Nov. 1.

A St. Louis grand jury indicted the couple in October on felony charges of unlawful use of a weapon and tampering with evidence.

Their attorney, Joel Schwartz, argued the same political "bias" Circuit Attorney Kim Gardner and her office displayed while deciding whether to charge the couple tainted the grand jury proceedings as well. He said newly appointed Special Prosecutor Richard Callahan ought to be the one to present the case to the grand jury instead.

But Mason disagreed, saying Schwartz's motion contained an "awful lot of assumptions," about whether Gardner's prosecutors were biased when the grand jury proceeding occurred.

Friday was the first time Callahan appeared on the case.

Callahan, a longtime judge and former U.S. attorney, was appointed special prosecutor after a judge in December ruled that Gardner created an appearance of impropriety by mentioning the McCloskey case in fundraising emails before the August Democratic primary. Gardner went on to win reelection.

Callahan told Mason on Friday he opposed the motion to remand the case back to a grand jury, but he didn't file a response to the motion because "there is no other case like it in the country."

"We're disappointed in the judge's ruling," Schwartz said. "We believe the recently appointed special prosecutor should be the one to decide what evidence to present to the grand jury to avoid the appearance of impropriety."

The judge also spent some time during Friday's hearing telling both attorneys how he has known each of them professionally and somewhat personally since he was a "baby lawyer."

"I wanted you to know that I knew both of you," he said.

He scheduled another status hearing to take place in 60 days.

Demonstrators were marching to the home of then-Mayor Lyda Krewson on June 28, amid nationwide protests after police killed George Floyd in Minneapolis.

The protesters ventured onto a private street that includes the McCloskey mansion. The couple, both of them attorneys in their early 60s, said they felt threatened after protesters broke down an iron gate and ignored a "No Trespassing" sign. Protest leaders denied damaging the gate and said the march was peaceful.

Mark McCloskey came out of his home with an AR-15-style rifle and Patricia McCloskey emerged with a semiautomatic handgun. Cellphone video captured the confrontation.

Gardner said the display of guns risked bloodshed. A police probable cause statement said protesters feared "being injured due to Patricia McCloskey's finger being on the trigger, coupled with her excited demeanor."

Schwartz, from the outset, alleged that the prosecution was politically motivated.

The McCloskeys emerged as celebrities in conservative circles. They spoke on video during last summer's Republican National Convention, and Missouri Gov. Mike Parson has vowed to issue pardons if they are convicted.

Politico recently reported that Mark McCloskey is considering running for the Senate in 2022, after Republican Sen. Roy Blunt announced in March he would not seek reelection.