The driver is facing multiple charges, including endangering a child and failure to stop and render aid. 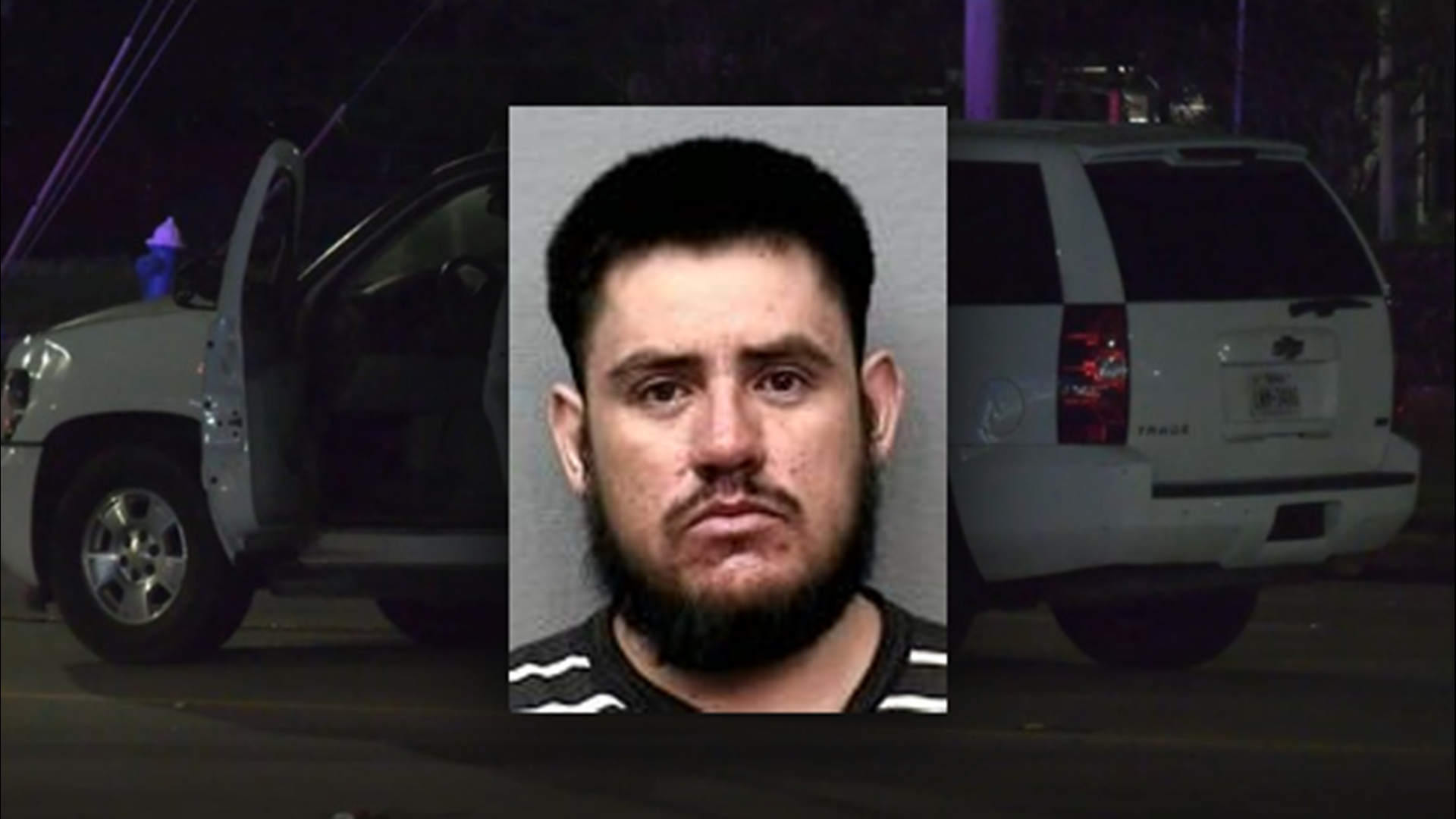 HOUSTON — A woman was killed and a man was injured after police said they were hit by a suspected drunk driver who had young children in his car.

It happened late Saturday night in the 100 block of Aldine Bender Road.

Houston police said the man and woman were trying to cross the roadway and were hit by a white Chevrolet Tahoe that was going about 50 mph. According to court documents, 27-year-old Carlos Aguilar was driving the Tahoe.

Their names have not been released.

Police said Aguilar left the scene, but family members convinced him to return. According to witnesses, he had been drinking before the accident.

Investigators did not say how many children were in Aguilar's car but said there were no car seats inside the car.

The DA's office said they strongly believe intoxication played a role in the crash.

Investigators also learned Aguilar had a felony warrant out for past DWI.