Deputies said the suspects were found with three stimulus checks belonging to other people. 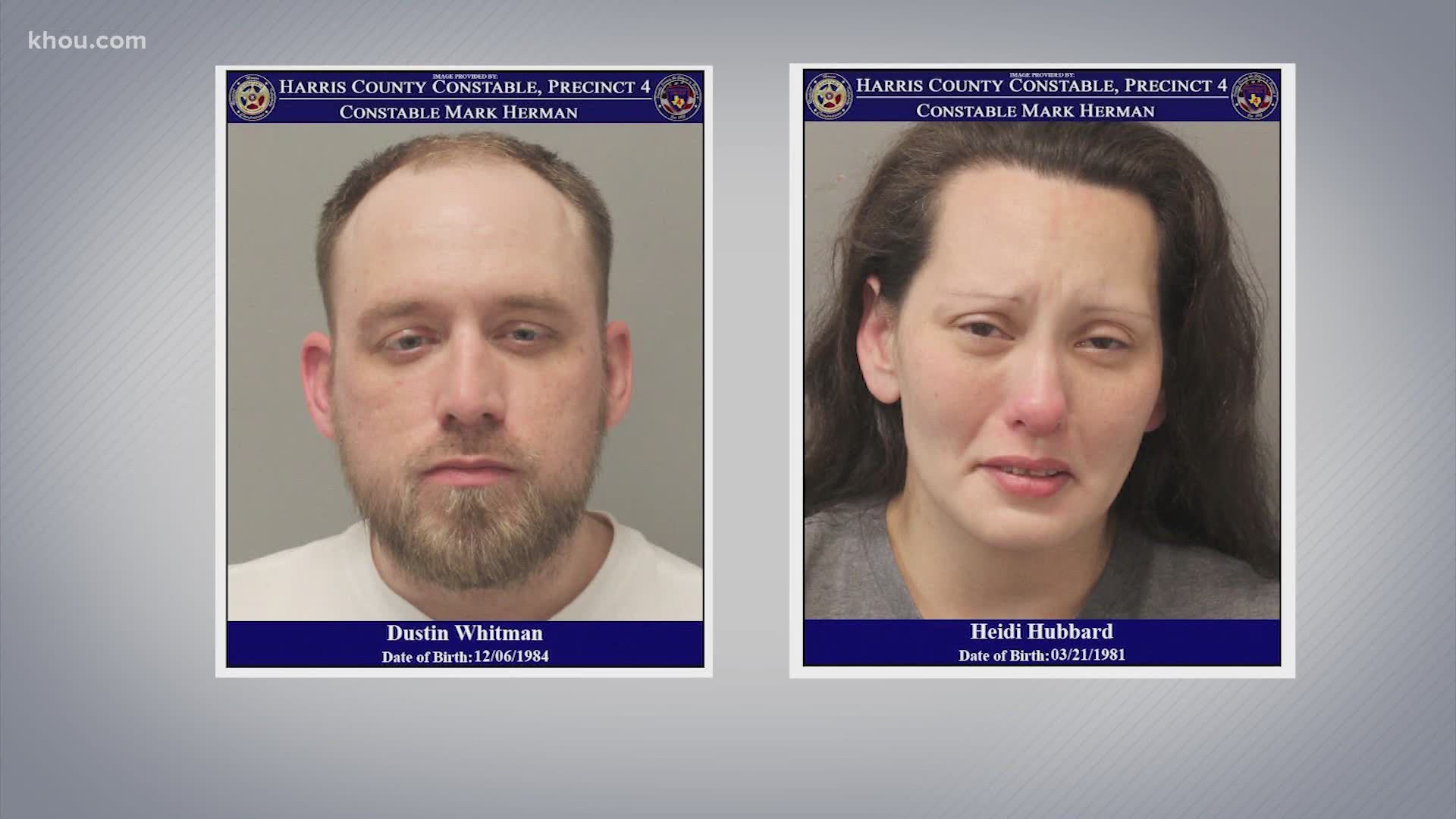 CYPRESS, Texas — A man and woman accused of fraudulent transactions at a Cypress hotel were allegedly found with stolen stimulus checks and drugs.

This happened at the Holiday Inn in the 21400 block of Fairfield Place Drive.

Harris County Precinct 4 deputies said they were called to the hotel when employees were notified of a fraudulent charge made on a credit card the man and woman used for a room.

Deputies went to the room and the man and woman opened the door and identified themselves as Maritza Aleman and Dustin Whitman.

As police investigated the fraudulent charge call, they found the man and woman were in possession of 44 grams of Methamphetamine and 5 grams of Valium.

Deputies also found three stimulus checks belonging to other people in the room.

After further investigation, deputies learned the woman lied about her name and her real name is Heidi Hubbard.

Hubbard and Whitman were ultimately arrested and charged with possession of a controlled substance with intent to distribute. Hubbard was also charged with failure to identify.

Bond has not been set at this time.