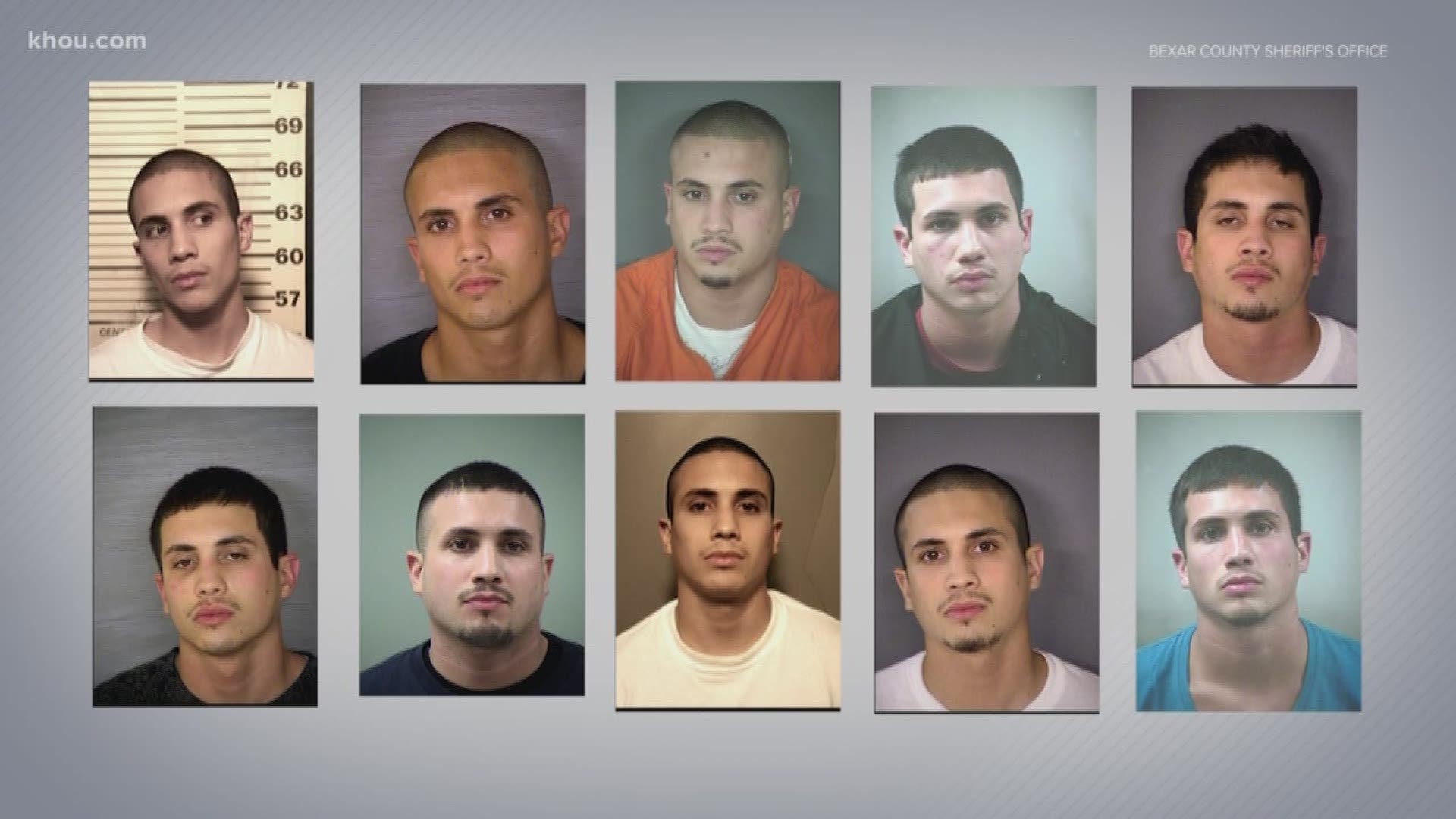 GARLAND, Texas — A man with a history of violent crimes in the Houston and San Antonio areas was shot to death Sunday after authorities said he hijacked a Dallas Area Rapid Transit bus and led police on a chase through several cities.

Ramon Thomas Villagomez's criminal history includes an aggravated assault charge in Brazoria County. He's accused of assaulting a family member in that case. In San Antonio, Villagomez is a murder suspect in his girlfriend's death. Other charges with the Bexar County Sheriff’s Office date back to 2005. In the San Antonio area, he has been convicted of assault, violating protecting orders, evading detention and trespassing. He was also arrested in Pearland in 2009 for evading arrest.

On Sunday sometime before 11 a.m., authorities said Villagomez, 31, got on the bus in Richardson on Buckingham Road and fired a rifle, shattering several windows. He then took the driver and a passenger on the bus hostage, said Pedro Barineau, a spokesman for Garland police.

Villagomez ordered the bus driver to drive them somewhere, though authorities did not know where. An active shootout occurred between officers and Villagomez as police pursued the bus through multiple jurisdictions down President George Bush Turnpike, Barineau said. The chase went through Richardson, Garland, and Rockwall before it ended in Rowlett at PGBT and Liberty Grove Road.

"You could not have asked for a worse situation," Barineau said.

Authorities used spikes to slow down the bus near Rockwall and Rowlett, according to officials. It came to a stop between State Highway 66 and Liberty Grove on the northbound side of the turnpike.

Villagomez then exchanged gunfire with police as he got out of the bus, officials said.

A DART police officer was shot in the leg and a Garland officer was also shot. Both are expected to survive. At least one Rowlett patrol car was hit during the chase, but the officer was not injured.

Villagomez was pronounced dead at the hospital.

The passenger and bus driver were not physically harmed.

More details about the case in Brazoria County are expected to be released Monday.