Police say they also found a sniper canopy, camo tactical gear and a paper referring to school shootings in his truck. 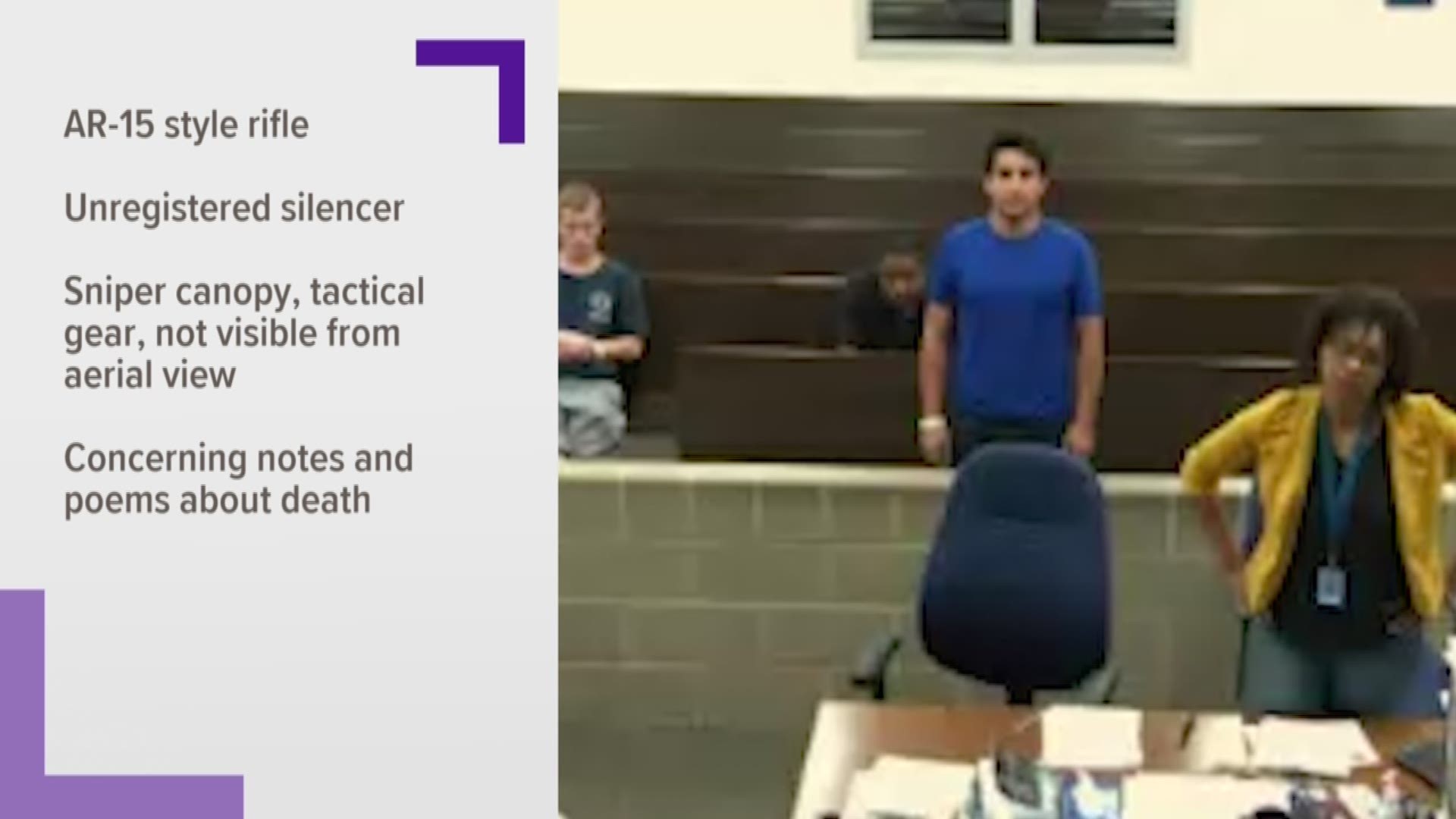 HOUSTON — A man who served as a U.S. Marine was arrested after police say he was found with an unregistered gun suppressor, or silencer, and a paper referring to school shootings.

Houston police say officers were patrolling the area of North Shepherd and Victory early Thursday when they saw a green F-150 truck without a license plate in the rear.

The officers pulled the truck over and conducted a traffic stop.

Montealvo advised he had multiple firearms in the cab of the vehicle, court records state. The officers spotted a tan AR-15 style assault rifle wedged in between the driver’s seat and center console with the muzzle of the rifle pointing downward into driver floorboard.

The officers had Montealvo step out of the truck for safety, including assisting him unbuckling his seat belt due to the rifle being in direct contact with the buckle, court documents state.

Montealvo told police he did not have his driver’s license on him, and he was detained as they investigated. Court documents state the officer discovered Montealvo had 12 active municipal warrants out of the City of Houston, so he was placed under arrest.

Police say they were given verbal consent to search the truck, and they discovered the rifle had a black suppressor on the end of the barrel.

Court documents state one of the officers knew the owner of any suppressor must have a tax stamp showing the suppressor is registered with ATF or the owner would be in violation of the law by possessing a prohibited weapon.

Montealvo served as a U.S. Marine for five years

"I fought for this country, OK," he said in court.

Court records state that during the search officers found papers inside the vehicle stating something to the effect of, “They say I’m the white boy who shoots up schools,” along with poems talking about death.

Montealvo told a judge that he works private security and that is the reason for all the tactical gear.

"I worked private security, that's the reason why for all that gear, and I explained that to everyone that was there," he said in court. "And I cooperated with every law enforcement officer that was there. I explained everything to them. I didn't impede the investigation at all."

Montealvo has an extensive mental health history, according to court records. His attorney said that's not relevant because he's "currently seeing a therapist."