Man who chased egg-throwing teen driver turns himself in

The 14-year-old driver said he was trying to get away from Christopher Lopez when he crashed into a woman's car and killed her, according to investigators. 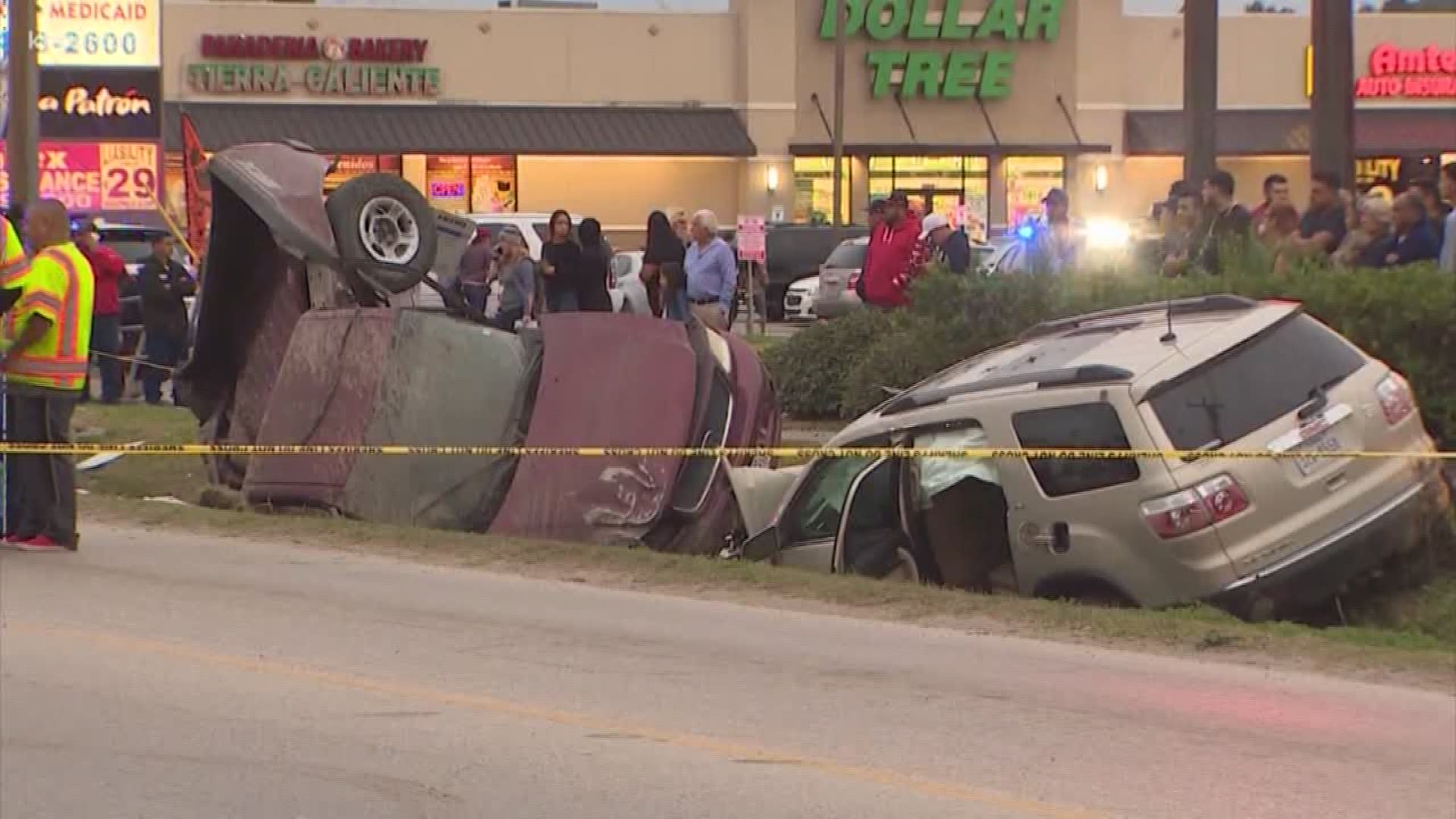 A Harris County grand jury indicted Christopher Lopez Monday for three felonies for his role in a deadly crash where he chased a 14-year-old driver who egged his car.

Lopez turned himself into police around 9:20 p.m. Monday.

The teenager ran a red light and smashed into a pickup driven by Silvia Zavala, 45. She died at the scene in the New Year’s Day incident that ended near Aldine Mail Route and Aldine Westfield.

Lopez, 48, is charged with manslaughter, failure to stop and render aid and aggravated assault with a deadly weapon.

The 14-year-old driver had already been charged with murder in the case.

"I feel bad for him. He’s just 14 years old but he took my entire life away from me," Jessica Gaspar told KHOU 11 News earlier this month. "Even though he’s 14, he took my mom’s life away. He took it. And she was the only one I had."

Harris County Sheriff’s deputies said the three teens were in a gold-colored GMC Arcadia throwing eggs at other vehicles.

One egg reportedly hit Lopez's Lincoln so he started chasing the teens.

The teen driver told investigators Lopez was waving a gun at them and they were trying to get away from him when the crash happened.

Lopez faces up to 20 years in prison if convicted of any of the charges. He is being prosecuted by the Vehicular Crimes Division of the Harris County District Attorney’s Office.

The teen's name hasn't been released because he is a juvenile.