When asked why he stole the vehicle he allegedly told deputies he needed a ride. 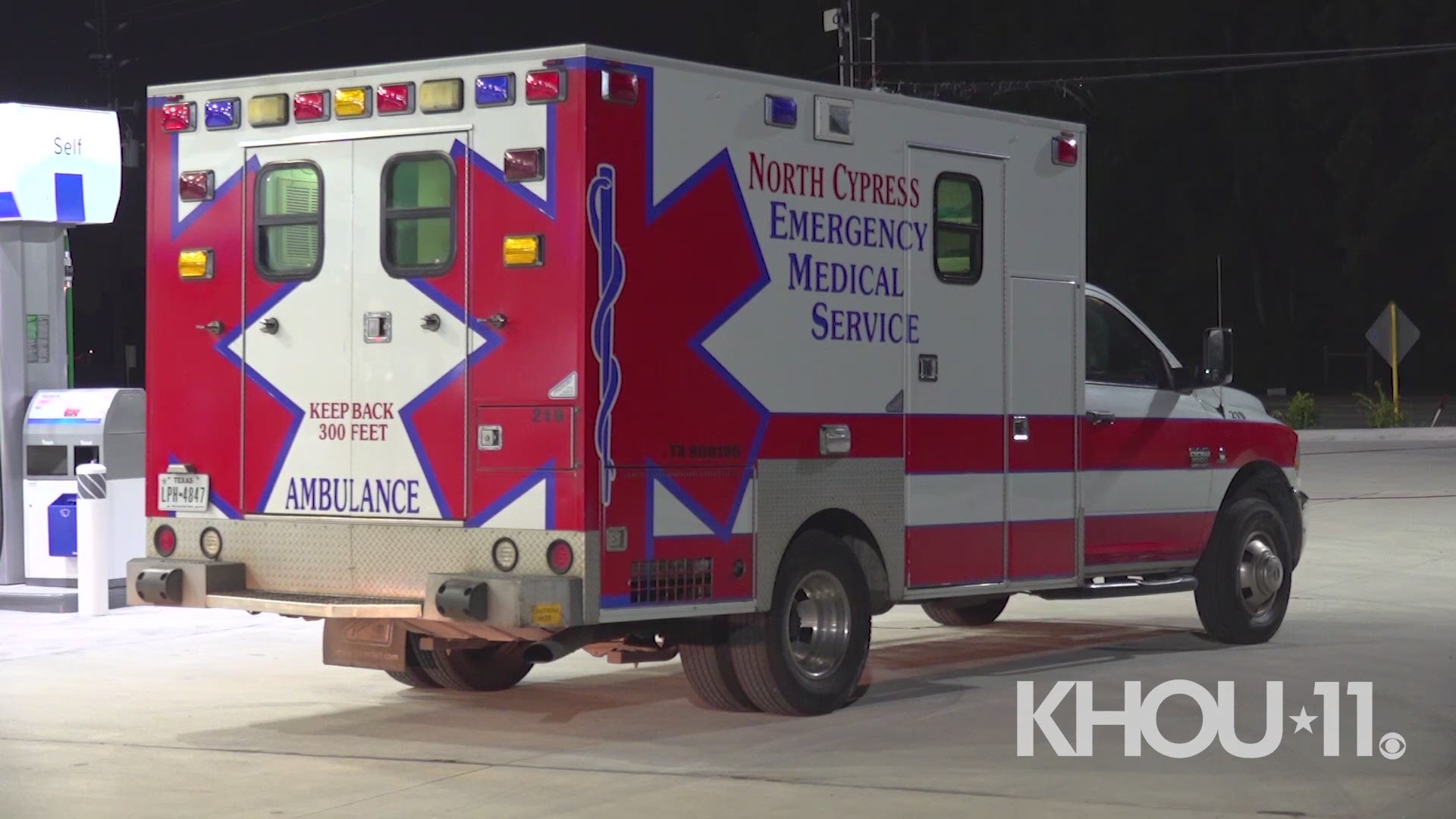 HARRIS COUNTY, Texas — A man in his 60s was taken into custody early Thursday morning after he allegedly stole an ambulance to make a food and cigarette run.

The ambulance was stolen from outside Cypress Creek Hospital, which is a mental health facility, deputies with the Harris County Sheriff’s Office said.

Authorities were able to electronically track the ambulance a couple miles south of there at a gas station on W. Richey at Ella.

When deputies arrived, they opened the door to the ambulance and found the suspect inside with fried chicken and cigarettes. They asked why he stole the vehicle, and he said he needed a ride.

The man got out and was taken into custody without further incident. He will be charged with unauthorized use of a motor vehicle, deputies said.

The sheriff's office has not released the man's name. Deputies said he was previously a patient at the hospital where he stole the ambulance.