Houston police have no suspects in custody. Anyone with information is urged to call HPD Homicide at 713-308-3600. 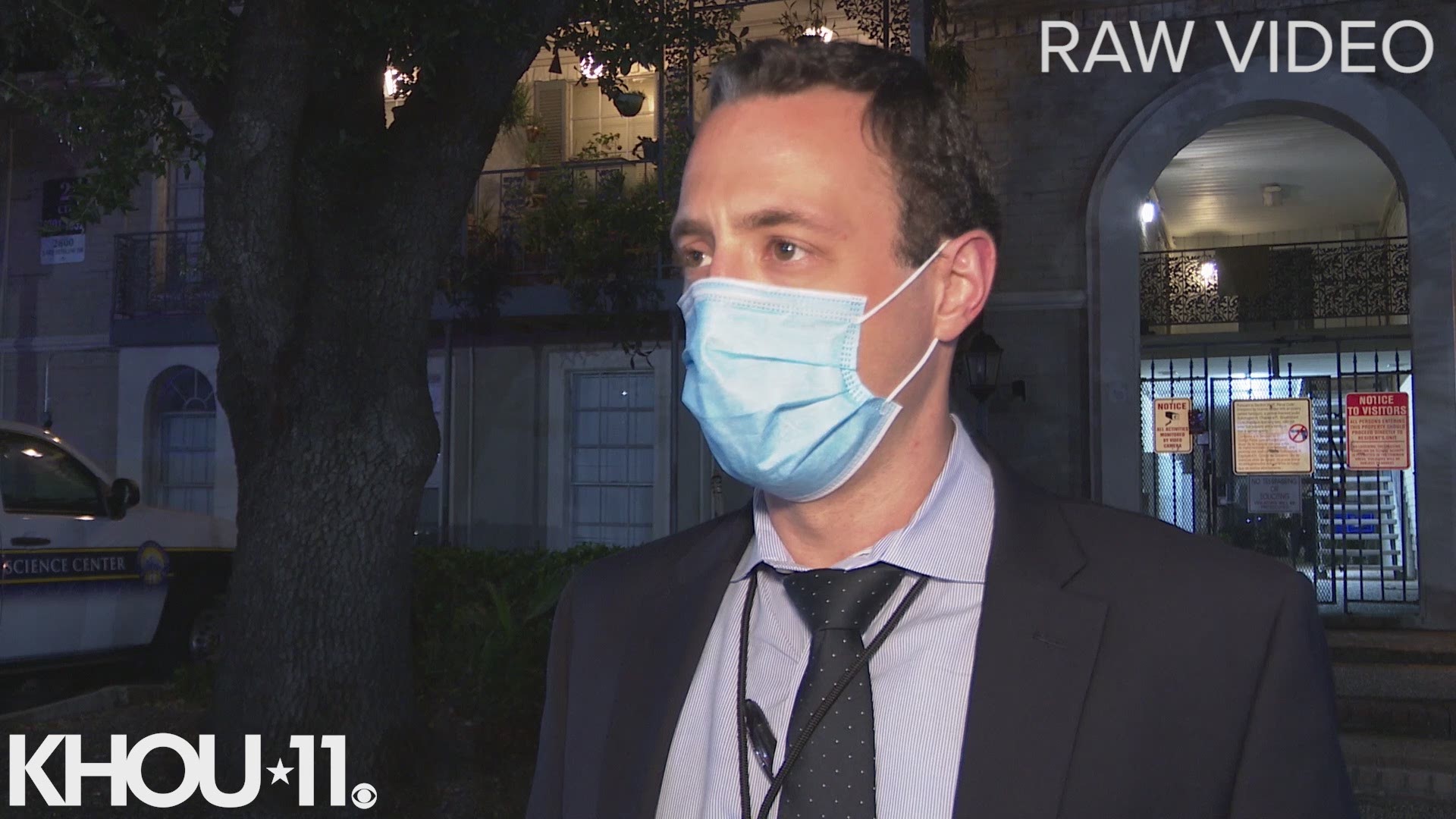 HOUSTON — A man was shot and killed walking outside of his apartment in west Houston.

This happened at about 10 p.m. Friday in the 2600 block of Lazy Hollow Drive.

According to Houston police, the man and a woman were inside of their apartment when they heard a rock crash through a window.

The woman told police the man went outside to see what was going on, and about five minutes later, she heard gunshots. The man was shot in the chest.

He was taken to Ben Taub hospital where he was pronounced dead.

Houston police have no suspects in custody.