A suspect is in custody. 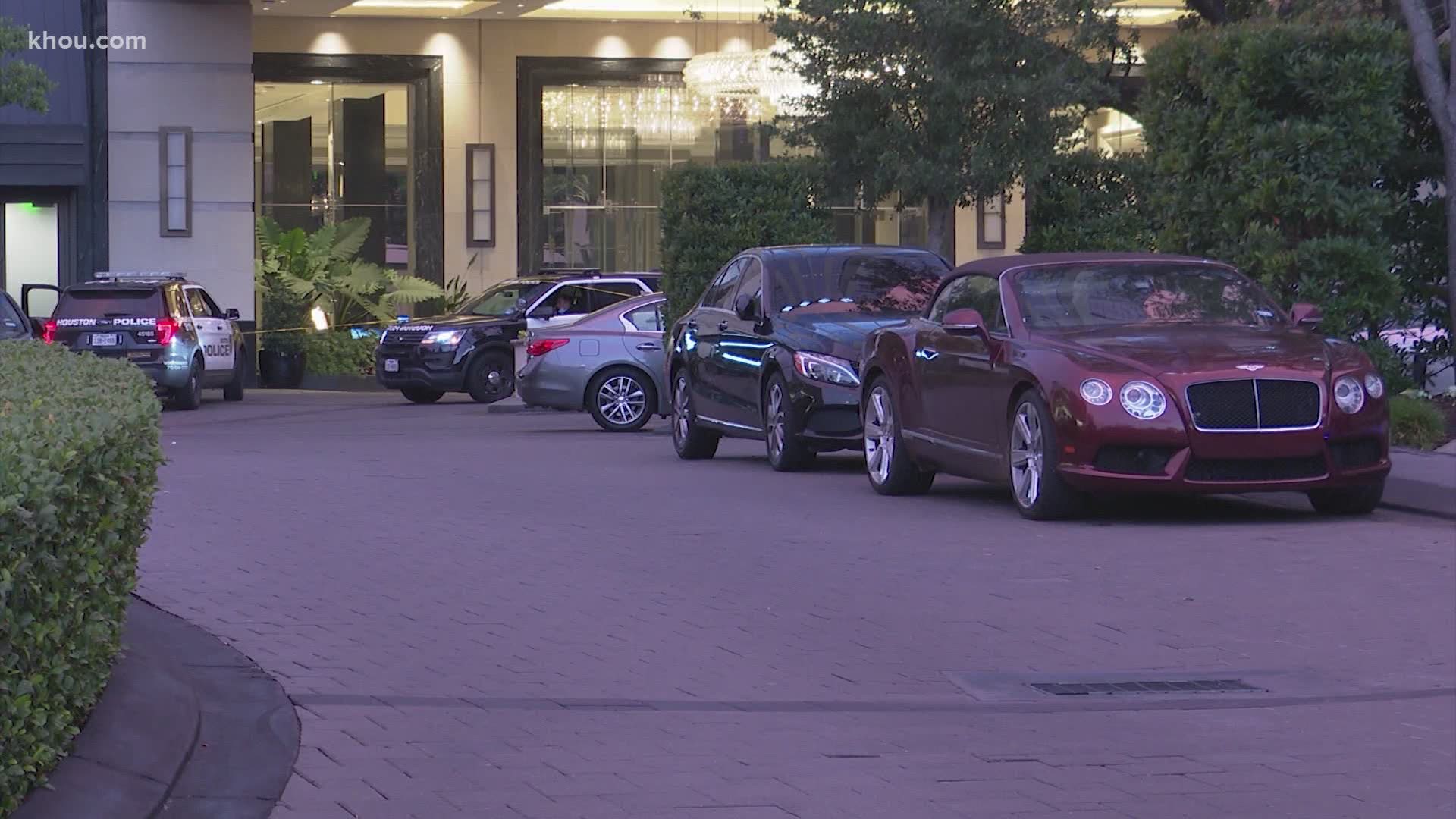 HOUSTON — A man is in custody after a shooting at the Post Oak Hotel near the Galleria.

This happened Sunday shortly before 5:30 a.m.

Houston police said two men from out of town got into an argument inside the lobby of the hotel. Shortly after, one of the men pulled out a gun and shot the other in the front entry of the hotel.

The victim was shot several times, police said. He was taken to the hospital by a friend where he was listed as critical.

Officers said they found several shell casings at the scene.

The suspect, identified as Kevin Rafael Wright, 31, of Georgia, was taken into custody and charged with aggravated assault with a deadly weapon.

The victim, also 21, was taken to a local hospital.

Houston police praised the hotel employees for being supportive and helpful during this investigation. There is surveillance video of this shooting.