The man was taken to a hospital where he died. 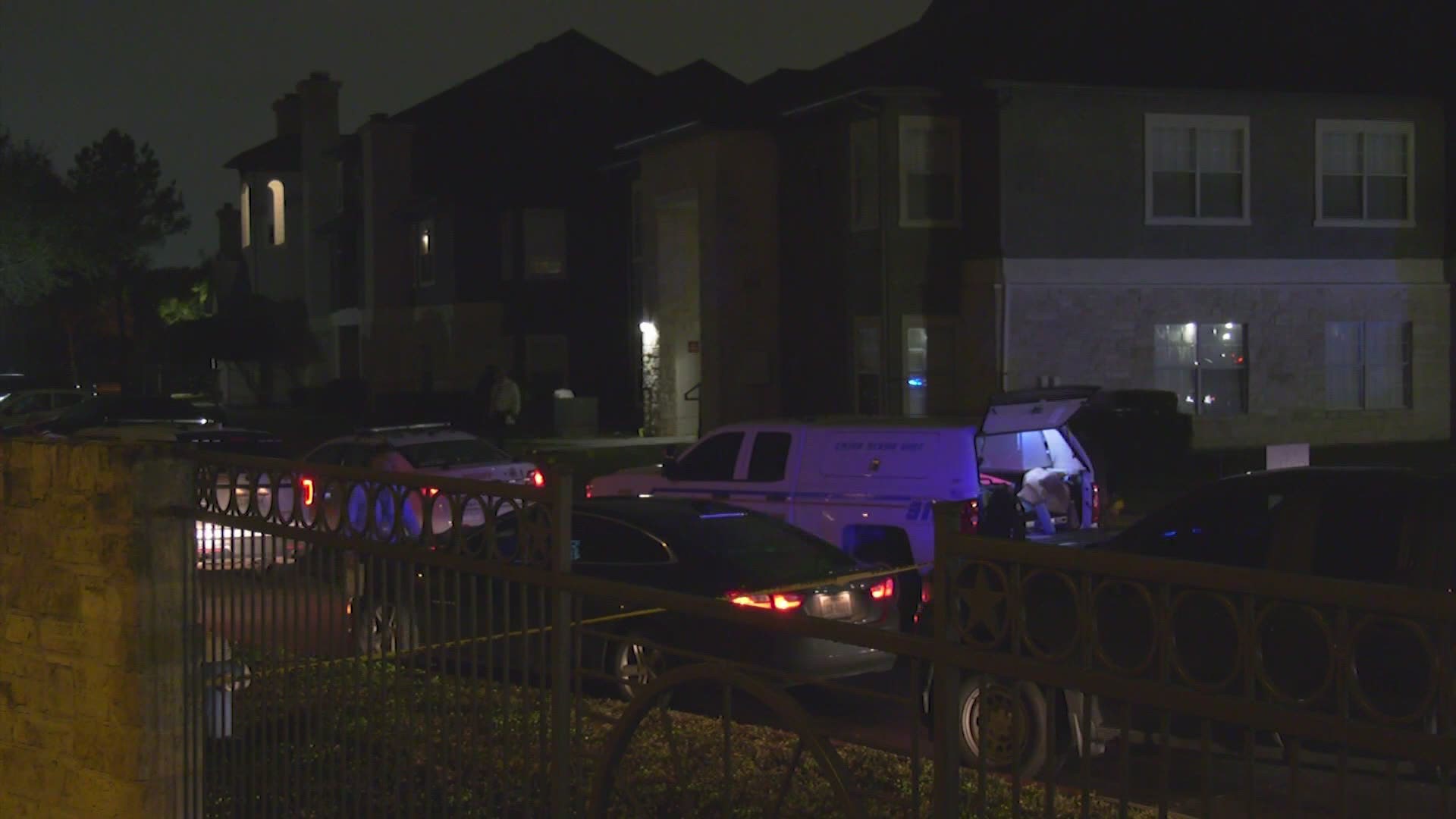 Deputies responded to the scene around 9 p.m. Saturday in the 12600 block of Crossroads Park Drive where they found a man with several gunshot wounds. The man was taken to a hospital where he died.

Investigators said it appears the man was in an apartment when some type of disturbance occurred among several people outside. They said the man went outside, and family members inside his apartment heard gunshots.

Deputies believe the man, who was in his late-20s to early 30s, knew the people outside the apartment. No suspects have been arrested.