Neighbors who heard the gunshots reported seeing a dark-colored sedan leave the scene of the shooting. 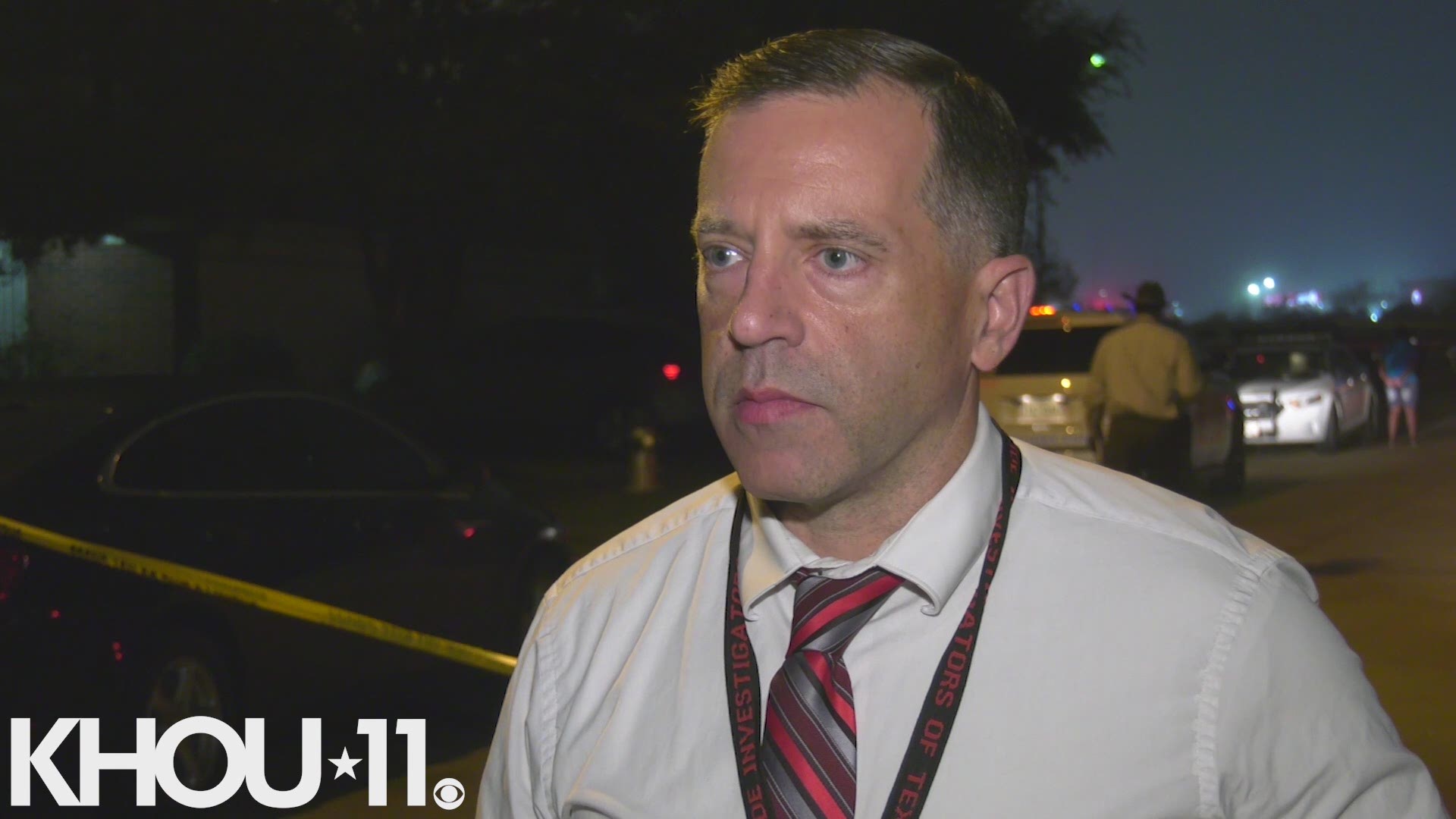 HARRIS COUNTY, Texas — Harris County deputies are investigating after a man was fatally shot Friday night after returning home from the grocery store with his 16-year-old son.

This happened at about 9 p.m. in the 3300 block of Allington Court in northwest Harris County.

According to investigators, the man and his son were unloading groceries from the car when an unknown suspect drove up and started shooting at the man.

The man was struck several times. He died on scene.

The 16-year-old was not injured.

Investigators are unsure if this was a robbery or if the man was targeted.

There is no suspect description at this time. Neighbors who heard the gunshots reported seeing a dark-colored sedan leave the scene of the shooting.

Anyone with information is urged to call their local police department.