'He died in my arms' | Man shot, killed defending wife from purse snatchers

Houston police are looking for three suspects who got away in an unknown black, four-door sedan. 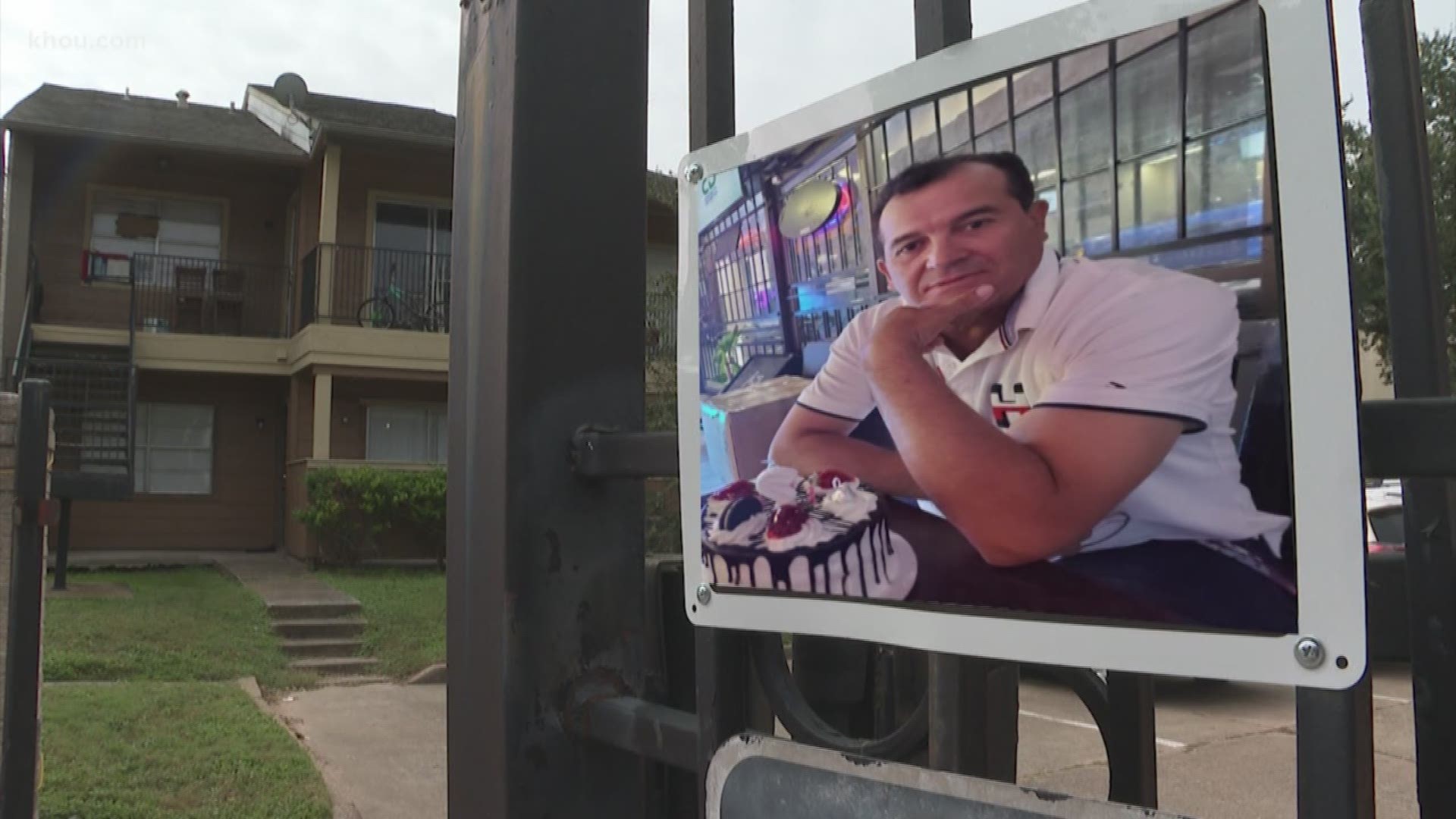 HOUSTON — Houston Police are looking for three suspects they believe shot and killed a man defending his wife from purse snatchers at a southwest Houston apartment complex.

The man's wife identified him as Oscar Anibal Gomez.

"[The suspect] stepped on me and grab at me with one hand while the other pointed the weapon at my head and my chest," said Pineda. "My husband got closer, and he said two or three times “Let her go, let her go,” and then I heard the gunshot.”

Pineda said she tried to give her husband CPR through directions by a dispatcher, but it was no use. She said her husband bled out.

"He died in my arms," Pineda said.

Houston Police detectives tried to get surveillance video from the apartment complex Saturday morning. Staff there said they could not access old files, just the current live stream. They told police IT staff may not be able to retrieve it until Monday.

Detectives said this was not the only attempted robbery in the area on Saturday night. They said another woman was pistol whipped and had her purse and cellphone stolen. They said it happened at an apartment complex on South Glen Drive about 30 minutes prior to the one on Brookglade Circle, about a five minute drive away.

Detectives spent the day trying to find surveillance video to help track the path of the car.

Pineda said the suspects came out of the dark, and said her complex does not have enough lighting.

The three suspects got into an unknown black, four-door sedan and drove away. They were only described as black men.

Gomez's wife told KHOU 11 he leaves behind three daughters who are in Honduras.

Houston police are asking anyone with information on this shooting to please call their homicide division at 713-308-3600 or call Crime Stoppers at 713-222-8477.