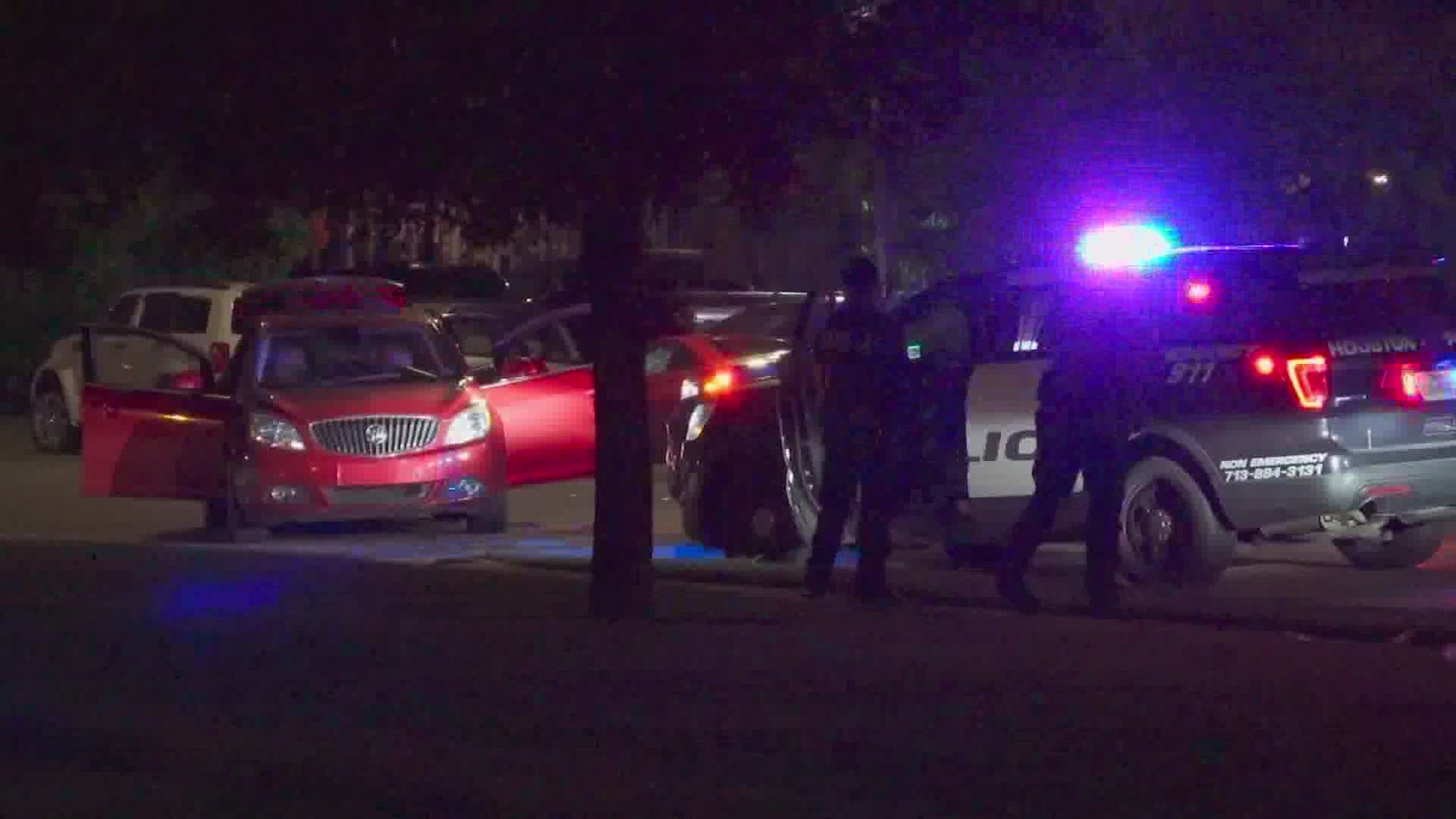 HOUSTON — Houston police are investigating a possible home invasion that led to a double shooting on the city’s southeast side early Thursday.

The shooting was reported around 1:30 a.m. at an apartment in the 10900 block of the Gulf Freeway, in the Edgebrook area.

Police were told a suspect wearing a hoodie and mask walked in and began shooting.

Police said they responded and found an adult male, possibly an older teen, dead inside the apartment. A 15-year-old victim who suffered a wound to the head went to the hospital by private vehicle and is expected to survive.

No arrests have been made, and so far there’s not a better description of the gunman.

HPD’s homicide investigators were on the scene early Thursday. Call Houston Crime Stoppers at 713-222-TIPS if you have any information that could help police.