Sheriff Ed Gonzalez said the man was yelling he didn't want to go back to jail before pointing a gun at deputies. 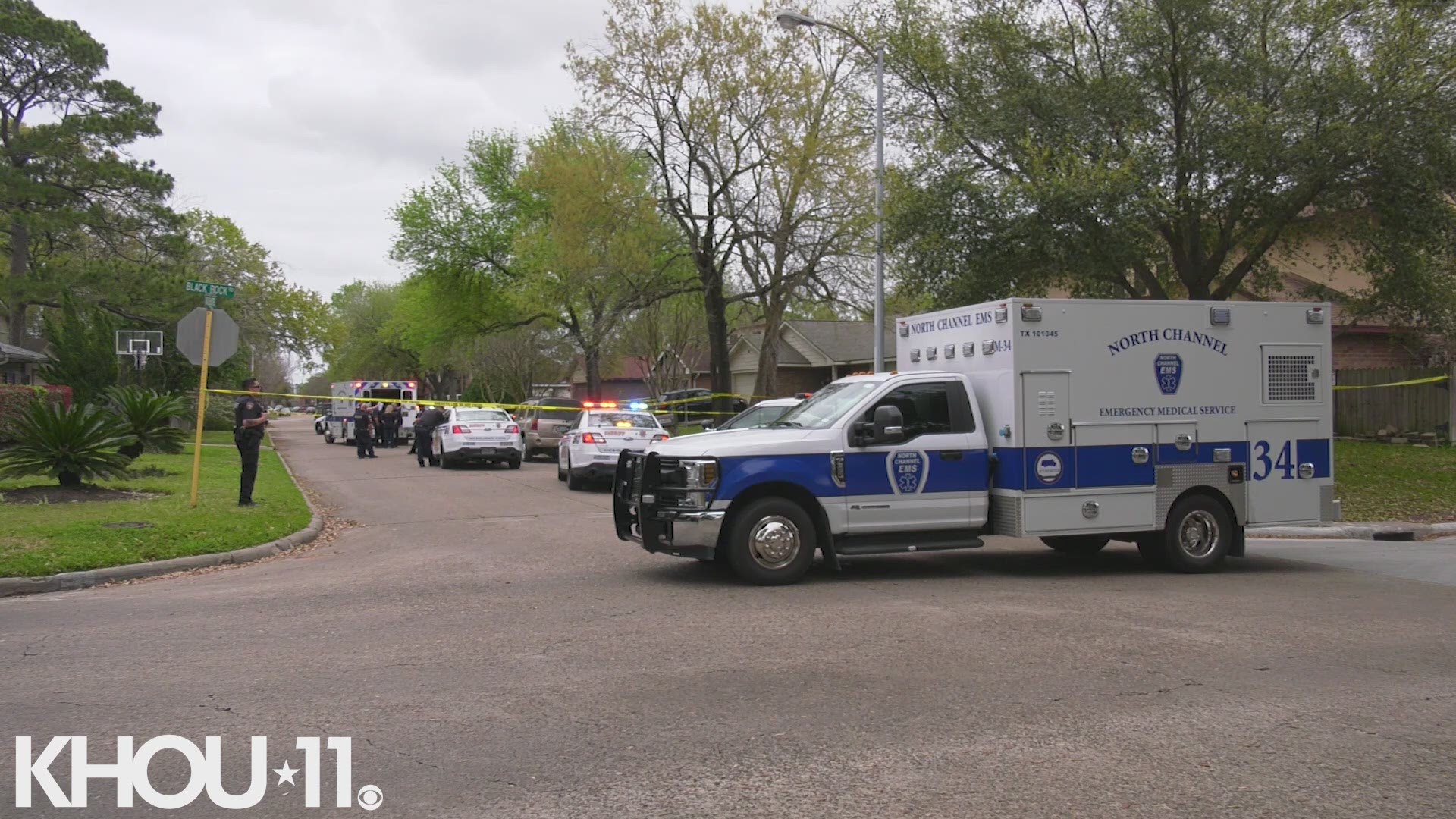 HARRIS COUNTY, Texas — A man was killed Sunday in an officer-involved shooting in Cloverleaf.

According to Harris County Sheriff Ed Gonzalez, deputies received a number of calls about a damaged vehicle in the 400 block of Freeport near Bretagne at about 10 a.m.

Some witnesses reported seeing a suspicious man walking away from the damaged vehicle with a gun.

Investigators were able to get a description of the man and began looking for him.

Their investigation led them in the 200 block of Black Rock Road where the spotted a man matching the description of the suspicious male.

The man stopped and when deputies got out their vehicles he allegedly started waving a gun around and even pointed it to his head.

Sheriff Ed Gonzalez said the man kept yelling he didn't want to go back to jail.

Deputies tried to deescalate the situation and at some point the man pointed his gun towards them, Sheriff Gonzalez said. That's when a deputy fired three shots at the man, striking him.

He was pronounced dead on scene.

Sheriff Ed Gonzalez didn't give clear details on how the man was connected to the damaged vehicle found on Freeport, but he called this situation "suicide by cop."

No deputies were injured.

Sheriff Gonzalez said the deputy who fired his weapon is an 8-year veteran.

This scene is still active. Please avoid the area.