The suspects chained their vehicle to the front door of the gun shop to get access inside, according to Sheriff Ed Gonzalez. 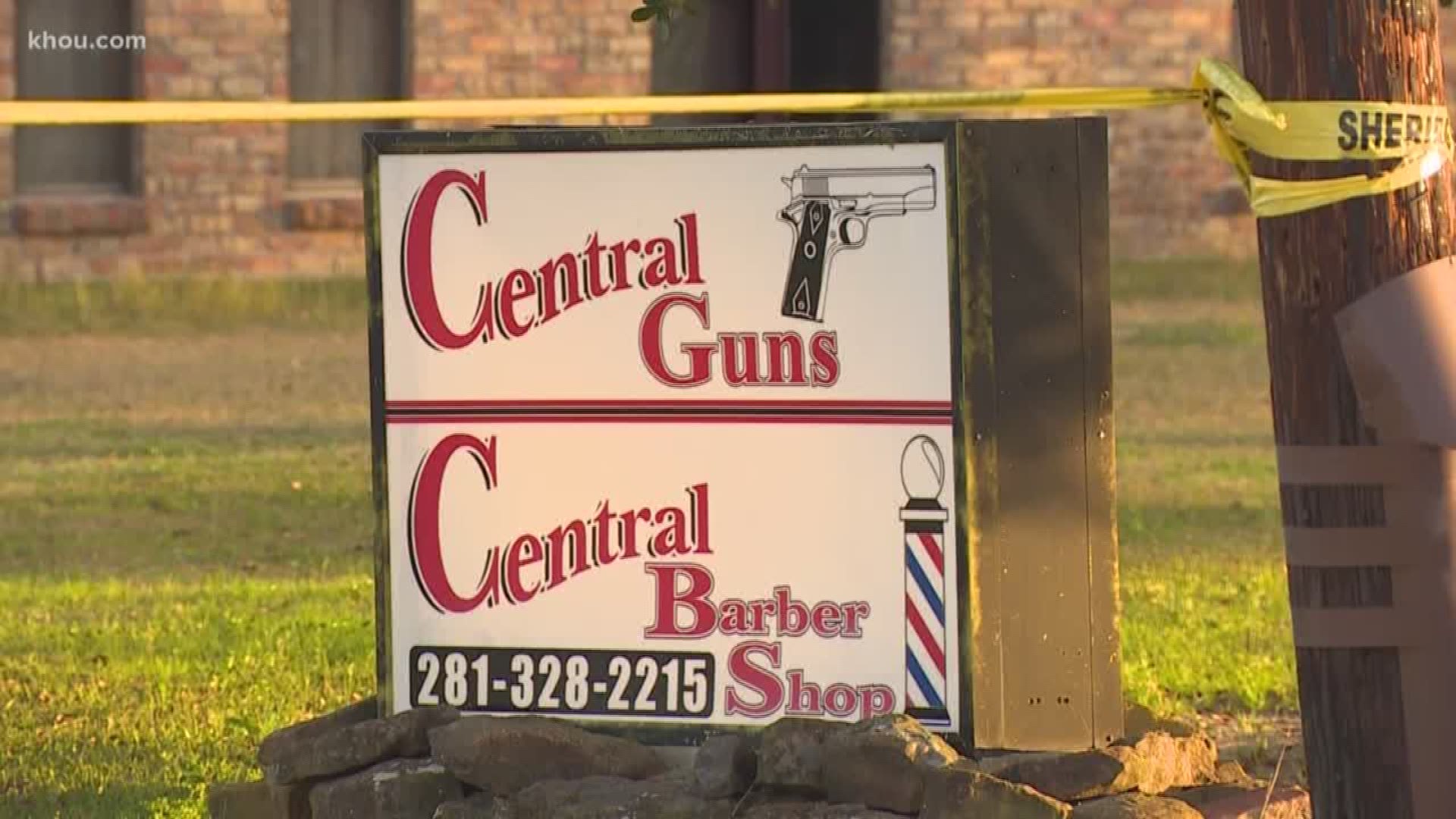 HARRIS COUNTY, Texas — A burglary at a gun shop led to the shooting death of one of the suspects, according to the Harris County Sheriff’s Office.

Sheriff Ed Gonzalez tweeted that the gun shop owner, who is also a 79-year-old military veteran, exchanged gunfire with the burglary suspects and one of the suspects was later found dead in a roadway from a gunshot wound.

The investigation is still unfolding at two different scenes in northeast Harris County, not far from Crosby.

Deputies said it was about 4:30 a.m. Tuesday when the owner of the gun shop, who also lives on the property in the 2000 block of Kennings, said he heard commotion outside. When he stepped out to see what was going on he saw several suspects and a vehicle chained to the front door of his gun shop.

He then witnessed the vehicle yank the front door off its hinges and at least one person get access inside of the store, according to Sheriff Gonzalez.

About 10 minutes later a man in his 20s was found dead in the 3800 block of Morelos, about seven miles away. Deputies said he was in the roadway not far from a car with its doors open.

After further investigation police learned that the deceased man was one of the suspects involved in the shootout with the gun shop owner.

Two pistols, believed to be taken from the gun shop, were found near the man's body.

Two other suspects were found nearby and were taken into custody.

Sheriff Ed Gonzalez said the case is being referred to a grand jury.

According to the gun shop owner, this is the second time his gun shop has been burglarized.

The first time happened in November 2019.

Anyone with information about Tuesday's burglary and shootout should call Houston Crime Stoppers at 713-222-TIPS.