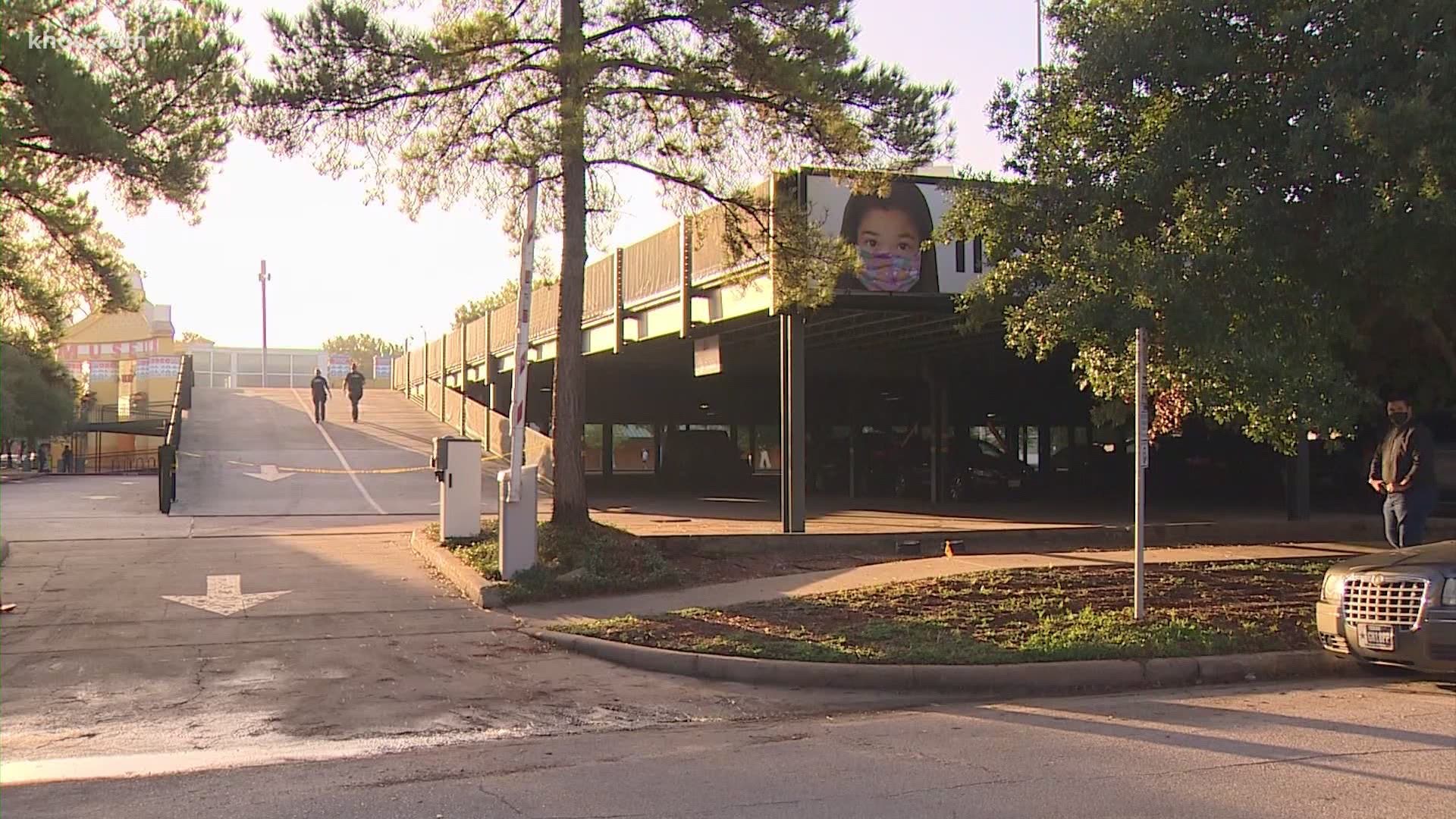 HOUSTON — A man was found shot to death Friday in the parking garage located next to the Children's Museum of Houston.

The scene, which is still active, is at the parking garage located in the 1400 block of Binz Street. Police said the shooting happened at about 6:30 a.m.

A maintenance worker who works for the museum found the man's body while he was doing his morning rounds, according to homicide detectives.

Investigators said they are not sure if this scene is a homicide or suicide at this time, but they are canvassing the area for surveillance video to piece together what happened.

The man has not been identified, but police said he appears to be a White or Hispanic man in his 30s.

No weapon has been recovered at this time.

Investigators are waiting on the medical examiner to arrive on scene to remove the body and complete the investigation.

This is a developing story. Check back for any updates.

Our homicide detectives are on the scene of a man found fatally shot in a parking garage at 1400 Binz St about 6:10 am. There is no known information yet on the time the shooting occurred or on a suspect. #hounews