Man cut from vehicle by jaws of life after crashing into Halloween store in NW Harris Co.

Deputies are waiting to see if intoxication played a role in this crash but confirm speeding was a factor. 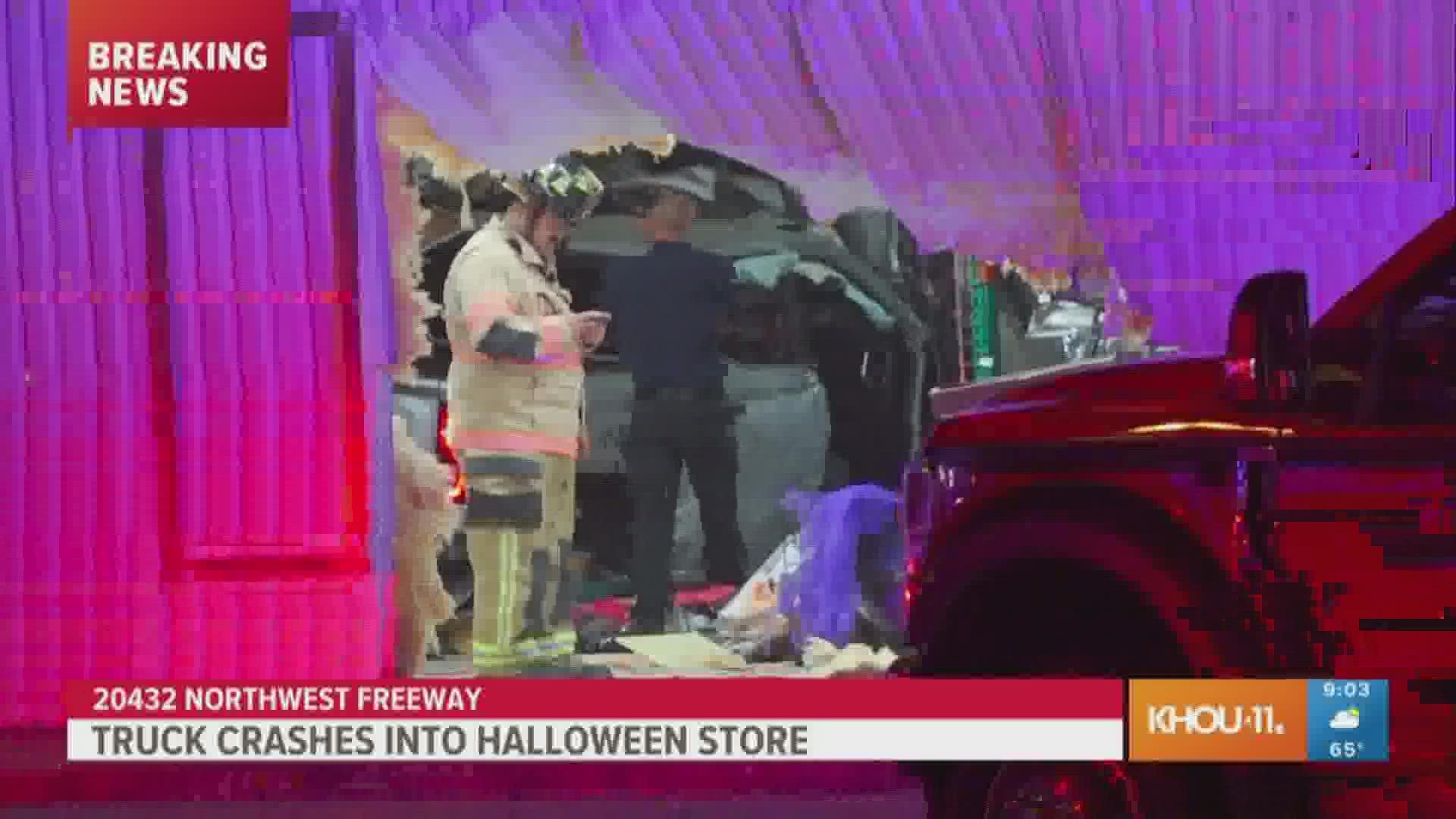 HARRIS COUNTY, Texas — A man was taken to the hospital by Life Flight early Saturday morning after crashing into a Halloween store in northwest Harris County.

Harris County Sheriff deputies said the man was seen speeding and weaving in and out of lanes before crashing into the store in the 20400 block of Northwest Freeway.

Firefighters had to use the jaws of life to cut the man out of his truck. Video from the scene shows the truck buried inside of the store, covered by debris.

The man's injuries were serious, but not life-threatening, according to deputies.

There were no other vehicles involved in this crash and no other injuries were reported.

Deputies are waiting to see if intoxication played a role in this crash. The Harris County Sheriff's Office did confirm the man was not wearing a seatbelt.