The gunman is on the run. Houston police are talking to family members and witnesses with hopes of getting a positive ID on the suspect. 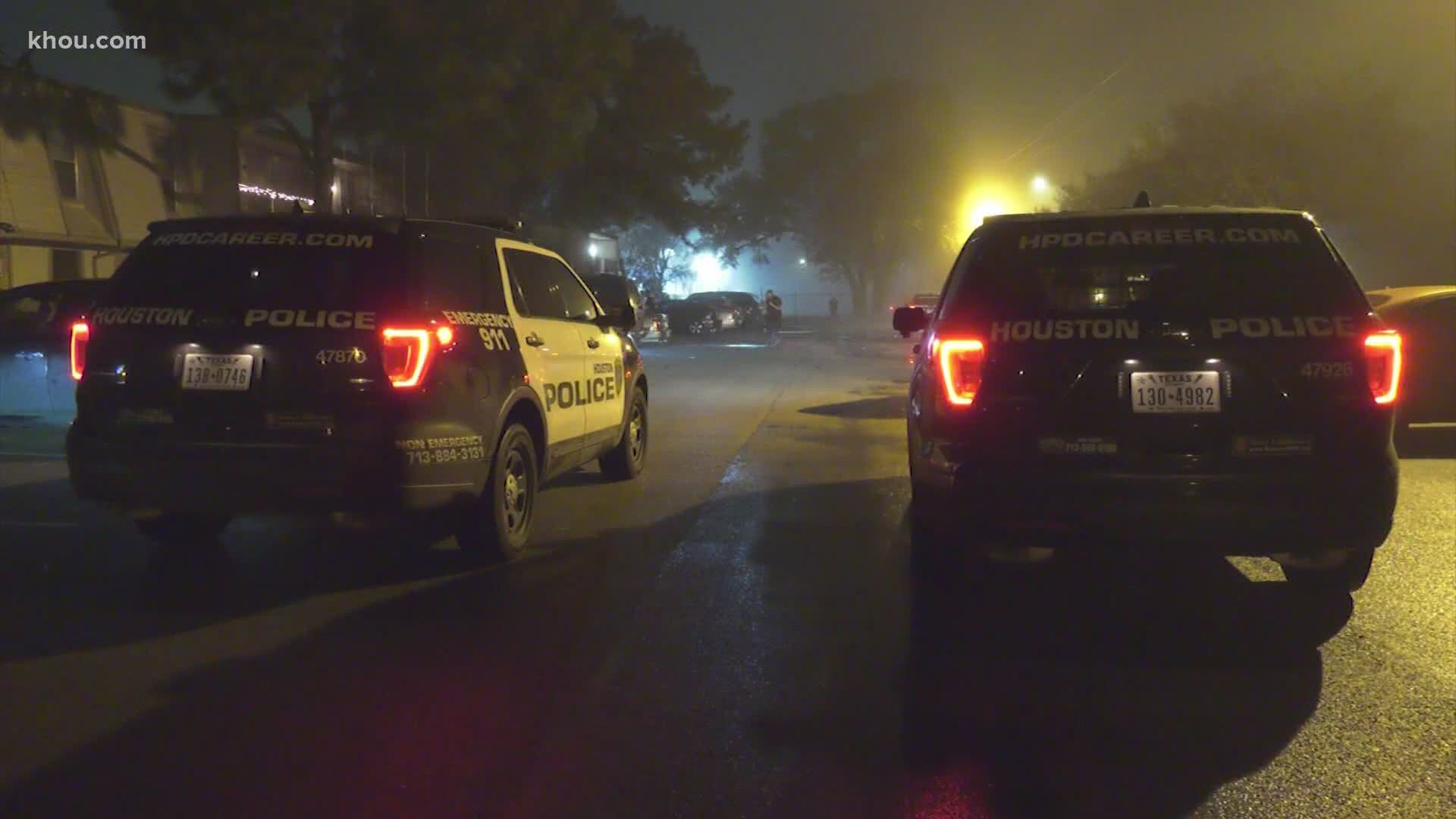 HOUSTON — A man was fatally shot overnight while standing outside an apartment complex with his family, police said.

This happened at about 12:30 a.m. at the Coppertree Village Apartments in the 1400 block of W Gulf Bank Road.

According to Houston police, the man was standing in the parking lot of the apartment complex with his family when the gunman drove up and started shooting.

The man was shot in the hip and the leg. He was taken to a nearby hospital where he was later pronounced dead.

The suspect was able to get away.

Police are talking to family members and witnesses to get a positive ID on the gunman.