Homicide Det. Robert Minchew said this is the third unrelated homicide in the last 24 hours in the area. 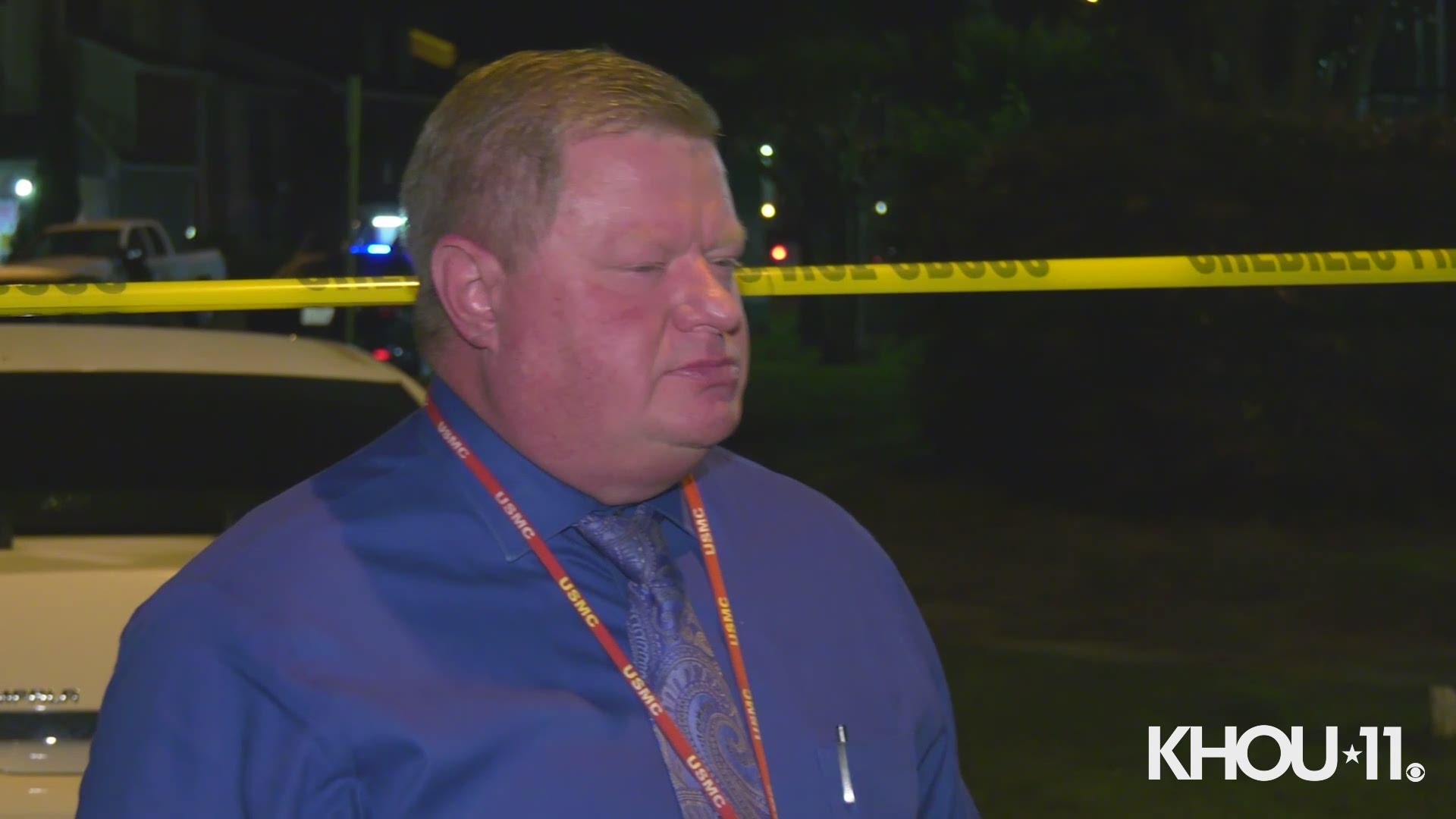 HARRIS COUNTY, Texas — A man died and a suspect was wounded after they exchanged gunfire during a home invasion in northwest Harris County overnight.

This happened just after 1:30 a.m. Thursday at an apartment in the 5700 block of Timber Creek Place.

Harris County Sheriff’s deputies responded to a call of a shooting and found the male victim shot multiple times inside of the apartment. He was transported by Life Flight to a local hospital where he was pronounced dead.

Investigators said the victim and a woman were inside of the apartment when two to four intruders in ski masks kicked in the door and opened fire. The victim was hit and fired back, wounding one of the intruders.

The woman was able to hide while the suspects ransacked the apartment.

The wounded suspect was taken to a local hospital in a private vehicle, deputies said. He was later transported to a hospital in Conroe.

Deputies said the driver of the vehicle was taken into custody.

The victim and the suspect was wounded have not been identified yet.

Lt. Robert Minchew said this is the third unrelated homicide in the last 24 hours in the area.