Investigators say the suspects made off with cash and marijuana after shooting the victim. 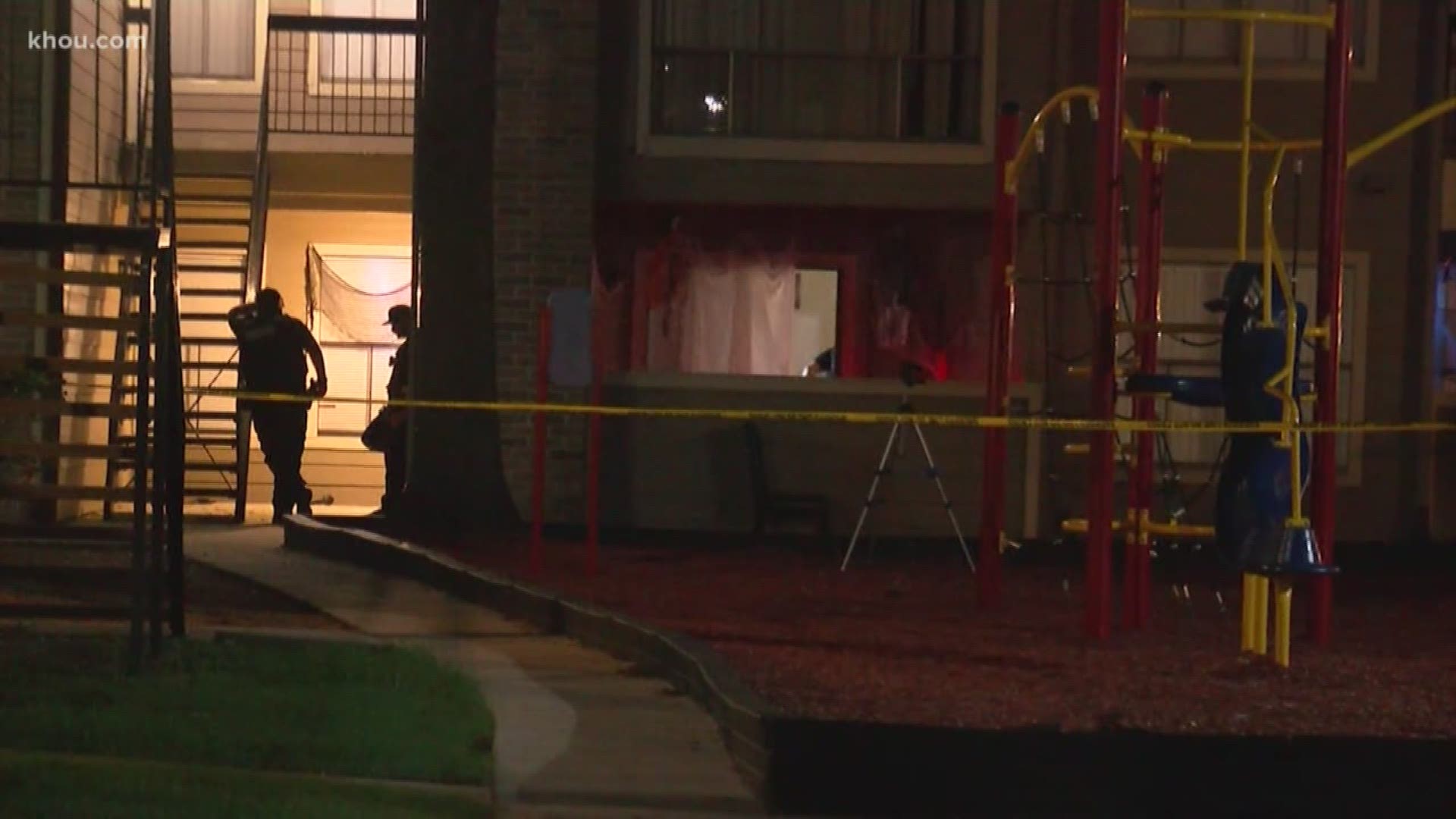 HARRIS COUNTY, Texas — Deputies are searching for four male suspects after a father was fatally shot during a home invasion in northwest Harris County overnight.

This happened around 1:15 a.m. Wednesday at a unit at the Green Meadows Apartments located in the 17300 block of Kieth Harrow Boulevard.

Harris County homicide investigators say Jose Pina was sleeping in the apartment along with is wife and three children, ages 2 thru 7, when four males in hoodies broke in through the glass door on the patio.

The intruders shot Pina during the robbery and ran from the scene in unknown directions, deputies said. They made off with cash and marijuana from the apartment.

Deputies say the male victim was transported to a local hospital where he was pronounced dead.

Investigators are interviewing the wife to gather more details. There were no other witnesses to the home invasion.