Woman killed in her apartment identified by medical examiner, suspect charged with murder

Moses Sandoval, 30, was arrested and charged with murder. 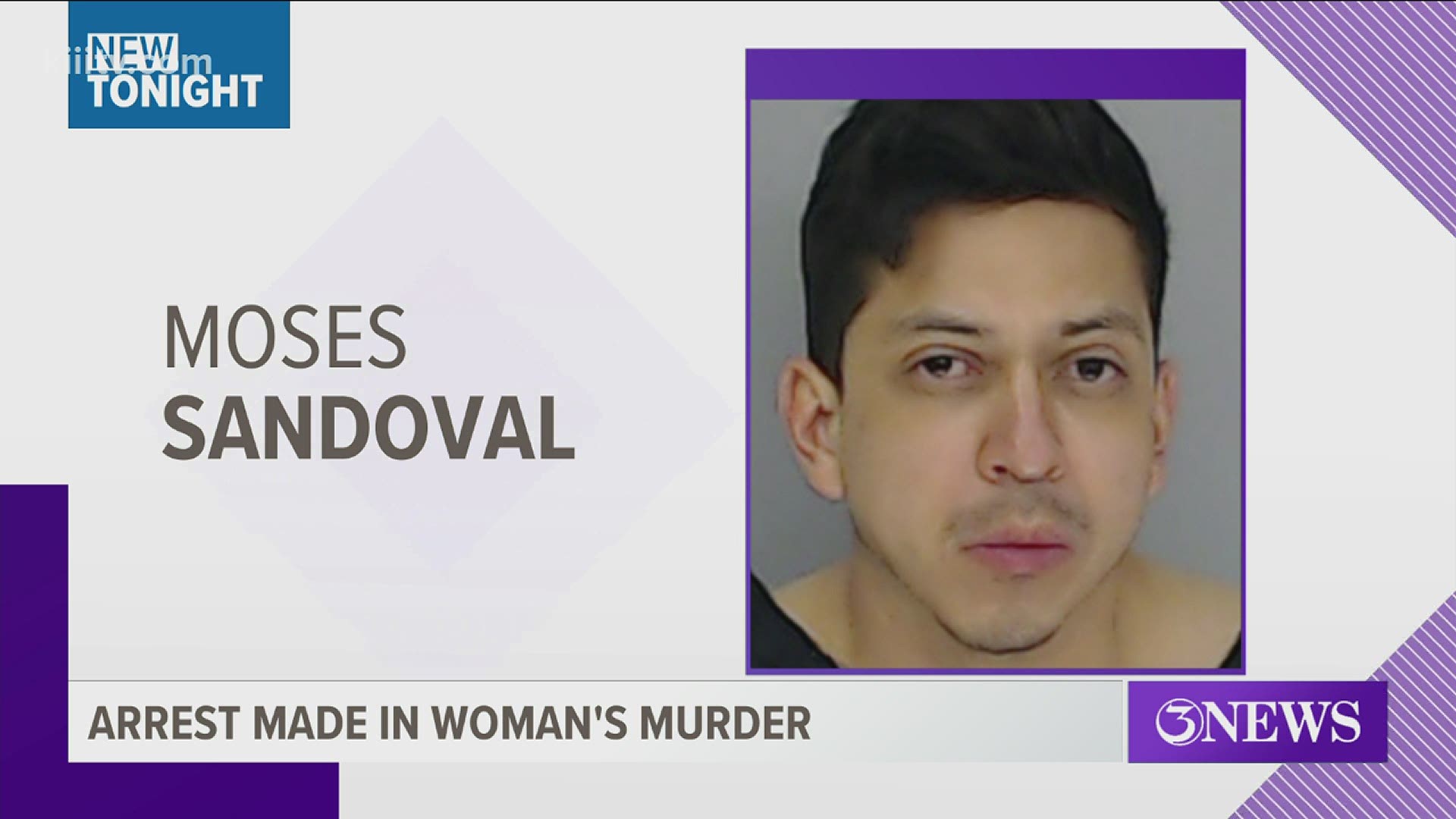 CORPUS CHRISTI, Texas — The Nueces County Medical Examiner has identified the woman who was killed in her apartment as Erin Dunn, 28.

Moses Sandoval, 30, was arrested and charged with murder after Dunn's body was found in her apartment on the 6700 block of Everhart Road.

Officers were called to the apartment around 3:30 p.m. Monday after receiving reports of an assault with injuries. When officers arrived at the scene they made contact with Sandoval who said a woman was inside of the apartment. Officers went inside and found Dunn's body.

Sandoval was detained by police and later arrested and charged with the woman's murder. The cause of death is pending an investigation, officials said.

Investigators said the two knew each other and that they are currently not looking for outside suspects.

Police said the case is still under investigation. 3News will keep you updated as more information becomes available.

For the latest updates on coronavirus in the Coastal Bend, click here.