It's unclear how the fight started, but investigators believe the shooting was a result of the clubs' ongoing rival. 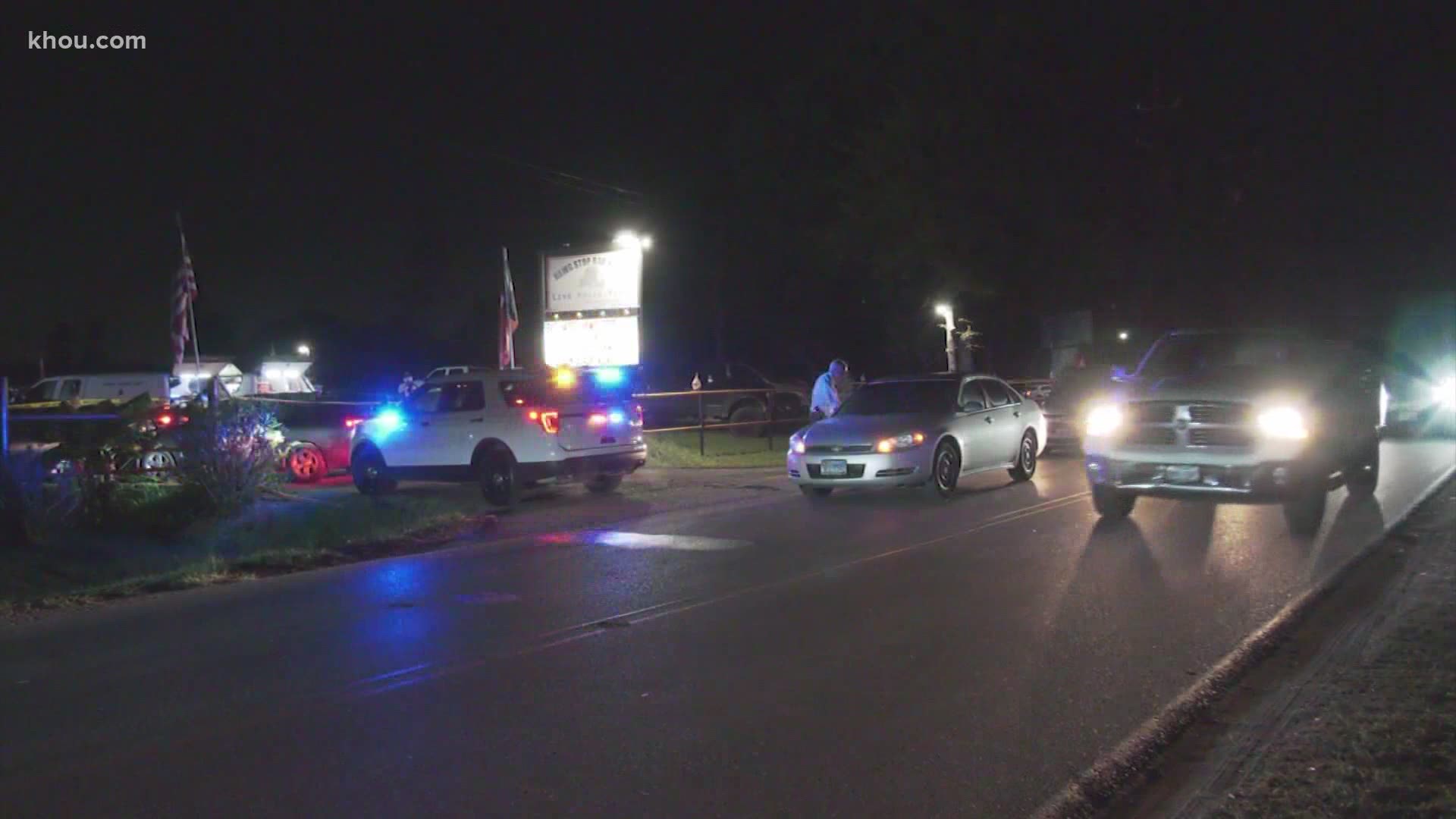 HARRIS COUNTY, Texas — One man is dead after a shooting Saturday between rival motorcycle clubs outside a bar in northeast Harris County.

The shooting happened at about 7:50 p.m. in the parking lot of Hawg Stop Bar and Grill in the 11400 block of Sheldon Road near Garrett Road.

It's unclear how the fight started, but investigators believe the shooting was a result of the clubs' ongoing rival.

The man shot and killed has not been identified and there are no suspects in custody at this time.

Deputies are hoping surveillance video from inside the bar will help them identify the suspect in this shooting.

@HCSOTexas deputies responded to a shooting at Sheldon Rd/Garrett Rd. Preliminary info: a male was shot outside of a Bar/Grill establishment. Male was pronounced deceased on the scene. Investigators are enroute. #HouNews pic.twitter.com/xbu2jpgpx7