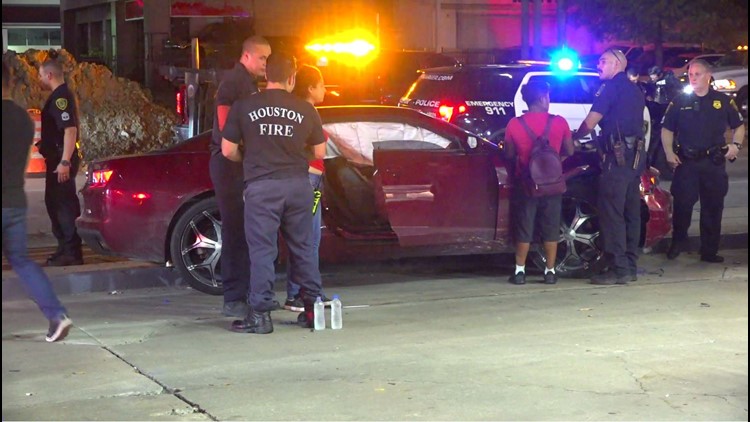 Photo by: OnSceneTV for KHOU 11
3 cars hit in crash in southwest Houston

The crash happened after 2 a.m. at Richmond and Hillcroft.

Police said the suspect, who was in a Cadillac, sped out of a sports bar parking lot in the area. Officers tried to stop him, but he led them in circles through the neighborhood.

The suspect eventually crashed into three cars and then tried to run away on foot but was caught.

Police said they found drugs inside and outside of the vehicle.

The suspect was taken to the hospital to get checked out as was a passenger in one of the cars that was hit.