Deputies believe the shooter is one of the deceased men. 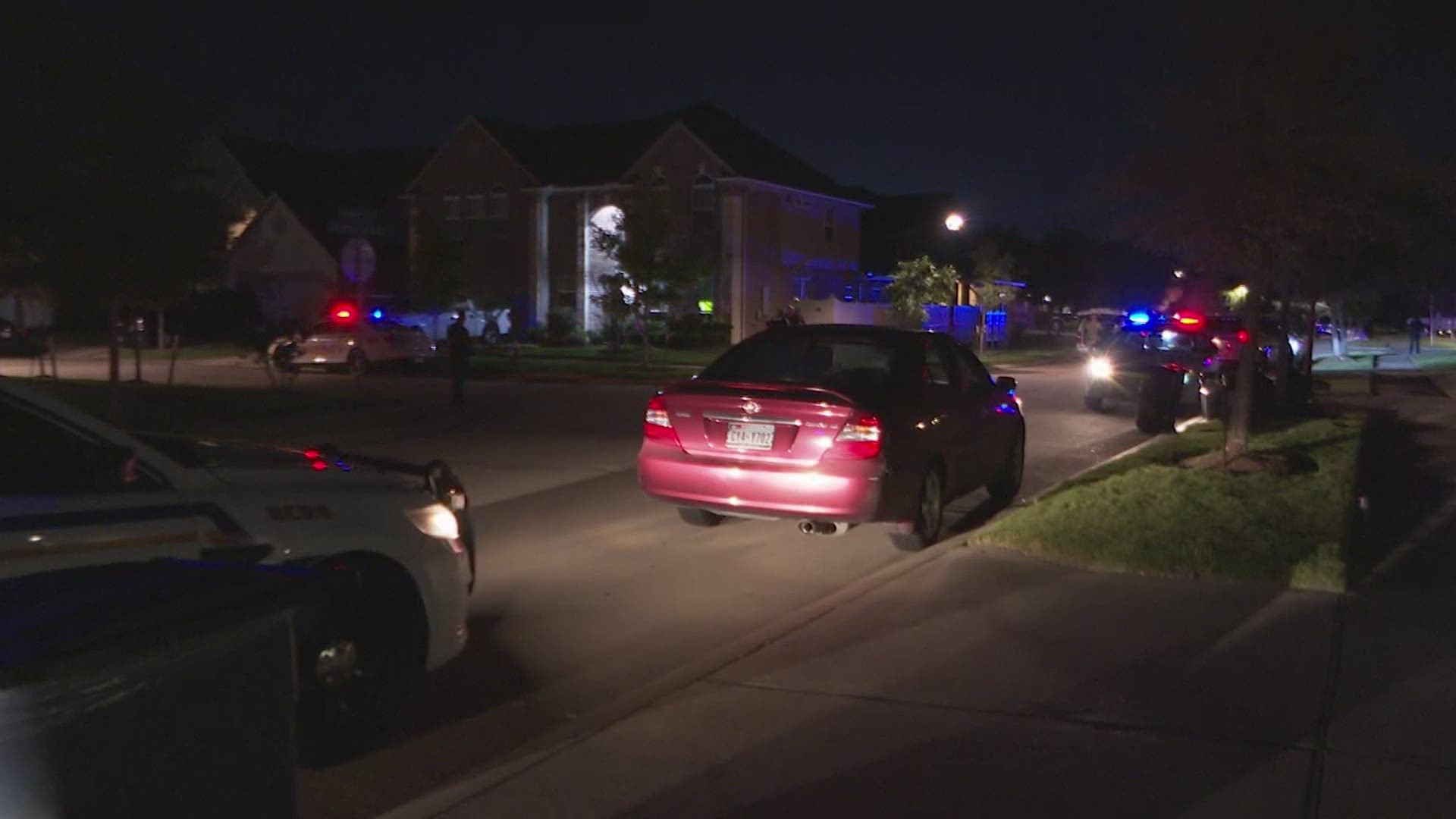 KATY, Texas — Harris County Sheriff deputies responded to what they call "a very tragic scene" at a Katy home where they said they found two women injured and two men dead in a domestic disturbance shooting.

Two patrol deputies were the first to arrive on scene after a neighbor called 911.

The deputies found a woman in her 60s shot in the chest the moment they drove up. Harris County Sheriff Lt. Paul Bruce said the two deputies had to drag her to safety.

Moments later, a woman in her mid-80s walked out from the home with a gunshot wound to the back of her head, deputies said.

Both injured women were taken to nearby hospitals where they are expected to survive.

SWAT and a Hostage Negotiation Team were called to the scene and after several hours, they were able to get inside the home and that's when they found two men shot to death.

Sheriff Gonzalez tweeted the injured women are mother and daughter and this scene unfolded when one of the men, who is the husband to the daughter, shot himself during an argument.

The couple's son, who is an adult, then shot his mom and grandmother and barricaded himself inside the home before shooting and killing himself, according to the sheriff.

This is an ongoing investigation. The identity of the victims has not yet been released.

1-Deputies were first called to shooting at Acadia Park Circle. Upon arrival, they found two females outside with gunshot wounds. The females, an older adult and her daughter, reported that the husband of the daughter had shot himself during an argument. The adult son of this https://t.co/T3t6EkZHRK