The man was arrested after he allegedly threw concrete and debris at passing cars along Broadway in Galveston. 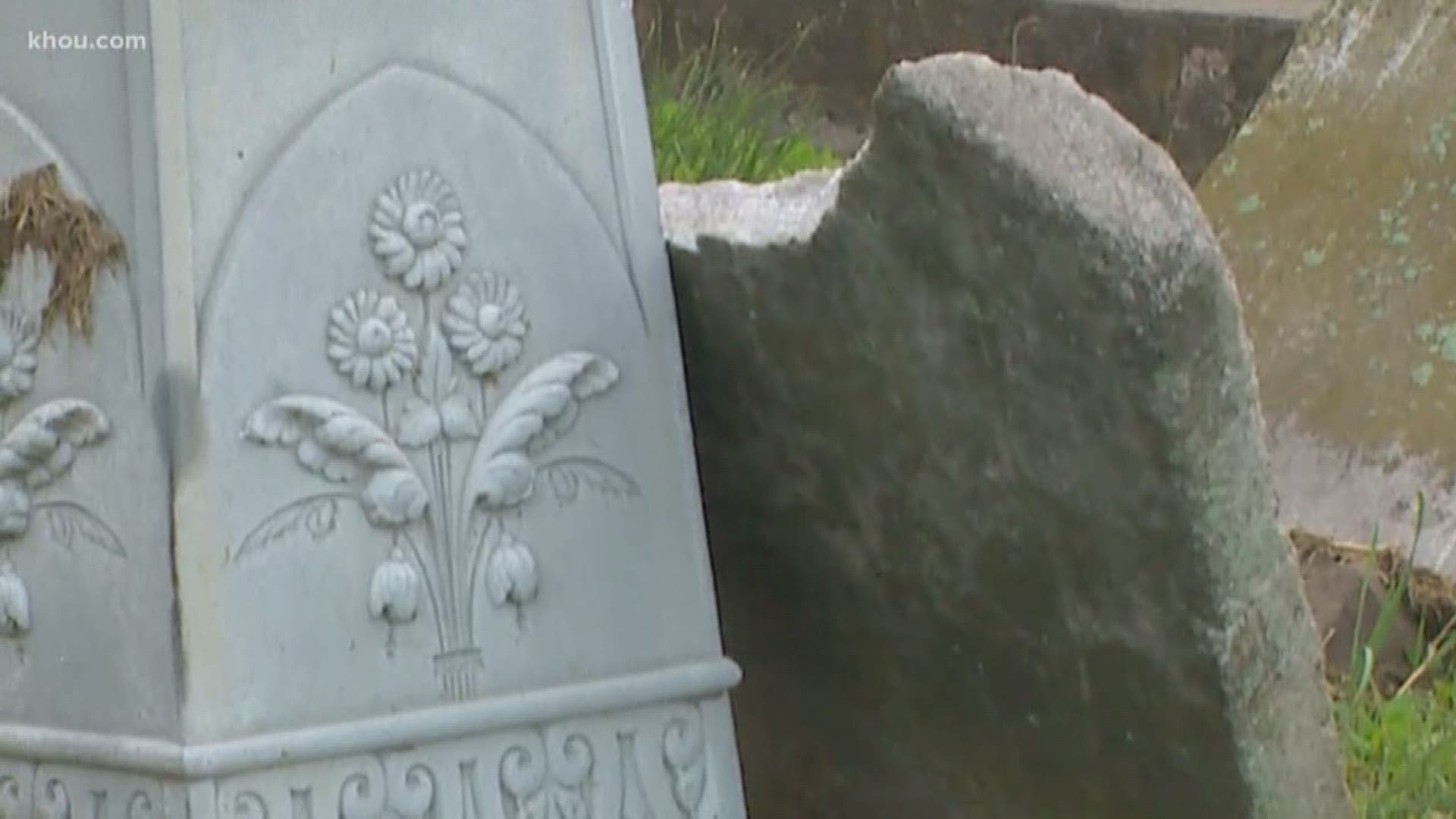 GALVESTON, Texas — A man is in custody after he allegedly broke century-old headstones at the Galveston cemetery on Broadway.

Corey Johnson was arrested Saturday night for the offense of Criminal Mischief. He's accused of causing damages of $13,300, a felony offense.

According to the Galveston Police Department, officers responded to 911 calls about someone throwing concrete and debris at vehicles in the 4100 block of Broadway late in the morning.

Officers were not able make an arrest at that time, but they increased patrol in the areas. Johnson was found in the area at about 3 p.m., shortly after concrete, wood and pieces of headstones were found across several lanes of Broadway.

Credit: i45Now for KHOU 11
City staff has found some 80 headstones damaged. Some of the damaged headstones date to Galveston’s antebellum period.

Johnson was taken into custody as the investigation continued.

The City of Galveston Parks Department, the agency that oversees the historic cemetery, told police over the last month city staff has found some 80 headstones damaged. Some of the damaged headstones date to Galveston’s antebellum period, the mid-1800s.

After consulting with the Galveston County Criminal District Attorney’s Office, Johnson was charged with felony Criminal Mischief. His bond was set at $80,000.