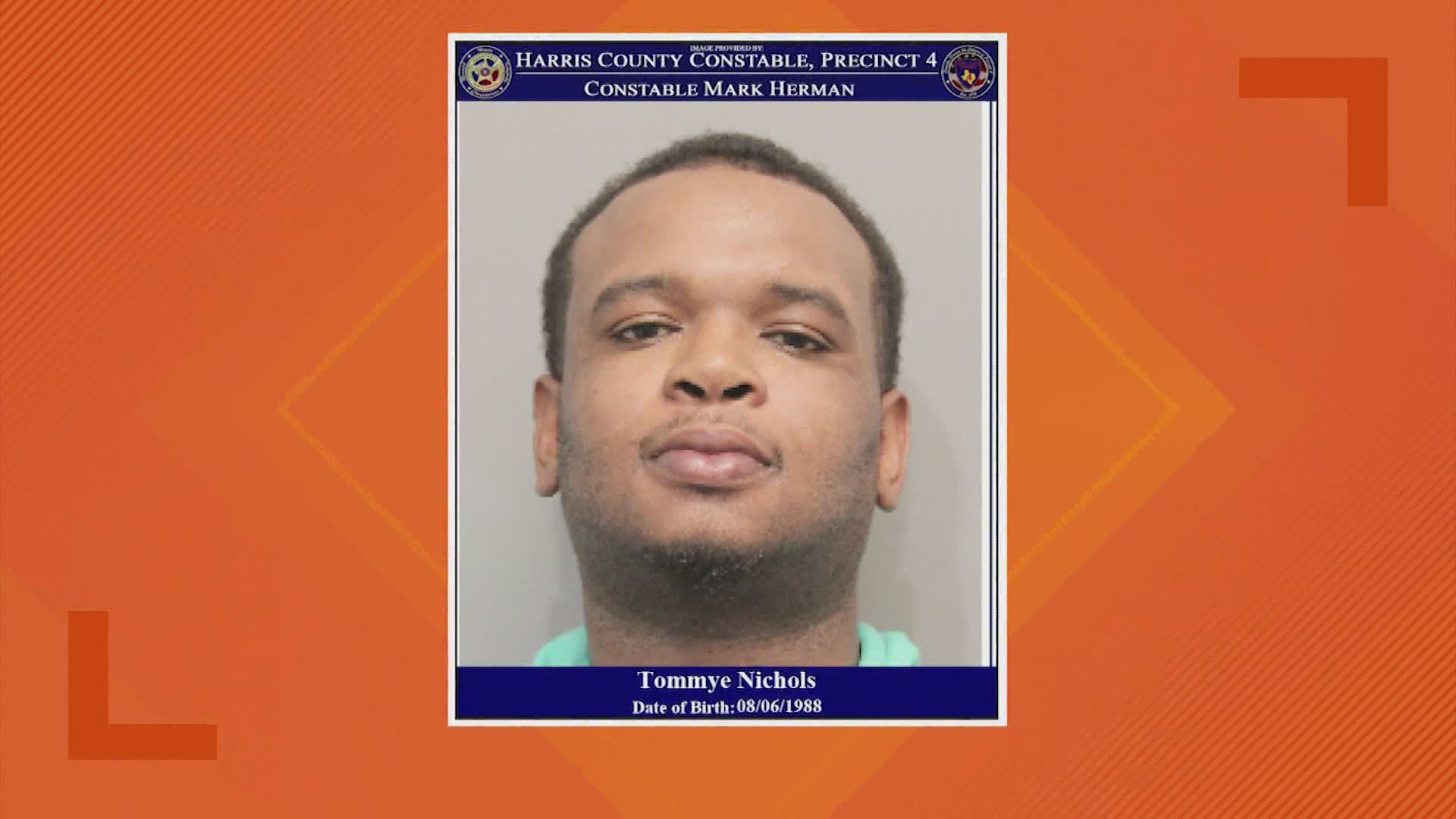 HARRIS COUNTY, Texas — A man is in custody after deputies said he used a gun to threaten Wingstop employees and customers because his food was not ready.

This incident happened Wednesday afternoon at the Wingstop located in the 2500 block of FM 1960 Road.

According to Harris County Precinct 4, Tommye Nichols, 32, became upset when he learned his food wasn't ready yet so he threatened everyone in the business.

Witnesses said Nichols then walked to his vehicle and returned with a handgun where he continued to make threats and demanded his money back.

Deputies were called to the scene, but by the time they arrived, Nichols was already gone. Luckily, deputies were quickly able to spot his vehicle nearby and Nichols was taken into custody during a traffic stop.

Deputies said Nichols did have a firearm on him at the time of his arrest.

Nichols has been charged with aggravated robbery. He is currently in jail on a $60,000 bond.