James London, 23, is charged with arson for his alleged involvement in the fire on Friday. 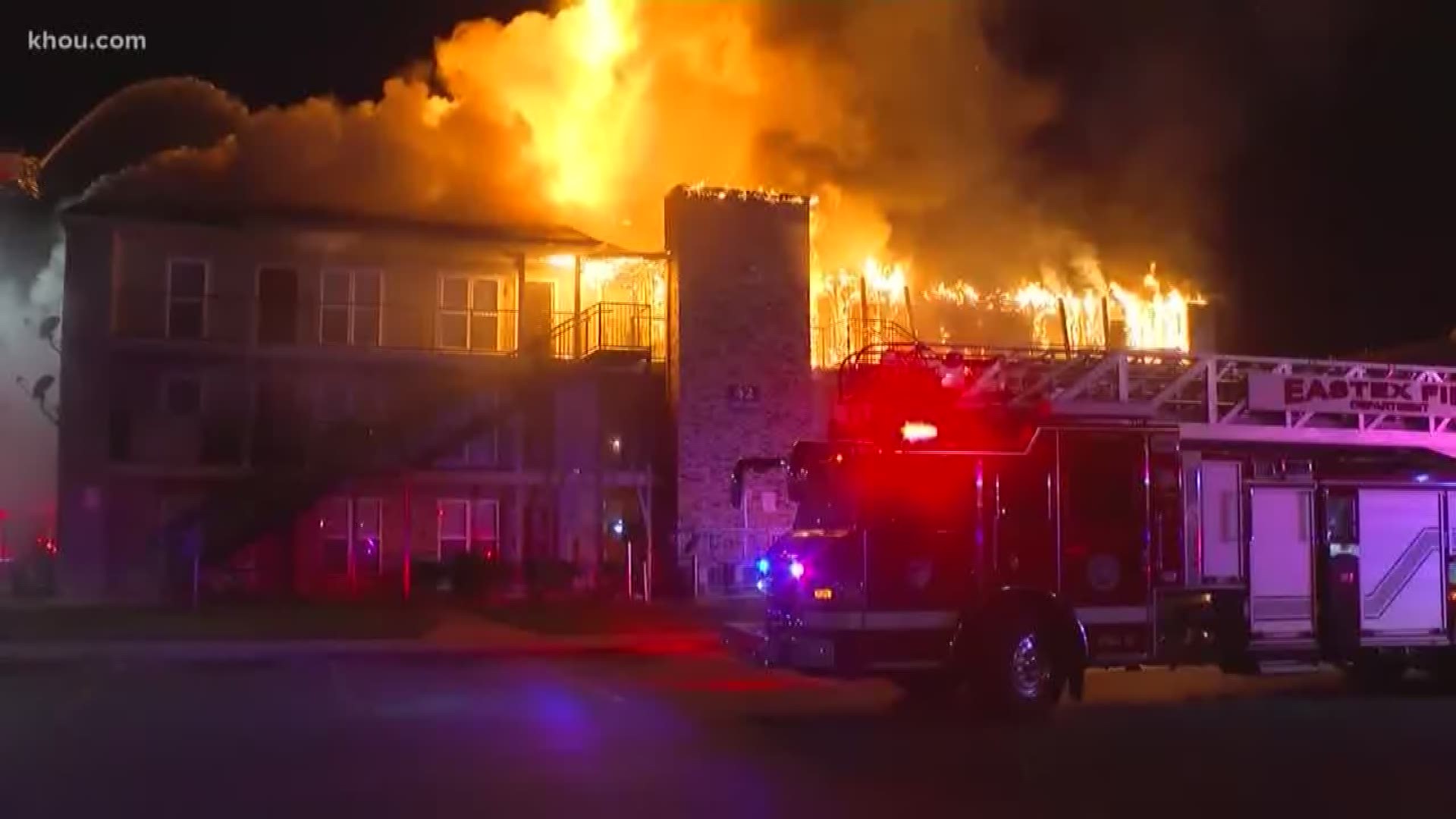 HARRIS COUNTY, Texas — EDITOR'S NOTE: The video above is from the report of the fire on  Friday morning.

Investigators have identified a suspect wanted in connection with the massive fire at the Haverstock Hills Apartments last week.

The Harris County Fire Marshal’s Office and Crime Stoppers is asking for the public’s help in locating 23-year-old James London. London is charged with arson for his alleged involvement in the fire on Friday.

After talking to witnesses and conducting a scene examination, investigators determined London started a fire after a domestic dispute with his girlfriend.

Fortunately, no one was injured in the fire. Residents were going door to door trying to help get their neighbors out safely.

Crime Stoppers will pay up to $5,000 for information leading to felony charges or an arrest of the suspect(s) in this case.

Information may be reported by calling (713) 222-TIPS (8477) or submitting tips online at www.crime-stoppers.org. All tipsters remain anonymous.