Nathaniel Taylor is accused of shooting at two HPD officers on Lockwood Drive on Dec. 18, 2019. 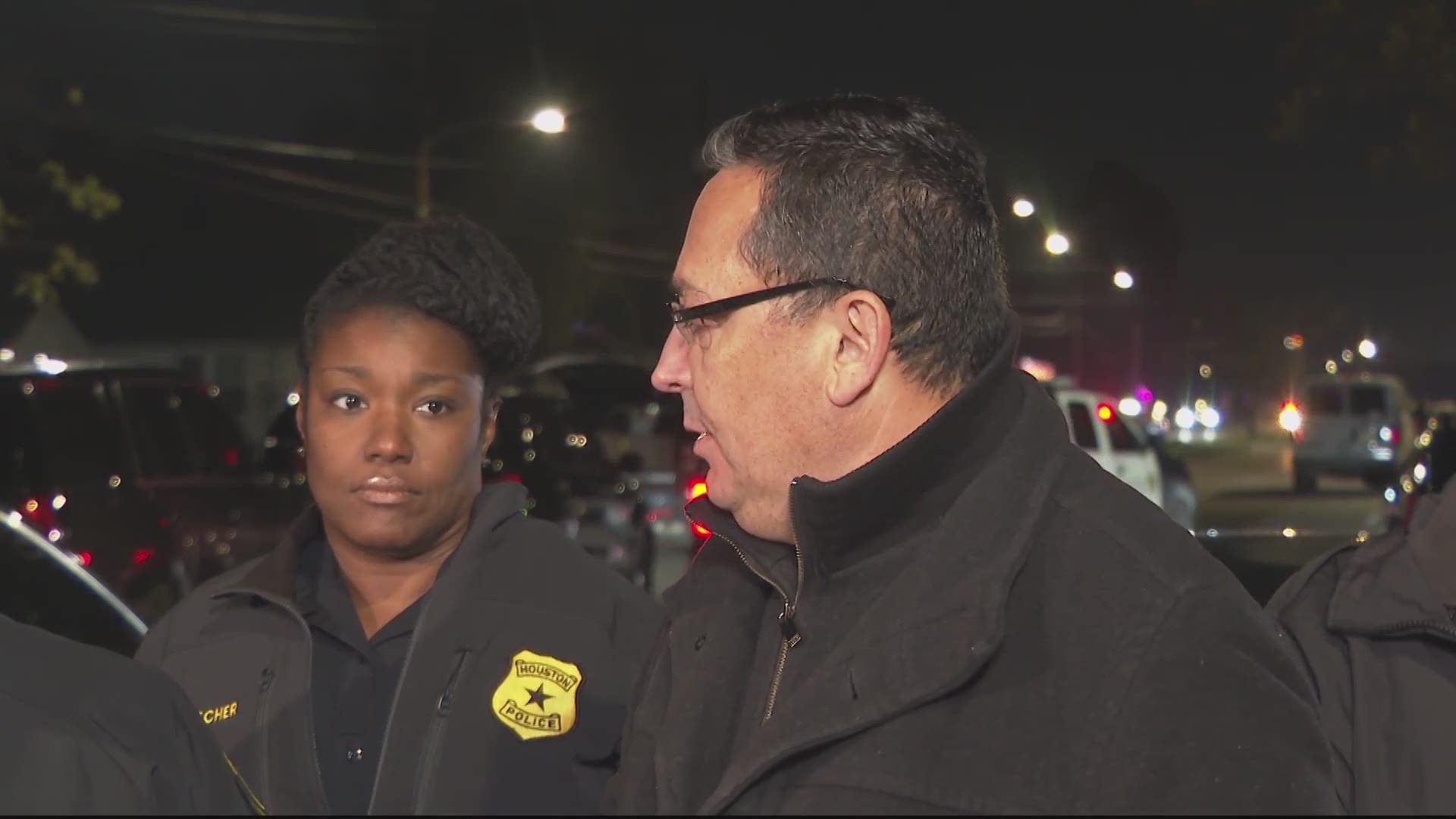 HOUSTON — The man who is accused of opening fire on Houston police officers Wednesday night is facing multiple charges.

Nathaniel Taylor, 43, is charged with attempted capital murder of a police officer, aggravated assault against a public servant and felon in possession of a weapon.

Authorities said they were dispatched to the 1400 block of Lockwood Drive around 8:20 p.m. in regards to a suspicious person who pointed a gun at a civilian who was walking in the area.

Two Houston police officers canvassed the area and found Taylor, who matched the suspicious person's description, in the 2200 block of Lockwood.

When the officers attempted to make contact with Taylor, police said, he fired several shots, which struck the officers' patrol vehicle. The officers were not injured.

Both officers returned fire, according to police.

Authorities said Taylor ran to his nearby apartment, where a SWAT standoff took place for the next few hours.

Taylor was eventually taken into custody and was taken to an area hospital with non-life-threatening injuries. He was released a short time later.

RELATED: HPD: Suspect taken into custody after falling asleep in recliner during standoff in SE Houston