During the search and investigation, the couple appeared to be inconsolable and emotional over the little girl's disappearance. 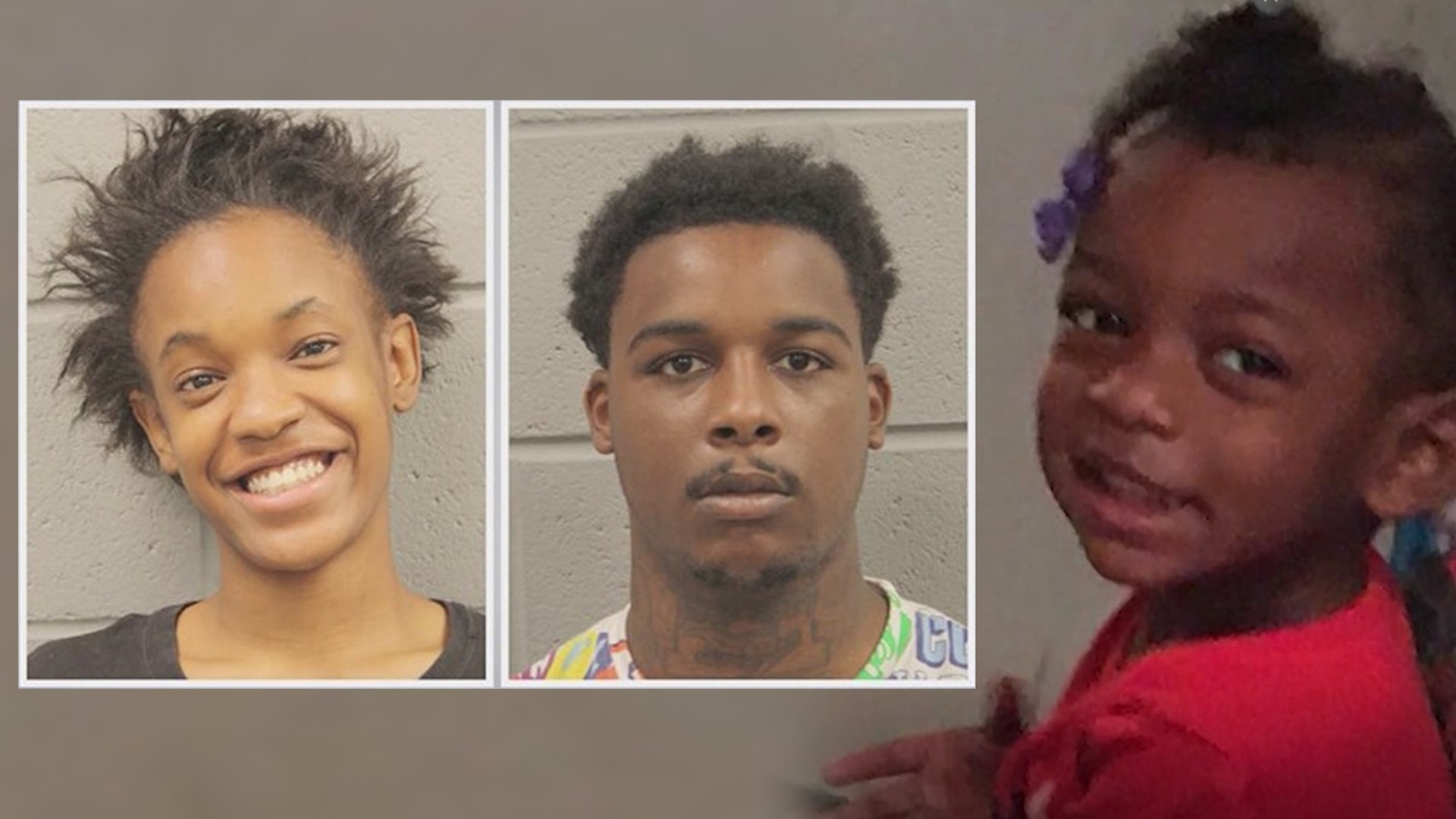 HOUSTON — We’re learning more about the criminal charges filed after the body of a little girl was found in a Houston bayou over the summer.

The child’s mother, 20-year-old Sahara Ervin, and the mother’s boyfriend, 21-year-old Travion Thompson, were taken into custody and charged with injury to a child and tampering with evidence on Tuesday. A probable cause hearing was held overnight.

There are still many questions about the case, however, including the timeline of when 2-year-old Maliyah Bass went missing and how exactly she died. Prosecutors did say Ervin struck the child with a blunt object.

A jogger found the little girl’s body in Brays Bayou on Aug. 23, just one day after her mother reported her missing. The child's mother claimed she left the toddler alone for about five minutes in the courtyard play area of a southwest Houston apartment complex.

After the child’s body was found in the bayou, her mother and the mother’s boyfriend were brought in for questioning multiple times.

Houston police said on Monday they again brought the couple in for questioning "after evidence of their involvement in the disappearance of Maliyah was discovered." They were arrested and charged the following day.

Prosecutors allege that Ervin and her boyfriend injured the 2-year-old, and after she died they put her body in a storm drain where the child's remains floated about 20 miles to the bayou.

Thompson, the boyfriend, was in court overnight, but the girl’s mother didn't appear due to medical reasons.

The story Ervin and Thompson initially told police and the public was Maliyah was last seen alive playing in a courtyard playground. Throughout the investigation and media interviews, the couple appeared to be inconsolable and emotional about Maliyah's disappearance:

But now police say they knew what happened all along.

In court overnight, a judge set bail at $175,000 for the mother and $150,000 for the boyfriend. If she posts bail, Ervin will have to wear a GPS monitor and will have a curfew from 10 p.m. until 8 a.m. The couple is due back in court on Thursday morning.

On Tuesday, the child’s father said he still wants more answers in the case.

"I want to know what actually happened to her and I'm glad they found out about them," Octavious Bass said.

"I am confident foul play is involved and what the family wants now is justice," Houston Police Chief Art Acevedo said after Maliyah's body was found.

When the child's body was found, Ervin was at the scene and appeared to be inconsolable and collapsed to the ground. On Aug. 23, Thompson was seen on camera being very emotional about the news as well.

"Y'all are supposed to have four, five dogs looking for my baby," he said at the time.