Activists claim this was a case of excessive force and said the officer should be charged. 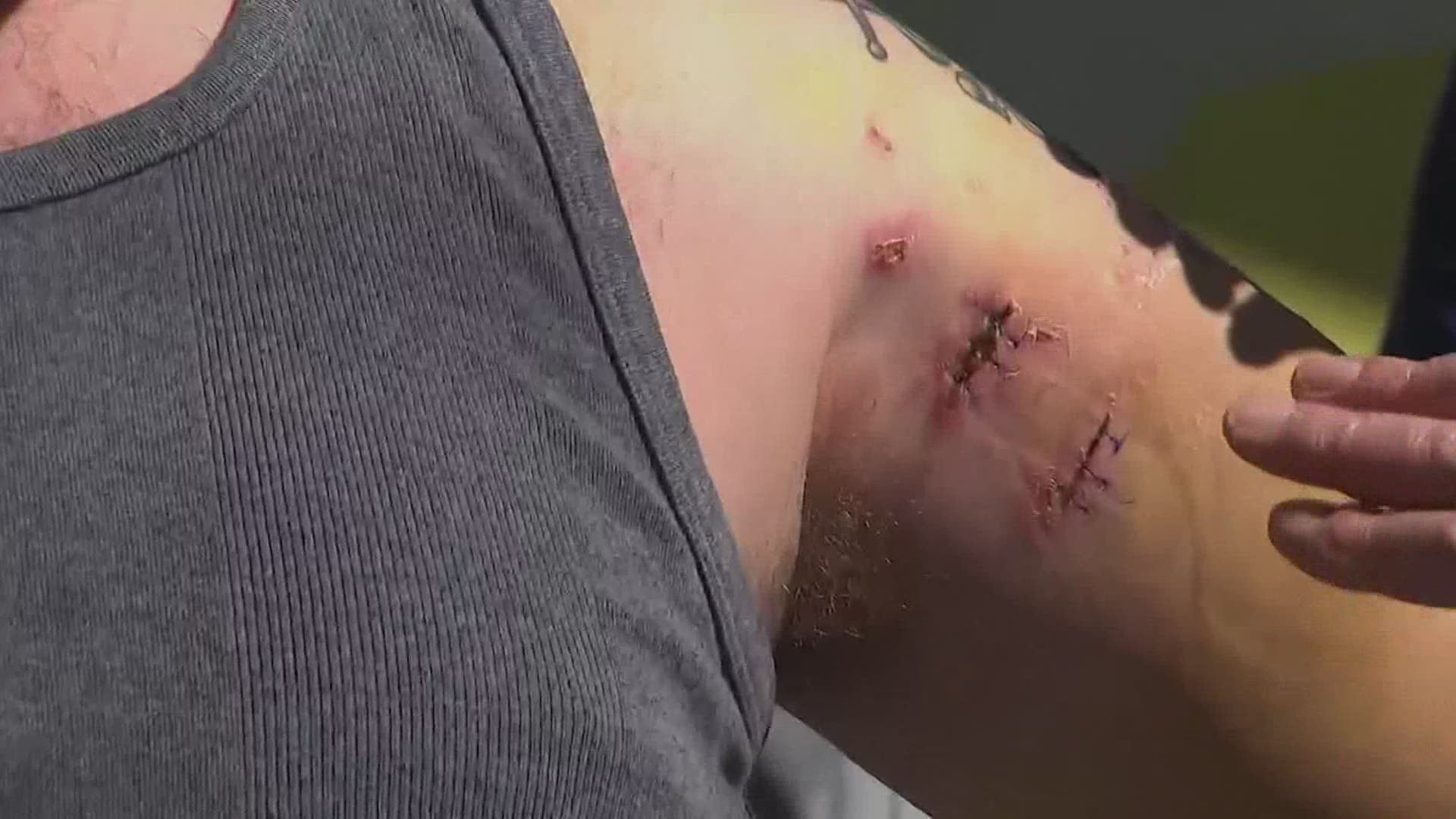 BAYTOWN, Texas — Activists are calling for the Harris County District Attorney’s Office to investigate after a Baytown K9 bit a man during a traffic stop.

They allege it’s a clear case of excessive force.

Baytown Police say 28-year-old Benjamin Benfer was pulled over for running a red light at around 10:45 p.m. on Valentine's Day.

A press release from the police department says Benfer ignored orders to stay in his car and repeatedly pulled away from the officer at the scene, so the officer deployed his K9 officer to help apprehend the suspect. Police also say there were open containers of alcohol in the car.

The incident was recorded by a neighbor and posted on social media. Benfer is seen crying out in pain as the K9 bites him.

Attorney Randal Kallinen says the traffic stop doesn’t justify the use of force. He says Benfer needed more than 10 stitches after the attack. He’s was still covered in lacerations and bruises during a press conference Monday.

“That’s the extent of what [police] filed in the courtroom. Benjamin Benfer pushed away with his hand”. For that, he was almost killed and maimed for life," said Kallinen.

Benfer was arrested for interfering with public duties. His girlfriend was detained that night as well.

Kallinen is calling for the Harris County District Attorney’s Office to investigate because he claims it’s the officer who should face charges.