The sheriff's office says the family friend who pulled the trigger is facing a pending manslaughter charge. 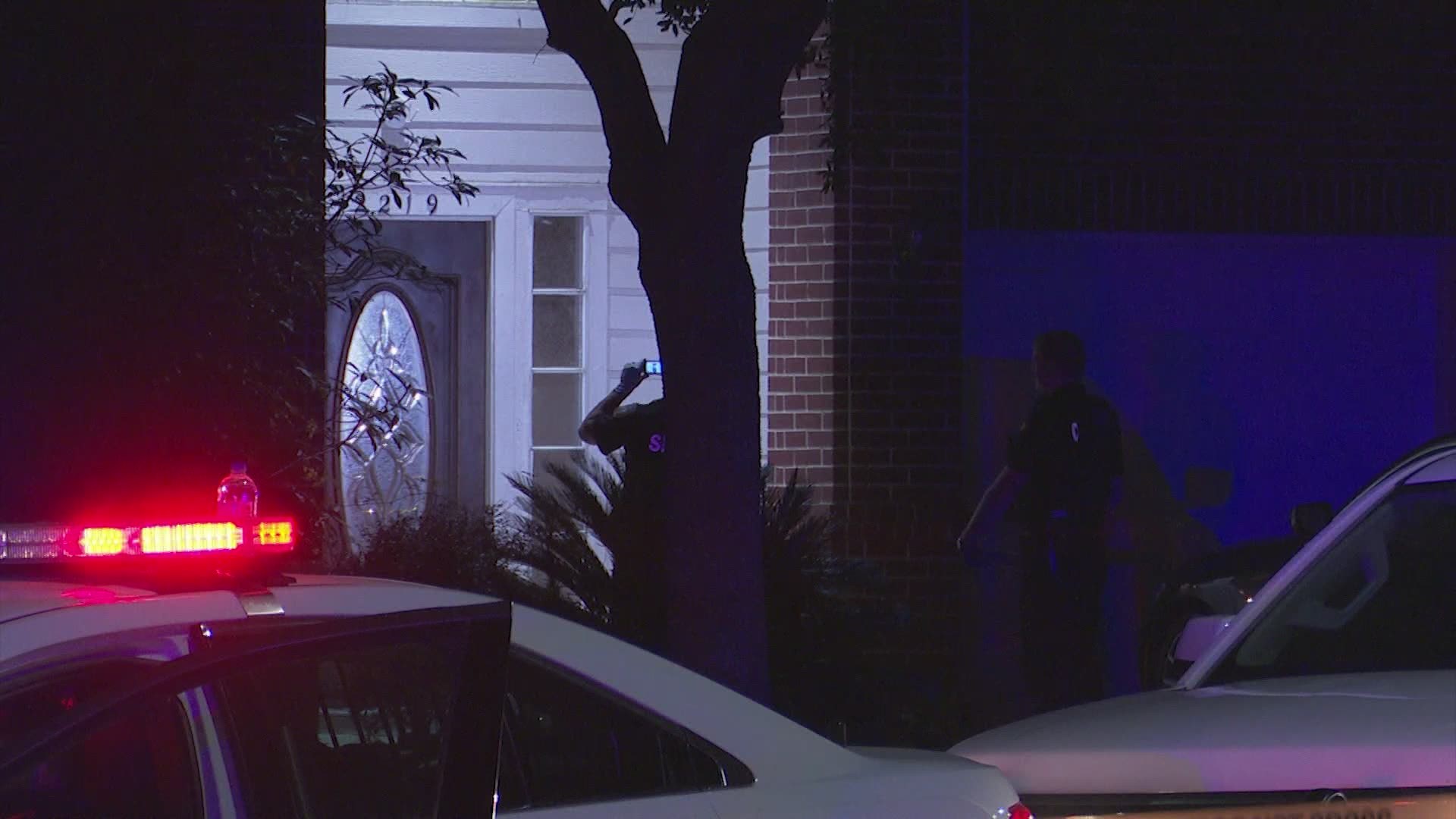 HARRIS COUNTY, Texas — Investigators believe a deadly shooting inside a north Harris County home overnight was an accident, but a friend of the victim is facing criminal charges filed with the district attorney.

The shooting was reported late Tuesday night in the 2200 block of Laurel Creek, according to Captain J. Shannon with the Harris County Sheriff’s Office.

The victim was in bed with his wife watching TV when a bullet flew through his bedroom wall, through a TV and then hit him. Deputies said the person who pulled the trigger was his on friend, who was in another room.

The victim's wife was not hurt.

Initially, Precinct 4 deputy constables responded to the scene believing it was a drive-by shooting. The victim’s daughter told deputies she found a bullet hole in an interior wall.

HCSO crime scene and homicide on scene of a shooting at 2219 Laurel Creek Dr. An adult man was shot and succumbed to his injuries. The scene is active and details scarce. @SheriffEd_HCSO @HCSO_D1Patrol @HCSO_LECommand @HCSOTexas pic.twitter.com/OZ0949mHRh

Investigators with the sheriff's office were also called in and looked over the scene, speaking with those inside the home. They determined the homeowner was accidentally shot by a family friend who was staying with them.

“Homicide Investigators interviewed Norez Hargrove, who was visiting the family. Hargrove stated he located a firearm inside the residence, after the family went to bed. He assumed the firearm was not loaded, pulled the trigger, and the firearm discharged,” stated HCSO officials in a later press release.

Hargrove, 50, is facing a pending manslaughter charge, according to the sheriff’s office.

The sheriff’s office later identified the victim as Gerald Peavy, 48.