What happens next after Larry Nassar, former trainer charges in Karolyi Ranch investigation

The ongoing investigation by Texas Rangers and the Walker County sheriff found no evidence of criminal wrongdoing by Bela or Marta Karolyi. 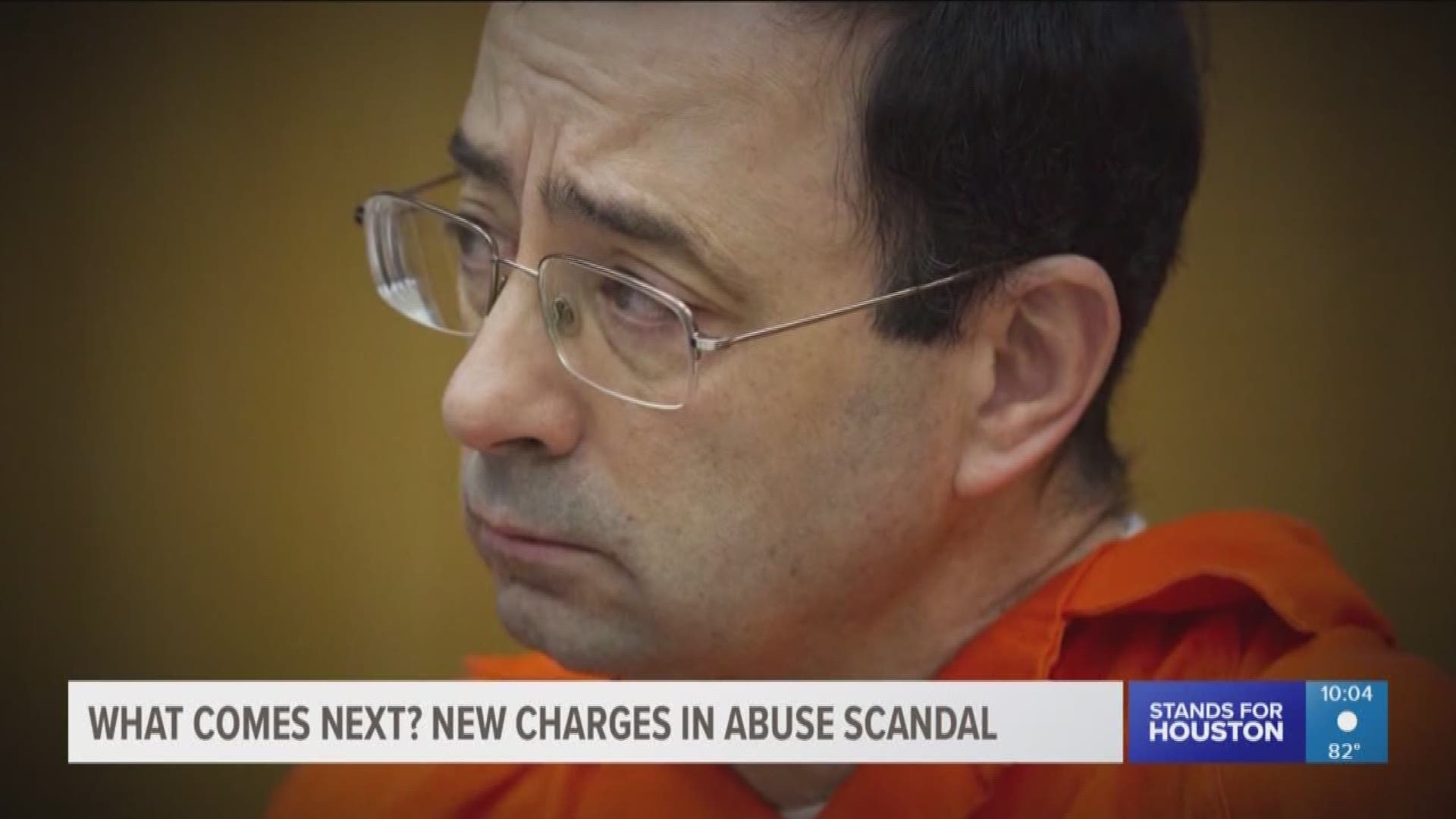 HUNTSVILLE, Texas — After a lengthy investigation into the abuse of young gymnasts at the Karolyi Ranch near Huntsville, Larry Nassar has been charged with six counts of sexual assault of a child.

Former USA Gymnastics trainer Deborah Van Horn is charged with one count of sexual assault of a child.

All of the charges are second-degree felonies.

“We’re frustrated. There were so many chances for something to be done. These women deserve to have their voices heard," said the Walker County District Attorney David Weeks. "I think the Karolyi Ranch has been painted by a brush that will not be forgotten."

The ongoing investigation by Texas Rangers and the Walker County sheriff found no evidence of criminal wrongdoing by Bela or Marta Karolyi.

“There was a total failure by USAG to protect these athletes. There however is no cooborating evidence to show the Karolyi family did anything wrong." the Walker County DA said.

He said the statute of limitations for failing to report child abuse has passed so no one will face those misdemeanor charges.

Attorneys representing some of the victims were disappointed by the decision not to charge anyone else.

"And to those little girls who had the nightmare of a their doctor coming into their rooms to abuse them under the guise of treatment, with Van Horn sometimes present, the Karolyis, Nassar, Van Horn, USAG—it was all one in the same, adults who failed to protect them, hurt them, and turned a blind eye towards their pain and suffering," said attorney Michelle Smith.

Here are the felony charges filed against Nassar and Horn. Walker Co. DA says ideally they plan to bring have these two face a judge in Walker Co.#khou11 pic.twitter.com/89vhbQmwYp

More than 150 girls and women have said they were abused by Nassar, including Olympic champions Simone Biles, Aly Raisman, McKayla Maroney and Jordyn Wieber. They have criticized USA Gymnastics for not having more oversight over Nassar, and not being more proactive in addressing the culture that allowed him to prey on young gymnasts.

Walker Co. DA Weeks on why charges now: “We’re frustrated. There were so many chances for something to be done. These women deserve to have their voices heard.”#khou11 pic.twitter.com/SgXZr1tDZd

This is the first criminal charge against Van Horn.

2010 world team member Mattie Larson said in court that Van Horn had been in the room “many of the times” that Nassar abused her.

“If a trainer, a professional trainer doesn’t say anything about it, I should trust her. At least, that’s what I thought,” Larson said. She testified Nassar began abusing her when she was 14 and continued until she stopped doing elite gymnastics.

Van Horn had worked for USA Gymnastics since 1988, and her most recent title was director of sports medicine services.

Despite the legal hurdles they may face, the Walker County DA's office says they have every intention of bringing Nassar back to Texas to face a judge.