A park ranger was pushed into the water at Commons Ford Metropolitan Park while telling a crowd to keep social distancing, according to an affidavit. 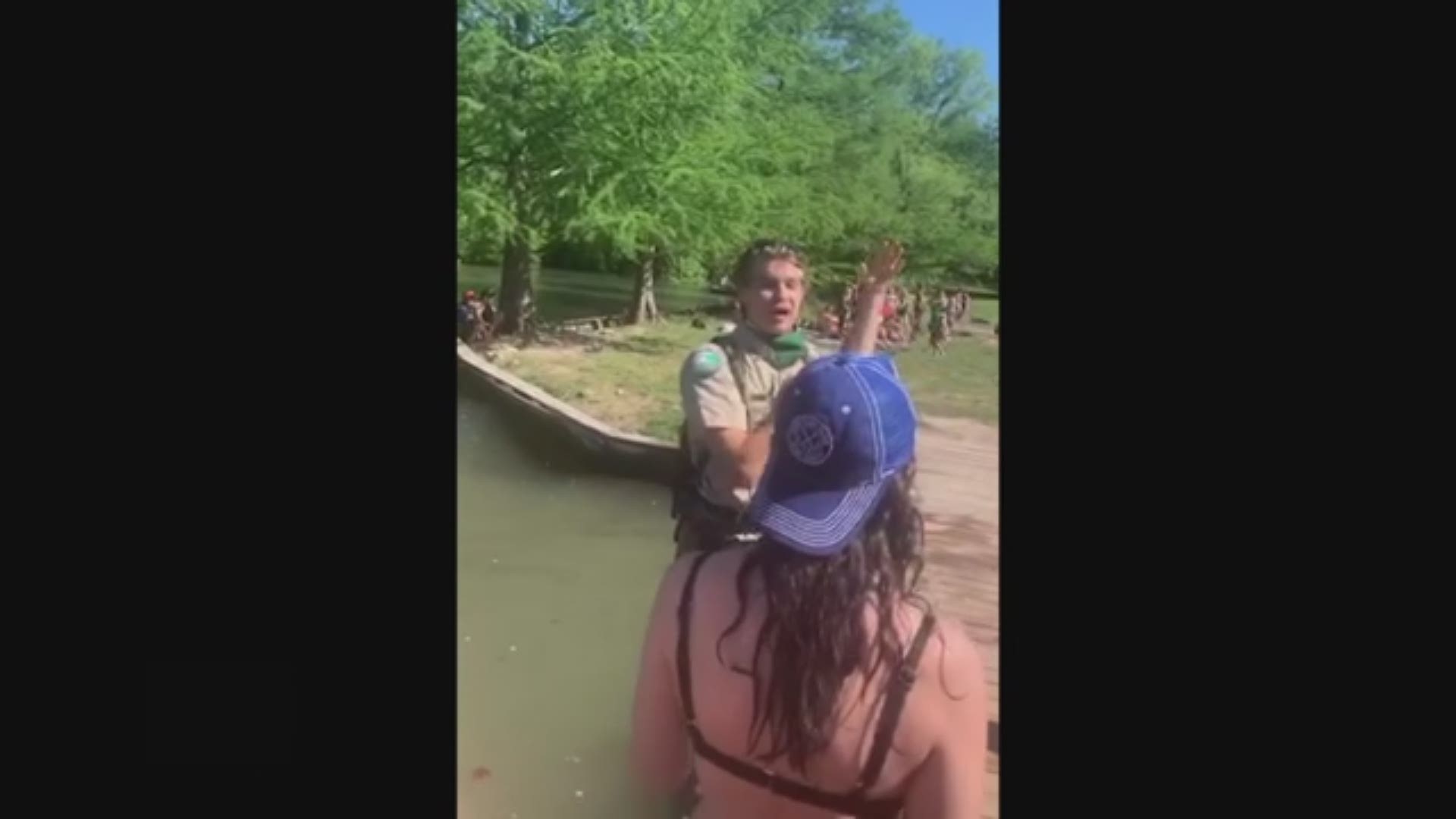 The ranger was approaching the crowd because they were unlawfully drinking and smoking in the park, according to an arrest affidavit.

In the video, you can see the ranger speaking to the crowd of people and asking them to keep six feet of distance from each other.

Some people in the crowd are heard saying “will do” and “I got you, man."

Then, a man appears on screen and pushes the ranger into the water. The man also fell into the lake and can be seen in the video climbing out and running away.

Video of the incident was posted on Reddit. WARNING: It contains offensive language:

An affidavit said Brandon Hicks, 25, forcefully pushed the ranger into Lake Austin. The affidavit stated Hicks' actions could have "caused the Ranger to strike his head on the dock as he was falling, and render himself unconscious in at least three feet of water where he could have drowned to death."

Hicks was charged with attempted assault on a public servant, a state jail felony, and was booked into the Travis County Jail.

His bond was set at $7,500, according to online county records.

The Austin Parks and Recreation Department released the following statement:

"The Austin Parks and Recreation Department (PARD) is saddened by the action taken against our Park Ranger. City of Austin Parks Rangers are essential workers who've been on the front-line of the City's response to COVID-19. They continue to work long hours educating the public on the various operational changes at parks and other PARD facilities.

Rangers are not law enforcement officers. The Ranger program was created to provide educational services, safety, and security in Austin’s parks and recreational facilities. Through these actions, Rangers help protect and foster stewardship of the natural world."

"Our Rangers continue to engage residents on the proper use of park facilities during the COVID-19 pandemic," added Kimberly McNeeley, Austin Parks & Recreation Department director. "We ask that the public treat Rangers with the same respect they wish to be shown to themselves. Public support is essential for Austin to meet the challenges of this pandemic."

LIST: These malls have reopened in the Austin area

LIST: Texas colleges planning to open this fall and some still evaluating

$1.2M in rental assistance to be distributed by Austin Housing Authority