An $11,000 reward is being offered for information that leads to Trent Paschal's arrest. He's accused of murdering his wife and stealing an SUV at knifepoint. 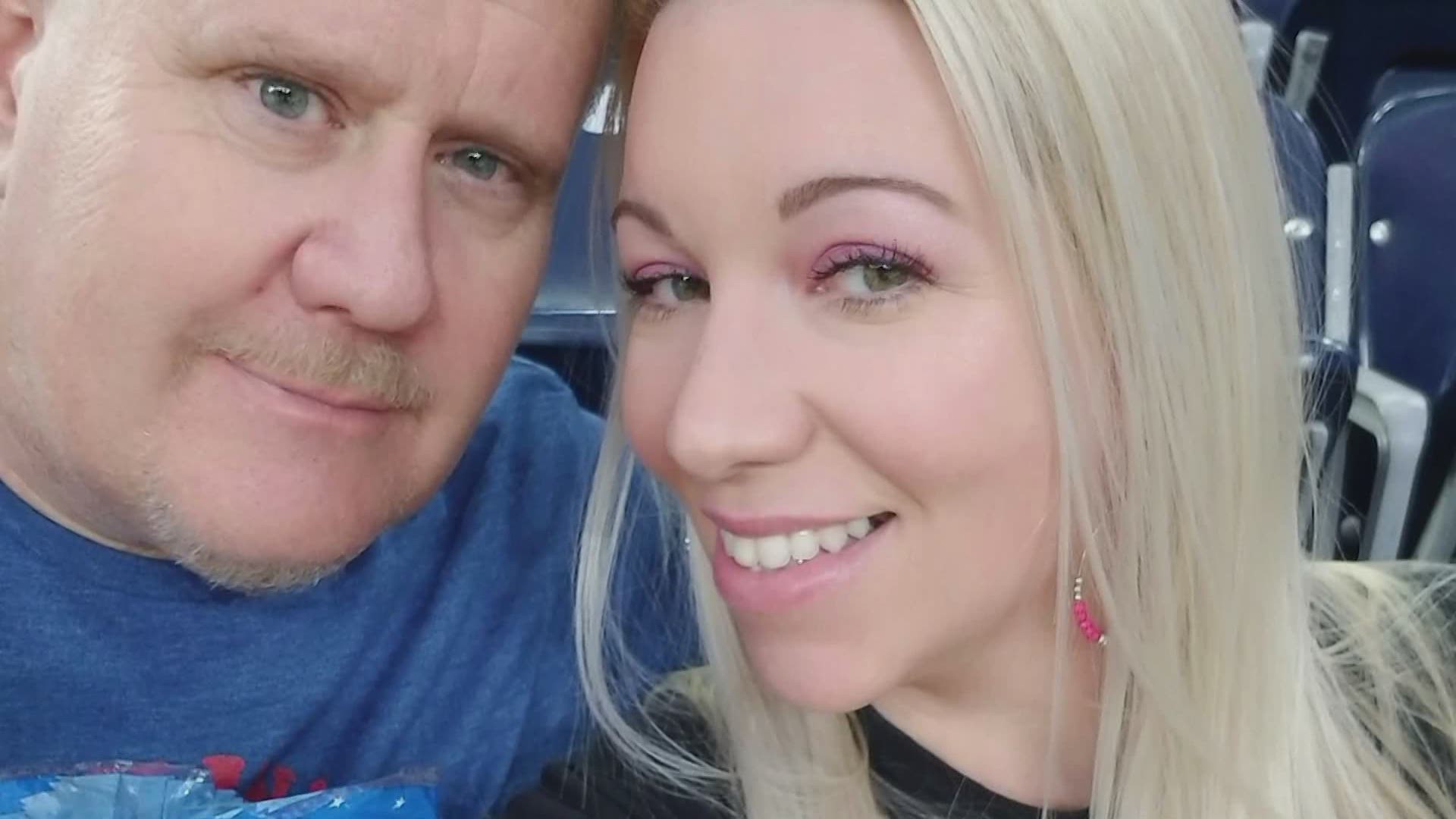 LA MARQUE, Texas — An $11,000 reward is being offered for information that leads to the arrest of a man accused of murdering his wife then stealing an SUV from a car salesman at knifepoint, according to law enforcement officials.

The U.S. Marshals Service is looking for Trent Paschal. He was out on bond, charged in the murder of Savannah Paschal, at the time of the alleged armed robbery.

Savannah’s father, Michael Kinchen, spoke to KHOU 11 about the case.

“She was just a loving, caring, beautiful individual,” Kinchen said, describing his daughter. “Savannah was an amazing, amazing person. She was a wonderful mother.”

It was Oct. 21, 2020, when La Marque Police say Savannah and her husband of eight years were arguing at their home. Eventually, he ambushed her and her mother, shooting and killing Savannah, according to police.

Kinchen said the violence came as a huge shock.

“He was very, very jealous,” Kinchen said. “(But) we had never seen any signs of physical violence. In a flash, it just exploded.”

Paschal then fled and was eventually found outside a Harris County Walmart. Investigators with the Harris County Sheriff’s Office say he refused to put down a pistol, then was shot by deputies.

After being released from the hospital, Paschal was booked on charges of murder, aggravated assault with a deadly weapon and felon in possession of a weapon. However, he bonded out of jail.

Then in April, deputies say Paschal slipped out of his GPS ankle monitor and went to USA Auto Brokers on North Shepherd Drive in Houston. During a test drive, deputies say Paschal pulled a knife on the car salesman and stole a black 2013 Chevy Tahoe SUV with black rims, chrome mirrors and chrome door handles.

A judge has since revoked Paschal’s bond, but he hasn’t been seen since.

Taking care of the children

Kinchen and his wife are caring for their two grandchildren, who are 11 and 7.

Kinchen says the past seven months have been heartbreaking trying to help his grandchildren through this loss while dealing with his own loss, too.

Kinchen is a supporter of Senate Bill 21, now being considered by lawmakers in Austin. Supporters say it will keep dangerous criminals from getting back out onto the streets. Opponents say it unfairly keeps people without money in jail simply because they can’t afford to pay.

Currently in Texas, almost everyone arrested has the right to be released on bail, except those accused of capital murder and certain repeat felonies. Bail can’t be excessive because defendants are still legally presumed innocent.

Kinchen says the constant anxiety of having to watch his shoulder is exhausting and they’re hoping someone turns Paschal in.

“Because he’s out there. He’s roaming free, and it’s unpredictable what he may do. And we just want this to be over," Kinchen said.