The 17-year-old is charged with exhibition of firearms, school district police said. 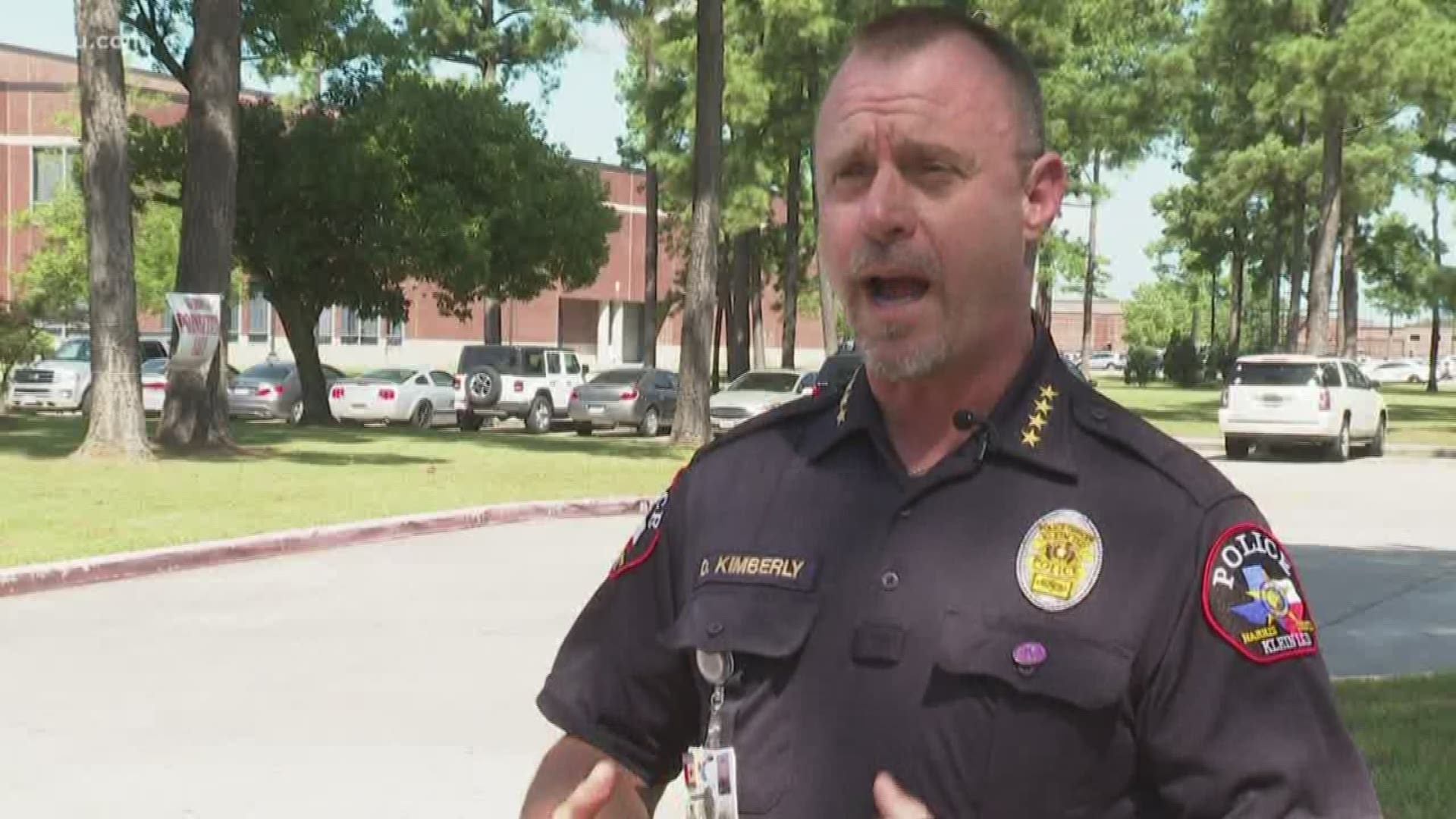 SPRING, Texas — A Klein ISD student is facing serious charges after allegedly bringing a gun to school and posting pictures holding the weapon with other students on social media.

Klein ISD Police Chief David Kimberly said 17-year-old Adam Smith is charged with exhibition of firearms. He said Smith was arrested on Sept. 20 after someone reported that he had a gun at Klein Collins High School.

The student said “he did not remember” taking the picture and denied ever knowing about the gun or posing with it, court documents state. The student then gave written consent to have police search his phone.

Pictures posted on Snapchat later helped identify other students who took pictures in the bathroom pointing the loaded gun. They have also been arrested and charged.

Students at Klein Collins High School know police are always nearby. Chief David Kimberly said when it comes to school safety, they’re all in it together.

“While we’re police officers and we’re highly visible and we’re moving about and we’re investigating, we have 54,000 students. That’s 54,000 sets of eyes and ears that can help us make sure that their campus is safe,” Kimberly said.

Chief Kimberly said a tip a possible gun on campus had officers immediately looking for the suspect.

“Minutes at best. It was very, very quick. Very, very swift action by our officers,” he said.

The chief others students knew about the gun and didn’t report it. A couple even posed with the weapon and posted pictures on Snapchat.

“Whether they were in the photo or whether they took the photos they failed to notify and they were actually charged as well,” he said.

Chief Kimberly credits the "Keep Klein Safe" program with giving its community of students, parents, faculty and staff the confidence to say something if they see something out of place.

On the district’s website, tips can be anonymously reported directly to police 24/7 by clicking on the "Keep Klein Safe" red button.

Chief Kimberly believes the mentality of being a snitch has recently changed for students.

“Sadly, we’ve had some large incidents like Santa Fe or Lakeland, Florida. Those pieces, that our students recognize that part of the safety component is them. You can no longer just stand by," he said.

Chief Kimberly said getting involved can help save lives.

He said they’re trying to teach students about the long-term consequences of getting in trouble with the law and the importance of keeping a clean digital footprint.