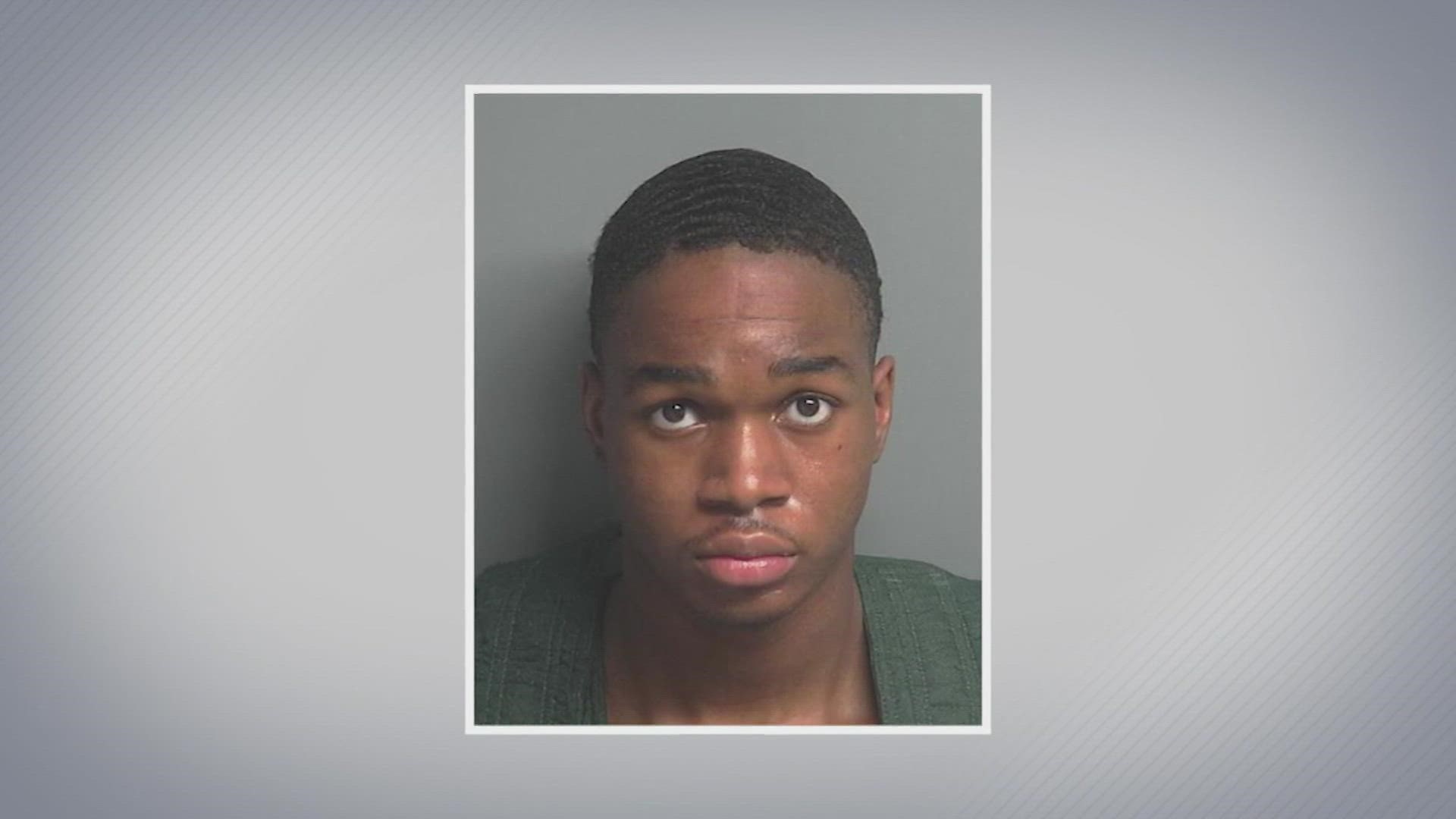 KINGWOOD, Texas -- A suspect has been arrested in the shooting death of a 14-year-old Kingwood teen, according to the Montgomery County Sheriff’s Office.

The suspect and victim were friends and classmates at Porter High School, according to Spencer. He said they were together before the Monday night shooting but didn't comment on a possible motive.

Smith was arrested Wednesday at a relative's home on Knights Tower Drive in Kingwood.

“If you’re at the residence, please exit with your hands up," the SWAT team blared through a speaker before forcing their way inside.

"This was not a random crime, this was somebody that knew him," Spencer said. "This was a horrific crime that was perpetrated by somebody who knew the victim."

Witnesses are still being interviewed and more arrests are possible, according to MCSO.

RELATED: 14-year-old shot and killed on Kingwood sidewalk was son of a Houston police officer

A concerned resident who lives in the Kings Mill subdivision just shared this picture with me. @MCTXSheriff #SWAT vehicles in their neighborhood earlier today.

She says she’s worried because her daughter went to school with the 14 year old who was killed. #KHOU11 @KHOU pic.twitter.com/ZWVMcIPaFC

The victim’s name hasn’t been released but HPD confirmed Tuesday that he was the son of a Houston Police officer.

The shooting happened around 8 p.m. Monday on a sidewalk in the 25000 block of N. Kings Mill Lane.

A woman walking near the intersection of Pauldron Drive told deputies she heard multiple gunshots and saw two males running from the scene.

She found the victim lying on the sidewalk. It appeared the teen had been shot multiple times.

Spencer didn't release details about a motive but said they have no evidence the shooting was related to an incident Friday night at Porter High School's homecoming dance.

New Caney ISD spokesperson Scott Powers confirmed there was an incident around 10 p.m. that started with a rumor that someone had a gun. As the rumor spread, students panicked and ran out of the school. Some parents rushed to the school to pick up their children.

Powers said NCISD police investigated and no gun was found. He said there were no shots fired and no one was hurt.

Powers said New Caney ISD never received information of a direct threat to the students. The investigation into the incident continues.

Anyone with tips about the shooting is asked to call the Montgomery County Sheriff's Office at 936-760-5800 or Multi-County Crime Stoppers at 1-800-392-STOP.