Police said they arrested Kevin Patrick Garrity in connection with Zhou's death and plan to charge him with accident involving death, a second-degree felony. 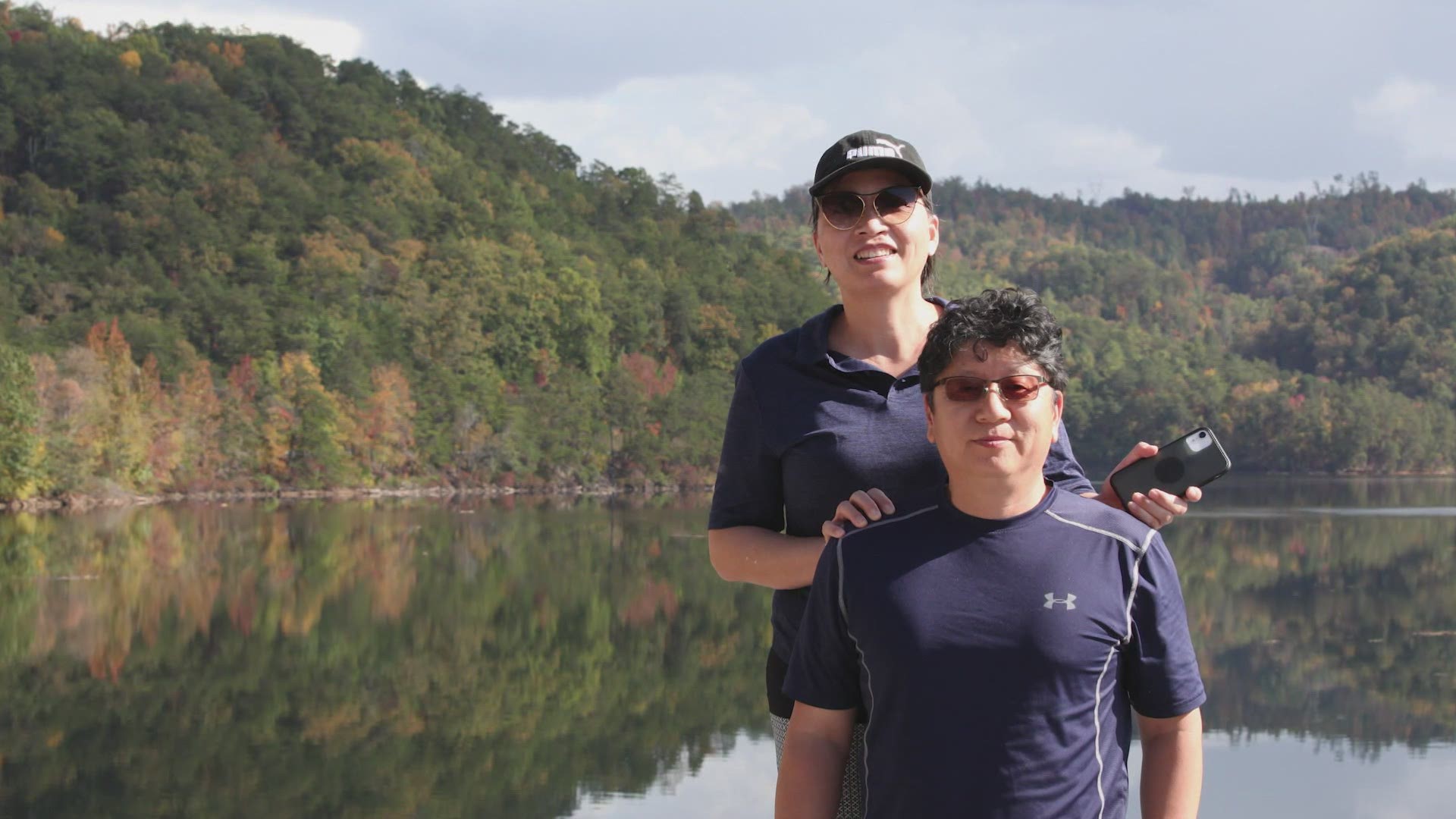 KELLER, Texas — Editor's note: The above video is from March 2021. The story was updated throughout Monday with details from the arrest affidavit.

Keller police announced Sunday that they arrested Kevin Patrick Garrity in connection with 58-year-old Feng Zhou's death in March and plan to charge him with accident involving death, a second-degree felony.

An arrest warrant affidavit says multiple items were collected for evidence from Garrity's SUV: timestamp data of erratic driving, a broken headlight, fender damage, a black hair and a receipt for vodka purchased hours before Zhou was killed in a hit-and-run.

Two days after the fatal crash, a patrol officer discovered the SUV believed to be involved in the hit-and-run death Zhou. He was struck by a vehicle at about 6:03 p.m. on Saturday, March 20, in the 1100 block of Johnson Road while on a walk with his wife.

Investigators believe Garrity was driving the vehicle when he struck Zhou and did not stop to offer help, according to an arrest warrant affidavit.

Zhou's youngest son, Zachary Zhou, described his dad as a quiet and kind Christian man. He said he loved his family, enjoyed fishing, and was a simple man of faith.

Feng Zhou immigrated from China to the United States to provide for his family. His son said he will always be grateful that his father showed love through his generous actions.

An arrest warrant affidavit says that investigators found plastic at the scene of the crash that looked like a headlight. A number on the plastic led investigators to believe it was a 2018 to 2020 Toyota RAV-4. They also found tire tracks, the document says.

After the crash, witnesses followed the suspected vehicle, which was described as a gray SUV with a description of a man who was bald, the affidavit said.

The vehicle was at the Olympus Waterford Apartments at 400 Bourland Road in Keller.

RELATED: Father killed in hit and run while walking with his wife; His sons demand justice

The vehicle was parked in front of a garage and a license plate showed the vehicle to be registered in Illinois, the affidavit said.

The garage door was open and the officer saw a man with short dark hair exit the garage with a key in hand. The officer asked to speak with him, who said he was named Kevin. He told the officer that the vehicle was company leased, the affidavit said.

The man grabbed his phone charger from the car and went back inside.

The officer saw the damage on the SUV was consistent with the headlamp debris found at the crime scene. A second officer was called to the location and also stated that the headlamp damage and vehicle damage fit the description of the crash, the affidavit said.

The officer made contact with the man, who smelled strongly of alcoholic beverage, according to the arrest warrant affidavit.

Garrity told the officer that the SUV was struck in the Kroger parking lot in Keller on March 20, the same day that Zhou was struck and killed.

He told the officer that between 8 p.m. and 9:30 p.m. he was inside the Kroger and when he got back to his SUV, it had been struck, the affidavit said. He called insurance but never filed a police report. The SUV was seized for evidence purposes.

With a search warrant, police observed broken plastic pieces that appeared to resemble the lens pieces found at the crime scene, according to the document.

The officer was able to take the pieces from the crime scene and tape them back together. He retaped the pieces inside the damaged front right corner of the SUV, the affidavit said.

"When placed together, the fragments found inside the vehicle and at the crime scene matched," the arrest warrant affidavit said.

A black hair was found near the damaged right fender/hood area and was collected as evidence, the affidavit said. Possible blood was observed on a piece of plastic lens from the accident crime scene and on the front bumper of the suspect vehicle.

During a search of his apartment, investigators found a receipt from a liquor store for a bottle of vodka at 12:20 p.m. on March 20, hours before the fatal crash.

A neighbor captured audio of the crash from their doorbell camera and shared it with police.

Vehicle data recovered from the SUV showed multiple trigger events during that time period, including sudden braking and pressing on the accelerator immediately after the brake pedal.

During the search of the vehicle, police found a receipt from Walmart which was dated 10:38 a.m. on March 21. Video at Walmart showed Garrity wearing a blue Under Armour long sleeve sweater, darker-colored athletic pants and gray shoes. Walmart surveillance video showed Garrity walking to and entering the SUV with apparent damage to the front portion of the vehicle.

Zhou's son Zachary was in Minnesota when he video-called his father, unconscious at the hospital, to say goodbye one last time. He said his father would have forgiven the person who killed him, and that his mother already has.

“When I was in Minnesota hundreds of miles away from my dad in a hospital, just wishing I could hold his hand, I also forgave him,” said Zachary.

Feng Zhou is survived by his wife and two sons, Albert and Zachary. A GoFundMe was created to help with funeral expenses and start a foundation in Zhou's name.