Investigators said they are having a hard time keeping these thieves in jail because victims do not want to help with prosecution. 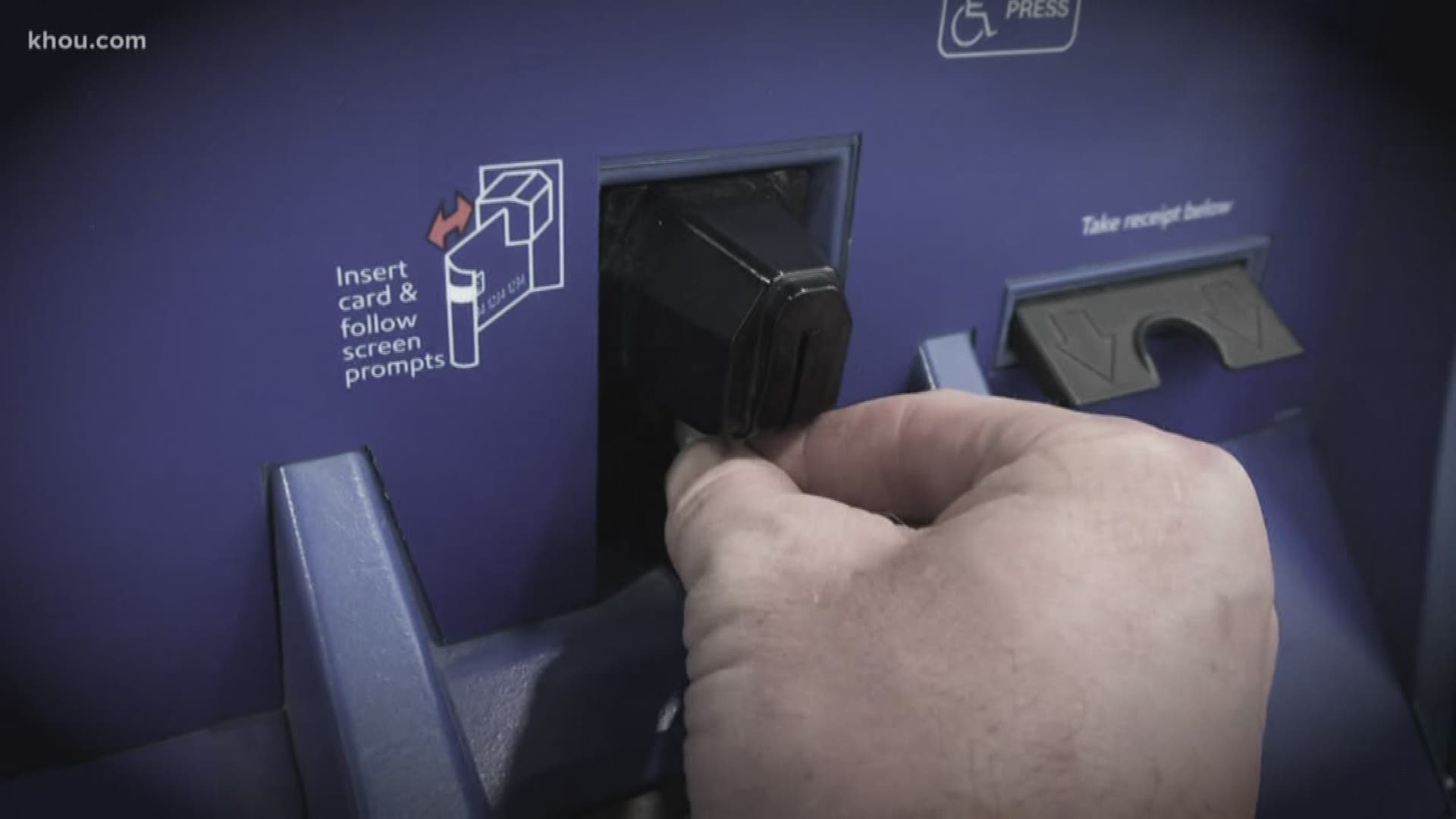 “This is just an easy way for (thieves) to make a buck,” said an undercover officer with Katy Police Department.

They also have several cases pending from other recent arrests for similar crimes. Thieves use trucks to pump up to 500 gallons of diesel into hidden tanks, officers said.

It is happening at gas stations in Katy and surrounding areas, according to investigators.

One pick-up truck used had a toolbox in the bed converted into a fuel tank. Meanwhile, a box truck had an oversized container under its passenger side.

A scam involving cloned credit cards fuels it all, according to investigators.

“We’ve seen one (suspect) had as little as five (cards), another 105,” an undercover officer said.

Thieves skim numbers, load them onto gift cards then distribute to other members of their ring to shop for diesel. Some crews work full days going from gas station to gas station, police said.

However, when officers catch some suspects, some people ripped off want no part of police.

“Number one they’re suspicious of us because they’ve already been victimized,” the undercover officer told KHOU 11 News. “A  lot of times (victims are) from other states and they’re a little leery to participate in prosecution.  The end result of that is then the suspect goes free and they go right back out and continue to do the same thing victimizing hundreds more people in just a matter of days.”

To keep those arrested in jail longer and get hiring bonds, Katy PD works with the Texas Comptroller who can hit thieves with second-degree felony tax evasion charges.

Still, police warn people to pay attention at the pumps and help them crackdown on scammers and thieves.