Supporters of the missing Maleah made their presence known as the girl’s mother, Britney Bowens, left the courtroom with activist Quanell X. 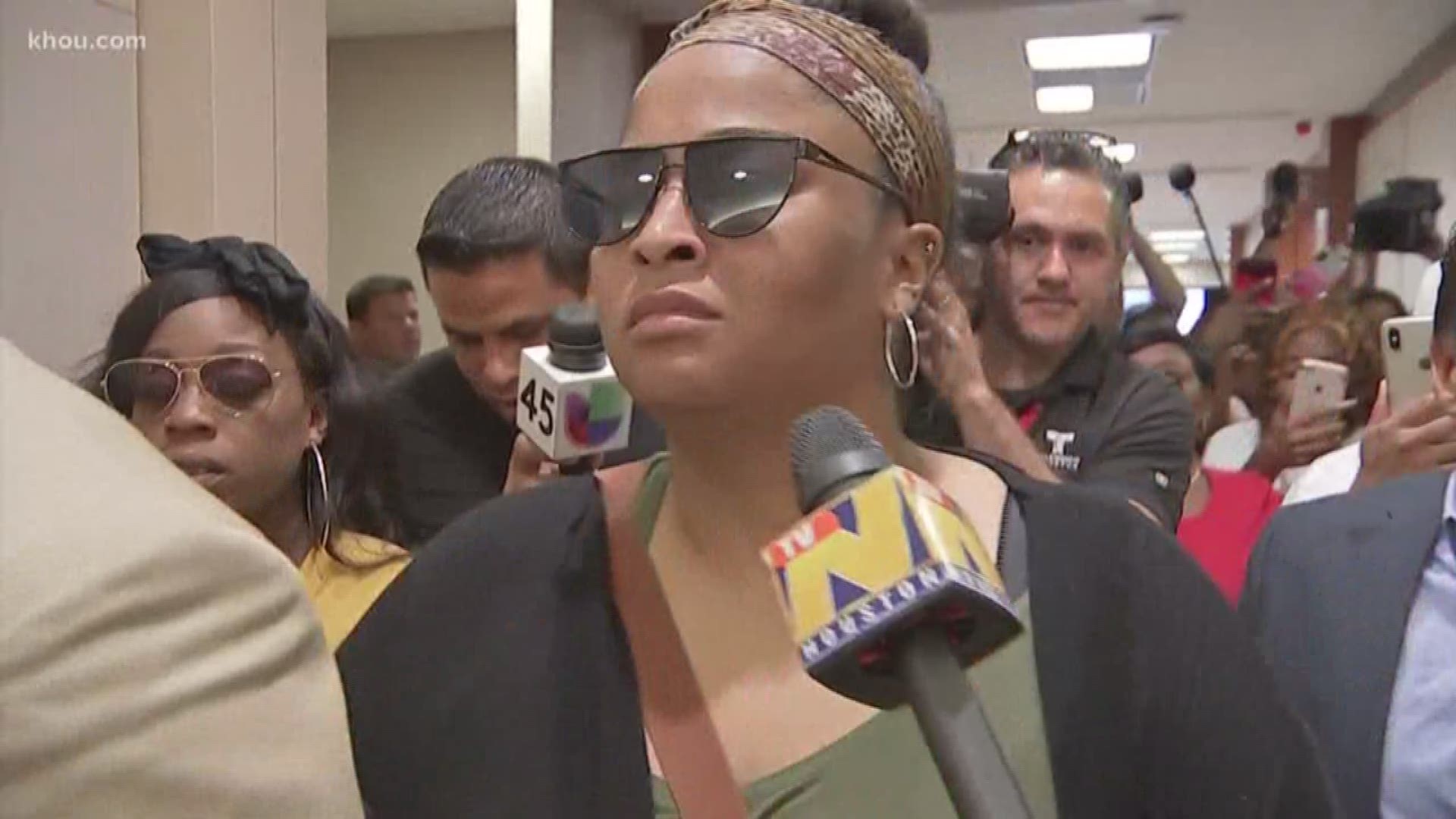 Four-year-old Maleah has been missing for more than a week now. Vence is charged with tampering with evidence related to human corpse but the girl has still not been found as of Monday morning.

RELATED: This is the last known photo of missing 4-year-old Maleah Davis

Supporters of the missing Maleah made their presence known as the girl’s mother, Britney Bowens, left the courtroom with Quanell X. Quanell X told reporter that Bowens was not going to answer questions at this time prompting even more chants for Maleah’s supporters.

The crowd gathered behind cameras set up just outside the courtroom.

Throughout the interview you could hear them screaming at Bowens, berating her and blaming her for what happened to Maleah.

At one point, someone pleaded with her to confess that she somehow was involved in Maleah's disappearance.

Bowens hid behind Quanell X as the crowd went on. In between the shouts KHOU 11 News managed to get a few questions in.

When asked about discrepancies with the timeline of the trip Bowens took to Massachusetts and Maleah's disappearance, Quanell X, who was speaking on behalf of Bowens, got defensive.

KHOU 11 News also asked about some of the claims he's made about the case – particularly details not confirmed by law enforcement – he said that he's been giving pertinent information to investigators that have helped with this case.

“The main thing right now that all of us want to know is what did he do with Maleah – bottom line," the activist said.

Vence wasn't at Monday morning's hearing, which was rescheduled.

It could be July before he makes another court appearance.

RELATED: 'We know she's still missing' | Stepfather in Maleah Davis case due back in court