Kendrick Akins, 39, is charged with murder and aggravated assault in the death of Dominic Jefferson, 33. 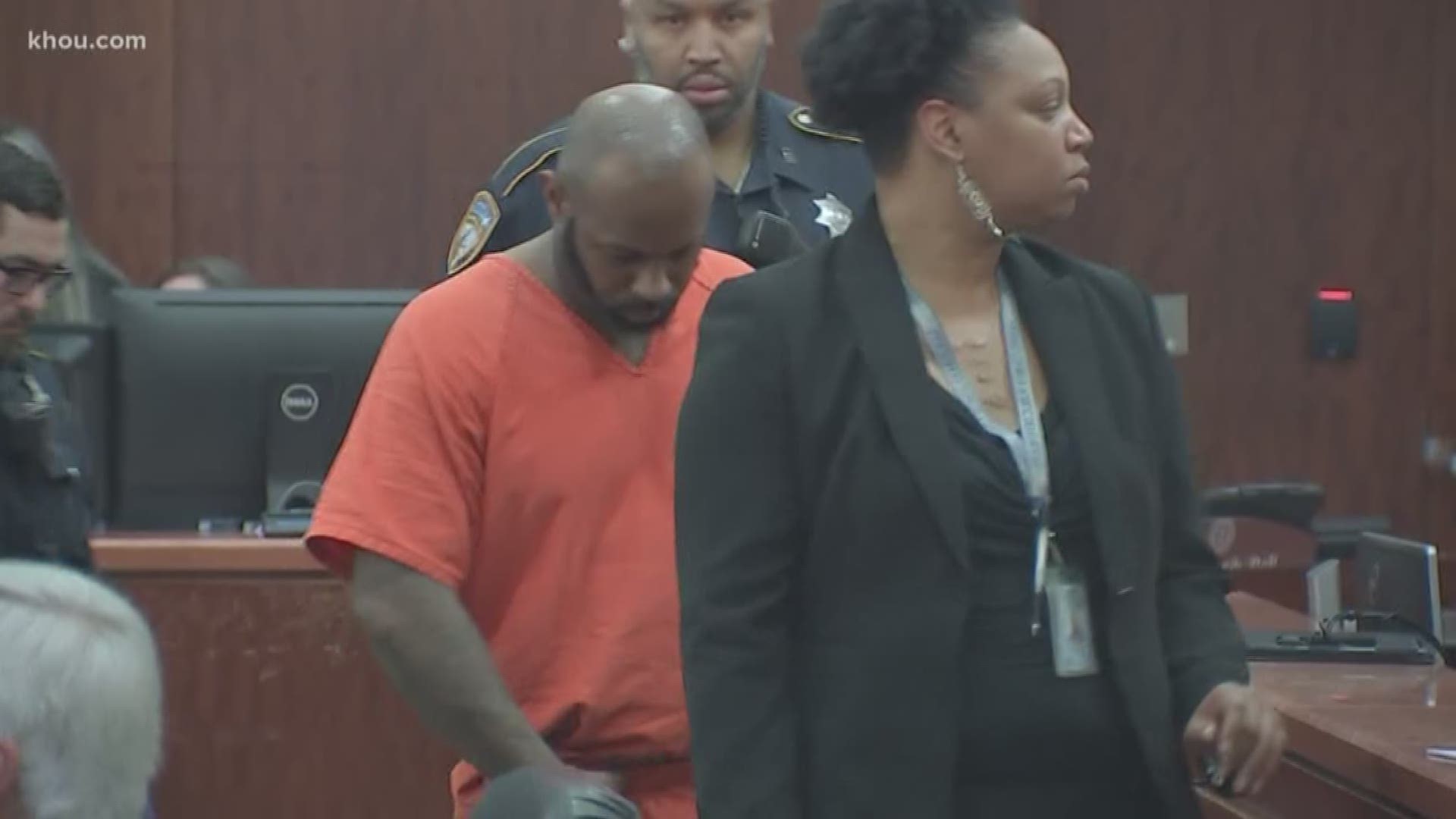 HOUSTON — A judge increased the bond for a murder suspect accused of shooting and killing his fiancée just three days after he proposed to her.

Kendrick Akins, 39, is charged with murder and aggravated assault in the death of Dominic Jefferson, 33. He was initially considered a person of interest and before he was eventually charged.

Prosecutors say he shot Jefferson in the chest over the weekend following an argument at an apartment complex parking lot in northwest Harris County.

Akins made his first appearance before a judge Monday morning. The judge increased his bond on the murder charge from $150,000 to $250,000.

He is also charged with aggravated assault after police say he opened fire on a good Samaritan who tried to help the victim. The bond for that charge remains at $75,000.

Prosecutors say Akins somehow got a gun while out on parole and that he has a history of domestic violence.

On Monday, they asked a judge to raise his bond calling him a danger to the community. A judge granted that request.

"Just based on the charges alone, based on the PC (probable cause) statements that are public record, it's a good day not to have a fear of continued violence at this point," Prosecutor Michael Hanover with Harris County District Attorney's Office said.

Some of his bond conditions include: No contact with the victim's families, wearing a GPS ankle monitor and staying in Harris County.

Police said Akins shot at a person who tried to help the victim and then fled the scene.

A witness told police that she and her boyfriend know Akins and Jefferson and that he is known to carry a weapon. She added the couple is known to argue and have done so in the past.

The witness told investigators the couple had an argument the day before the shooting where Jefferson grabbed Akins’ cell phone and threw it against a hard surface, breaking the phone.

The witness said she and the victim were going to pick up the witness’ boyfriend from work, but the victim’s car wouldn’t start. Akins went outside to check on the car, but Jefferson kept yelling at him not to touch her car.

The witness says Akins watched her attempt to fix the car’s battery to get it to start. She said the arguing continued between Jefferson and Akins when he grabbed a handgun from the front right pocket.

The witness told investigators that is when she backed away and heard Jefferson say, “go ahead, shoot me, shoot me!” She says Akins shot the victim once in the chest.

Investigators say another witness lives in a nearby complex and heard the arguing leading to the shooting.

The good Samaritan then ran from his unit and hopped a fence to check on the victim. After asking the witness what had happened, she told him that Akins had shot Jefferson.

The witness told police that suddenly Akins reappeared and screamed at the good Samaritan, “What did you just say? What did you say?” before he shot at him at least once.

The good Samaritan told police he dove into some bushes and pretended to have been shot and was dead in hopes that Akins would go away.

Witness said Akins walked over to the good Samaritan, who lay motionless on the ground, grabbed his phone and took off.

Akins later arrived at a HPD patrol station midday Saturday for questioning and was then arrested once he was charged.