Elmer Manzano is charged with capital murder for the shooting death of HPD Sgt. Harold Preston. 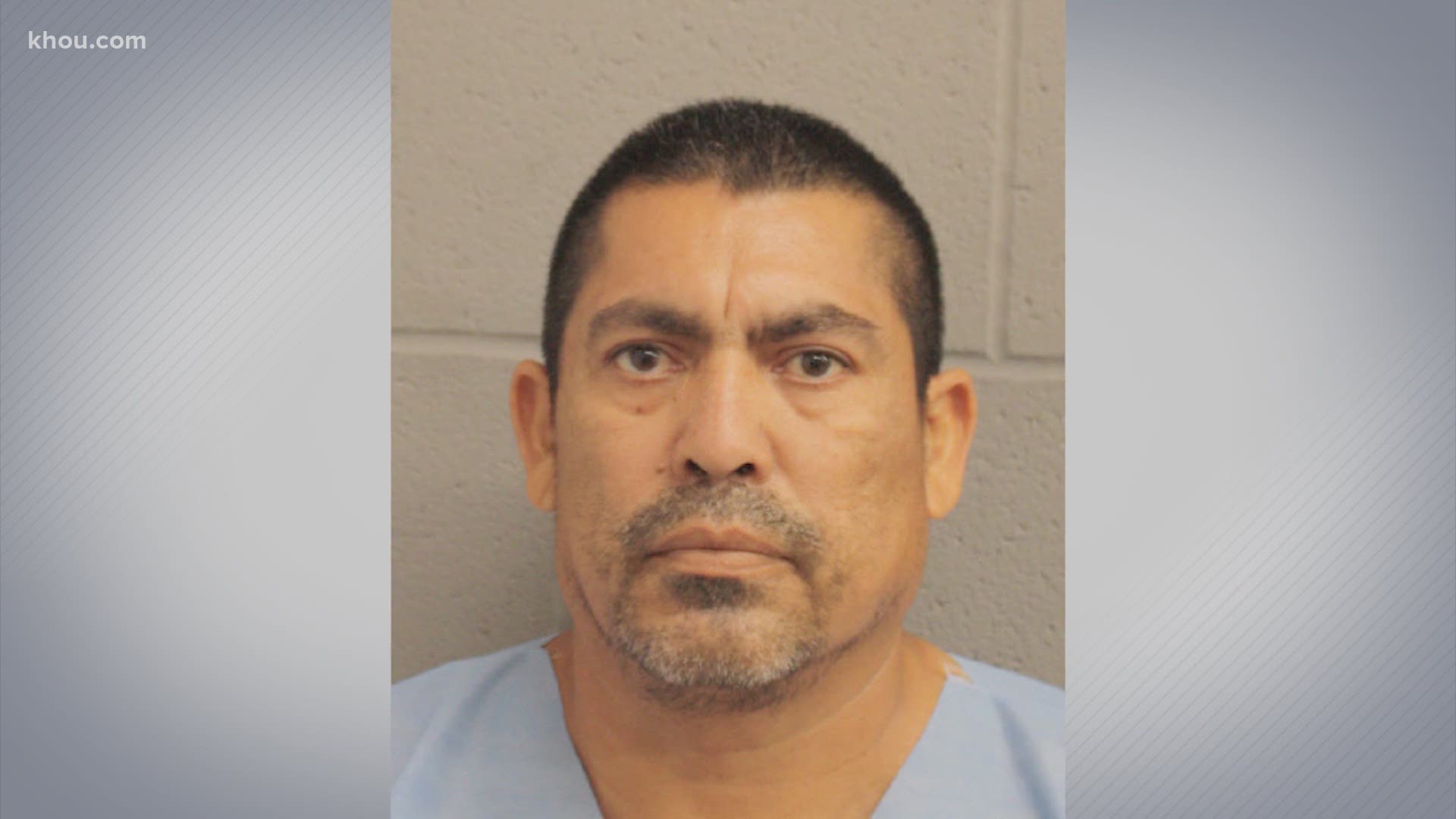 HOUSTON — Elmer Manzano, 51, was booked into jail wearing handcuffs that belonged to Sgt. Harold Preston, the HPD officer who was shot to death last week.

Also Monday, a judge denied bail for Manzano in Preston's death and set it at $500,000 for Waller's shooting.

Prosecutors argued that the defendant has a criminal history, including family violence, and poses a flight risk because he's from El Salvador.

The two police officers were shot while responding to a domestic violence scene in the 2600 block of Holly Hall on Tuesday, October 20.

Prosecutors say Manzano fired several shots at Preston and Waller and also shot his 14-year-old son who had opened the door for the officers. They denied his claims that the officers fired first.

Sgt. Preston, who was two weeks away from retirement, was struck in the head and chest and later died at Memorial Hermann Hospital.

Officer Waller remains in the hospital. He and the boy are expected to be okay.

A public visitation for Sgt. Preston will take place on Wednesday, October 28, from 11 a.m. to 6 p.m. at Texas Southern University. It will be held at the Granville Sawyer Auditorium, 3100 Cleburne Street.

A private memorial service to celebrate Sgt. Preston's life of will be held this Thursday, October 29, at Grace Church at 14505 Gulf Freeway.

On Saturday, a department-wide police motorcade carrying Preston's family will drive through Houston so the public can say their final goodbyes.

The motorcade will then head to East Texas, where Preston will be laid to rest.