The presiding judge for the 164th District Court is charged with seven counts of wire fraud. 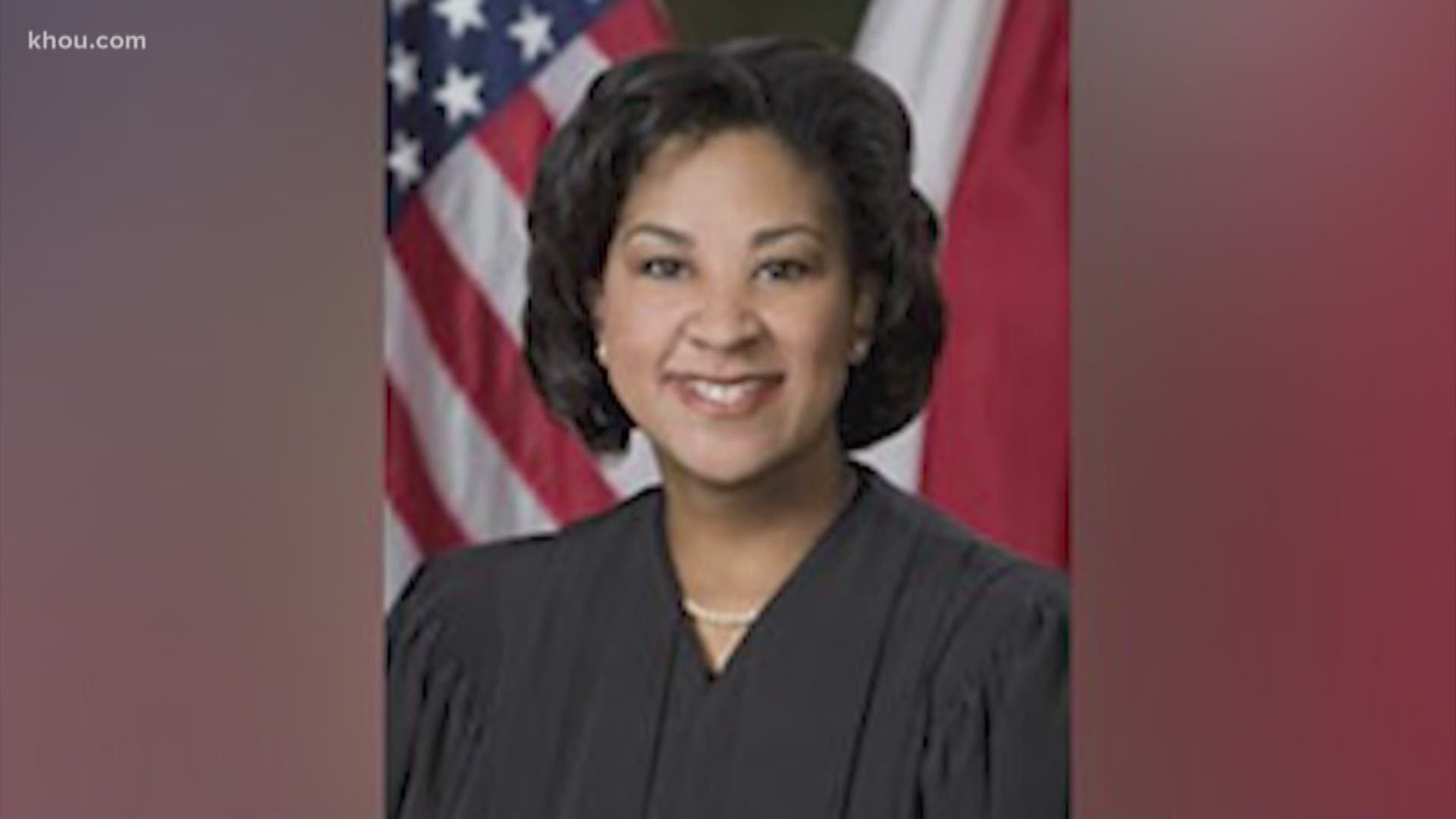 HOUSTON — EDITOR'S NOTE: The video above is from the Nov. 8 report of Judge Alexandra Smoots-Thomas' indictment.

Judge Alexandra Smoots-Thomas, 44, is the presiding judge for the 164th District Court for the State of Texas and has jurisdiction over Texas civil cases in Harris County. She is charged with seven counts of wire fraud. The federal indictment detailed she allegedly spent campaign donations on personal expenses.

The State Commission on Judicial Conduct issued the suspension on Tuesday pending her criminal matter. She is suspended without pay.

Smoots-Thomas, who previously used the name Smoots-Hogan, allegedly embezzled campaign contributions individuals and political action committees had made to her re-election campaigns.

But Smoots-Thomas’ attorney Kent Schaffer said she paid them back.

“We had several meetings with them to explain the entries of several charges, and the fact that the charges were reimbursed," Schaffer said.

Instead, Schaffer is calling this political prosecution, saying prosecuting a state judge for a state crime in federal court has never happened before.

“She’s a black female Democrat, and I think they saw this as an opportunity to get her off the bench and try to start putting Republicans back on the bench in a county where there’s none that exist," Schaffer said.

KHOU 11 political analyst Bob Stein said the defense may try to justify some of those charges as campaign expenditures.

“Paying your mortgage payment is not a campaign activity, but I can imagine buying jewelry and cosmetics while she was on the campaign trail, might be," Stein said.

He said, though, if a candidate misuses campaign funds, they usually get the opportunity to pay it back before charges are filed.

“It often leads not to a criminal prosecution, but to some correction, and usually in a public way," Stein said.

If convicted, each charge carries a punishment of up to 20 years in federal prison and a fine of up to $250,000

Schaffer said Smoots-Thomas will not be removed from the bench unless she is convicted.

“The defendant in this case is a judge, whose responsibilities are to make sure the law is followed and carried out,” stated Special Agent in Charge Perrye K. Turner, of the FBI - Houston Division. “She was entrusted to serve the citizens of Harris County with duty and honor. However, the allegations contained in today’s indictment show that the judge put personal enrichment over this duty and honor."

According to her election website, Smoots-Thomas was born and raised in southeast Houston. She attended school at UT-Austin, University of St. Thomas and South Texas College of Law. Her law career began in Houston before she was elected in 2008 to her first term as a civil district court judge. She was elected to a second term in 2012, and in 2016 she ran unopposed in the Texas 164th District Court Democratic primary, according to Ballotpedia, eventually winning a third term.